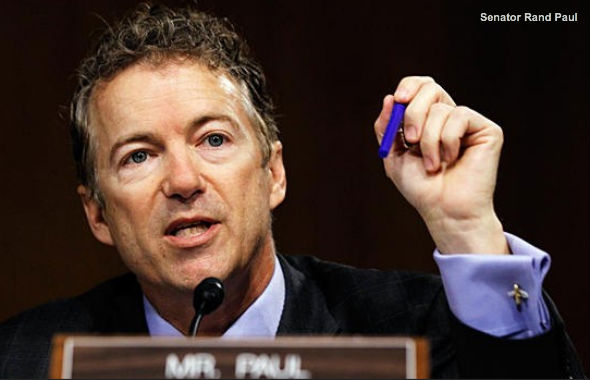 Here’s the problem. The icon of democracy McCain, Graham and others are now defending is the same President Morsi backed by the anti-American terrorist group the Muslim Brotherhood and the same President Morsi who tossed aside Egypt’s nominally Western-law code for one based on Sharia – the Islamic-based code favored by the Taliban, the Muslim Brotherhood and other Islamic terrorist organizations.
Neo-con American politicians, such as Republican Senators John McCain and Lindsey Graham, are decrying the ouster by the Egyptian military of Egypt’s duly elected President Mohammed Morsi and calling for an end to American aid to Egypt.

Senator Graham was particularly blunt in comments reported by CBS NEws. One of the conditions of U.S. aid to Egypt, he said, "is that the military had to abide by the rule of law, and that if the democratically elected government is overthrown by the military, you would suspend all assistance."

All of the discussion about ending military aid is driven by a 2012 appropriations law that bars assistance to the government of "any country whose duly elected head of government is deposed by military coup d'etat" or a coup in which the "military plays a decisive role."

At stake is $1.3 billion in aid money that was quietly authorized in May by Secretary of State John Kerry, in spite of the Morsi government's failure to live up to its promises of economic and social change. President Obama pledged an additional $450 million in March. According to CBS, Congress has frozen $260 million of that aid package, and congressional approval is needed to disburse it.

The icon of democracy McCain, Graham and others are now defending is the same President Morsi backed by the anti-American terrorist group the Muslim Brotherhood and the same President Morsi who tossed aside Egypt’s nominally Western-law code for one based on Sharia – the Islamic-based code favored by the Taliban, the Muslim Brotherhood and other Islamic terrorist organizations.

It is a cinch that there are plenty of senior officials in the U.S. national security and intelligence establishments that are quietly applauding the ouster of Morsi because they were wary of where Egypt was headed under the influence of Morsi’s Muslim Brotherhood-dominated government.

What’s more, leaders of Egyptian civil society, including political and religious leaders, have made it clear that the overthrow of Morsi wasn’t an anti-democratic "military coup d'etat," but a pro-democracy popular uprising against the Morsi government that the military simply recognized and acted upon.

So if we understand the scenario advocated by McCain, Graham and other neo-cons correctly, a popular uprising in Egypt has thrown-out an anti-American aligned with a radical Islamist terrorist organization and as a consequence we’re going to cut off aid to the new government.

Make sense to you?

We didn’t think so.

The problem, as Senator Rand Paul noted in an op-ed for CNN, "with constantly intervening in these troubled parts of the world is that there are often no clear good guys or bad guys. Today's ally can quickly become tomorrow's enemy. This should be a paramount and obvious concern, but in Washington it is almost always treated as an afterthought.”

Either we back brutal dictators who have no popular base and no respect for our national values, or we give knee-jerk support – and billions in taxpayer funded aid – to any government, no matter how uncooperative with our national interests it might become, just as long as there were ballots involved in its selection.

Senator Paul went on to ask "what kind of example do we set when we side with the enemies of freedom? How can we have influence in troubled parts of the world when we cuddle up to regimes responsible for much of the trouble?”

Obama, neo-cons in Congress, the 40 U.S. military personnel we just sent to Egypt as "peacekeepers,” and the average American taxpayer, must now face the reality that, despite the trillions invested, our American government has done a lousy job of picking winners and losers in foreign political contests.

Senator Paul's answer to the current situation in Egypt is one we agree with and recommend to U.S. policymakers: "You cannot give people liberty. They must fight for it themselves. People around the world seek to emulate and embrace our concept of freedom. America should continue to lead, something we often do best by example."