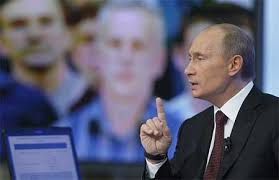 Is the sentiment pendulum finally start to swing back in Russia's direction? Last week fund manager megastar Jim Rogers said that he might start invest into Russia and Russia has attracted more portfolio investment than any of the other BRIC countries with five weeks of unbroken gains. Some analysts have even been incautious enough to start talking about an autum rally for Russian equities.
Rogers comments in an interview to CNBC TV are so shocking as he is famously down on Russia. and in the past said that the country is a kleptoracy so that he would never even look at it as an investment destination.
"I do not invest in Russia now but for the first time in my life I have started considering it," Rogers said on the show.
Instead he has been bringing up his two daughters to speak Chinese. Rogers claim to fame is he was a co-founder with George Soros of the Quantum Group that broke the bank of England in 1992, forcing it out of the Exchange Rate Mechanism and making the two men billionaires in the process.
However, with Chinas economy slowing down and Brazils currency soaring to the point where the central bank has imposed currency controls, investors are starting to cycle out of the fashionable BRIC countries and into the unpopular ones.
Russia has enjoyed five weeks of net inflows according to EPFR Global and attracted more new money than any other emerging market through August, except for South Korea. Troikas Chris Weafer said in a note this week that investors should start positioning themselves for a possible autumn rally.
Data provided by EPFR Global show that investors added a total of $4.3bn into all EM funds in August. That compares with a net redemption of $189m for July and a loss of $869m in June. Despite the considerable uncertainty still prevalent in global markets, fund investors are generally optimistic that policymakers will come up with the right formula to at least provide a platform for an autumn rally.
Russia was one of the winners in August, adding $90m (0.66% of AUM) last week, bringing the total for August to $244m. This is modest for sure but was still the second highest figure among emerging market funds after South Korea, which attracted $866m.
There are two factors driving investors into Russia. The first is simply that there is nowhere else to go. The it girls of emerging markets China and Brazil are both looking very rough after partying for so long. At the same time fears of a renewed crisis in Europe are rising and will not abate for the foreseeable future, while America is looking a bit better but not much.
Second is Russia is looking more attractive than ever. The politic fears that followed the first street protests have diminished as it becomes increasingly clear there will be no Russian spring as the opposition has failed to any progress in transforming itself from a popular protest movement into an effective political force.
As the hubris surrounding the protest story dies (all those BBC reporters flow in for the marches have gone home again) and the Eurozone crisis rumbles on without coming to conclusion, investors are turning slowly back to look at fundamentals. And Russia shines on this score even if its economy is slowing thanks to the pall of gloom that hangs over the whole world.
Does that mean stocks will go back towards their record highs set in May 2008? Not a chance. As Charlie Robertson, chief economist at Renaissance Capital pointed out in a note last week, the current crisis is a once in a century event like the Great Depression or the Americas first big crash in 1837 and these whopping collapses usually last eight years we are only half way through this crisis.
Still, the slow down is good news as it has refocused the Kremlin on the need to make real reforms. The Ministry of Economic Development and Trade drew up a crisis budget scenario last week with a $60 oil assumption for the budget and the state has started implanting a Russian version of austerity (instead of spending masses of money, now they are only going to spend a lot of money).

Personally I hope oil prices do go to $60 and stay there so that the Kremlin will be forced to do all those things it is doing half-heartedly now. It would be very painful sure. But after a few years Russia would eventually emerge as a normal country. However, it is Germany's chancellor Angela Merkel, who is in charge of that decision; she holds the power to precipitate the next wave of the crisis or to avoid it.