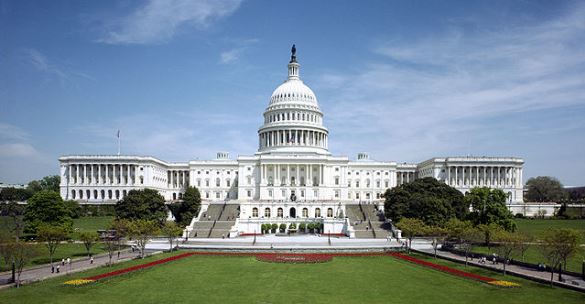 It says a lot about the establishment media’s culture of "give Obama a pass” that, as President Obama races to get America involved in the Syrian civil war, no one has pointed out that back in July the House exercised its constitutional power of the purse to rein-in any rush to involve the United States in the Syrian civil war.

The House did so by passing Representative Trey Radel’s (FL-19) amendment to the Department of Defense Appropriations Bill preventing the President from spending appropriated funds on American military "involvement" in Syria without first coming to Congress for their Constitutional approval – and it passedunanimouslywe might add.

Radel’s amendment is clear and proscriptive.

The amendment,which you can read here, says simply that, "None of the funds made available by this Act may be used for United States military involvement in Syria without express authorization of Congress.”

Radel’s amendment would appear to prohibit any "military involvement,” presumably including cruise missile strikes, providing weapons to any faction or doing anything else that "involves” America in the Syrian civil war.

Representative Radel (a "boat rocker" CHQ endorsed in the primary we might add) nailed it when, during the debate on the amendment, he said, "This amendment should serve as a reminder to the President that he does not have the authority to unilaterally send our children to war… We don’t have to use military force all around the world to be a leader for democracy…. This amendment is about Congress doing its job instead of following the President’s cloudy, unclear foreign policy. This is about the House of the people making decisions for the people, for our young men and women in the military, not just one man.”

Radel is right, and what’s more, according to the polls, Americans have little interest in another adventure in the Middle East.

According to our latest CHQ online poll, 77 percent of those responding said even the use of chemical weapons does not justify American intervention in the Syrian civil war. There were only 10 percent who said "yes,” American intervention was justified, while another 12 percent said it depends on the circumstances.

These results are similar to the Reuters/Ipsos poll that was taken Aug.19-23, which, asThe Washington Postobserved, "is the very same week that horrific reports emerged strongly suggesting that Syrian leader Bashar al-Assad has used chemical weapons against his own people, potentially killing hundreds or even thousands of civilians.

If there were ever a time that Americans would support some sort of action, you’d think this would be it. But this is the lowest support for intervention since the poll began tracking opinion on the issue. The survey also found that 60 percent oppose intervention outright, with the rest, perhaps sagely, saying that they don’t know. "

Despite all of this, it appears Obama has no intention of asking Congress for a declaration or resolution authorizing him to do whatever he is going to do in Syria.

Obama’s White House spokesman, Jay Carney, has downplayed a role for Congress in reviewing or approving any involvement in Syria. "I’m not going to speculate about a [presidential] decision that has not been made,” he said. "I’m not going to itemize calls … [but] we are consulting with members of Congress,” Carney added.

We have news for Mr. Carney and President Obama: one House of Congress has spoken loudly and clearly against the President unilaterally involving America in the Syrian civil war. Now the big question is, will the House leadership stand-up for the vote of the body it supposedly leads and demand that Obama come to Congress for approval of any "involvement" in Syria, or will they stand by impotently as the President once again thumbs his nose at Congress and the Constitution and "involves” the U.S. in another war of choice in the Middle East?