William J. Broad is a science journalist and senior writer at The New York Times. He shared two Pulitzer Prizes with his colleagues, as well as an Emmy Award and a DuPont Award. He joined The Times in 1983 and writes about everything from exploding stars and the secret life of marine mammals to the spread of nuclear arms and the inside story on why the Titanic sank so rapidly. He is the author of The Science of Yoga: The Risks and the Rewards (Simon & Schuster, 2012), which The Times Magazine excerpted as “All Bent Out of Shape.” 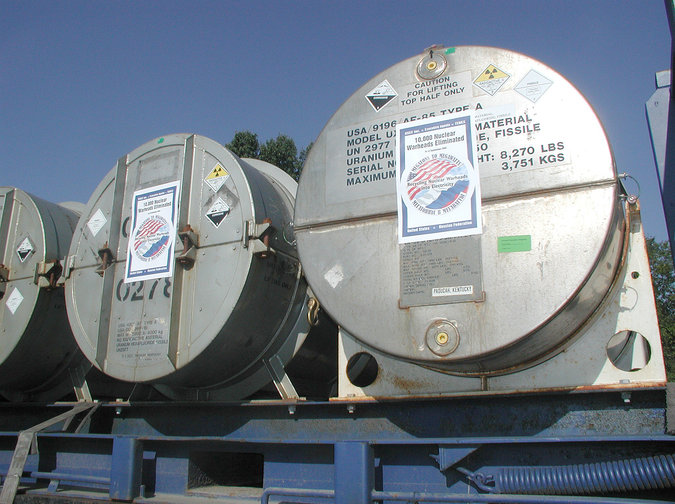 As the Cold War ended in the late 1980s and early ’90s, a new fear arose amid the rejoicing and relief: that atomic security might fail in the disintegrating Soviet Union, allowing its huge stockpile of nuclear warheads to fall into unfriendly hands.

The jitters intensified in late 1991, as Moscow announced plans to store thousands of weapons from missiles and bombers in what experts viewed as decrepit bunkers, policed by impoverished guards of dubious reliability.

Many officials and scientists worried. Few knew what to do.

That is when Thomas L. Neff, a physicist at the Massachusetts Institute of Technology, hit on his improbable idea: Why not let Moscow sell the uranium from its retired weapons and dilute it into fuel for electric utilities in the United States, giving Russians desperately needed cash and Americans a cheap source of power?

Last month, Dr. Neff’s idea came to a happy conclusion as the last shipment of uranium from Russia arrived in the United States. In all, over two decades, the program known as Megatons to Megawatts turned 20,000 Russian warheads into electricity that has illuminated one in 10 American light bulbs. 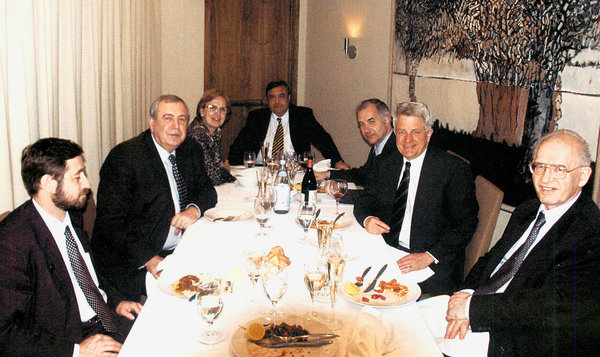 Russia’s minister of atomic energy, Aleksandr Rumyantsev, second from left, at a 2002 dinner for Thomas L. Neff, second from right, who had worked with Mr. Rumyantsev on the uranium purchase agreement.

Dr. Neff fathered the atomic recycling program in spite (or perhaps because) of his lack of name recognition, his inexperience on the world stage and his modest credentials in arms control. Moreover, he not only came up with the original plan but shepherded it for decades.

"I was naïve,” Dr. Neff, 70, recalled in a recent interview. "I thought the idea would take care of itself.”

In fact, it required sheer doggedness and considerable skill in applying nuclear science to a global deal freighted with technical complexities and political uncertainties. Yet in the end, Dr. Neff noted, the mission was accomplished: Uranium once meant to obliterate American cities ended up endowing them with energy.

Nuclear experts hail it as a remarkable if poorly known chapter of atomic history. The two decades of bomb recycling, they say, not only reduced the threat of atomic terrorism and helped stabilize the former Soviet Union but achieved a major feat of nuclear disarmament — a popular goal that is seldom achieved.

"It’s an amazing thing,” said Frank N. von Hippel, a physicist who advised the Clinton White House and now teaches at Princeton. The wave of arms destruction, he said, eliminated up to a third of the planet’s atomic bomb fuel, making it "the biggest single step” in the history of nuclear arms reduction.

He called Dr. Neff an underappreciated hero, adding that in a time of governmental muddle and paralysis, his success was a striking example "of what one person can do.”

Thomas Lee Neff was born in 1943 in Oregon, the older of two boys; his family raised chickens and grew most of its own food. He studied math and physics at Lewis & Clark College in Portland, graduating with highest honors, and received his Ph.D. in physics from Stanford. As a senior M.I.T. researcher, he specialized in energy studies, writing books on nuclear power,solar energy and, in 1984, the global uranium market. His timing was propitious.

In the nuclear age, the rare isotope uranium 235 has played starring roles in war and peace. When highly purified, to a level of 90 percent, it fuels atom bombs; at 5 percent, it powers nuclear reactors for electric utilities.

As the Cold War ended, Dr. Neff wondered whether these disparate worlds might be able to do business together. When Washington and Moscow announced major unilateral arms reductions in late 1991, he recalled, "I said: ‘Wow. What’s going to happen to all these weapons?’ ”

Dr. Neff, like many experts of the day, worried that the Soviet Union was ill equipped to deal with thousands of discarded bombs. The treaties and independent actions of the Cold War allowed nuclear arms taken from bombers and missiles to be kept in storage, raising the possibility of reuse, diversion and theft.

The beleaguered communist state, he feared, was already cutting back on nuclear upkeep, workers’ pay and dozens of measures meant to keep weapons safe. He also suspected that newly impoverished Russian nuclear scientists, once a pampered elite, might seek work elsewhere.

"It all sounded dangerous,” he said.

His solution was atomic recycling. The question was how to float the idea.

On Oct. 19, 1991, nuclear experts filed into the Diplomat Room of the State Plaza Hotel in Washington. The agenda of the nongovernmental meeting was demilitarization. A Soviet delegation attended, as did Dr. Neff.

Outside the conference room during a break, he approached a leader of the Soviet bomb complex, Viktor N. Mikhailov, a canny apparatchik known for his love of Western cigarettes.

Dr. Neff asked whether he would consider selling the uranium in Soviet weapons.

"Interesting,” he said Dr. Mikhailov replied, puffing away. "How much?”

Five hundred metric tons, Dr. Neff said, giving what he considered a high estimate for the quantity of Soviet bomb fuel soon to become surplus. "If I had known how much they really had,” he recalled, "I would have said 700 tons.”

Five days later, Dr. Neff made his idea public in an Op-Ed article in The New York Times, "A Grand Uranium Bargain.” The illustration showed a kitchen pot and spoon floating eerily above a countertop and — just behind — an open window. Outside was a bomber.

"If we do not obtain the material,” he warned, shadowy agents in the former Soviet Union, perhaps uncontrolled by central authority, might seek to "sell weapons-grade materials to the highest bidders.”

The idea gained support in both Washington and Moscow. Carrying it out, through a tangle of conflicting state and commercial interests, was another matter. Dr. Neff was there to prod it along at almost every turn. In late December 1991, he was among the last Westerners to see the Soviet hammer and sickle flying over the Kremlin.

The first shipment of uranium arrived in 1995; 250 more followed over the next 18 years. Last month, a freighter sailing from St. Petersburg to Baltimore delivered the last shipment. Strapped into transport pallets were giant steel drums, each holding about two bombs’ worth of diluted uranium.

Dr. Neff estimates that he flew 20 times to Russia and other former Soviet states to work on the original deal and its amendments. He says a book he is writing draws on thousands of documents.

Thomas B. Cochran — a senior scientist at the Natural Resources Defense Council in Washington who helped organize East-West interactions at the Cold War’s end, including the gathering where Dr. Neff met the Soviet official — said the American physicist deserved "99 percent of the credit” for the uranium deal. Its most important result, he added, was simply improving the relationship between the United States and Russia at a critical moment in history.

Last month, the Russian Embassy in Washington held a reception to mark the end of the Megatons to Megawatts program. Dr. Neff was an honored guest.

A brochure handed out at the reception reprinted his Op-Ed article, praising the commercial deal as a first for nuclear disarmament. It put the overall cost of the transaction at $17 billion.

Uranium from the dismantled weapons, it said, was diluted into 15,432 tons of low enriched uranium. The resulting reactor fuel supplied half of all American nuclear power plants.

The total electric power, it said, could illuminate the whole of the United States (roughly 20,000 cities and 115 million households) for about two years — or Washington, D.C., for 185 years.

The atomic sale, the brochure said, "is widely held to symbolize the end of the era of confrontation between the two major nuclear powers.”

In an interview, Ernest Moniz, the federal secretary of energy and a former colleague of Dr. Neff’s at M.I.T., praised him for not only proposing the plan but helping guide it for more than two decades.

"If he hadn’t stuck with it,” Dr. Moniz said, "it could have very easily been one of these great ideas that ends up just spinning its wheels.”

Millions of idealists, from President Obama on down, have sought a world without nuclear weapons. Dr. Neff, despite doing more than almost anyone to advance that goal, is circumspect about what he accomplished.

He made no mention of energy windfalls, geopolitical realignments or the biblical injunction to turn swords into plowshares.

The lesson of the story, he remarked in an interview, "is that private citizens can actually do something.”