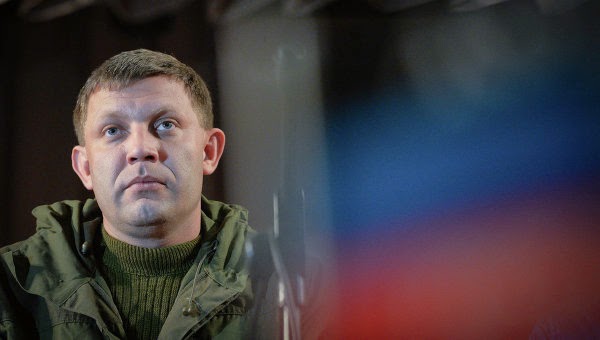 The head of the self-declared Donetsk People’s Republic Aleksandr Zakharchenko announced that Ukraine is bringing up heavy equipment to the conflict zone and, in his opinion, might resume combat operations in late March or early April.

"We are beginning the withdrawal of heavy equipment, while Ukraine is bringing it up from Kharkov and Dnepropetrovsk. Seems to be there will be a provocation. Ukraine will go to war in late March or Early April. Ukraine needs war,” Zakharchenko said during a Monday briefing.

J.Hawk's Comment: Yes, it does, though a lot depends not only on its own readiness to fight one, but also the willingness of Western powers (especially Europeans) to tolerate another round of fighting in Ukraine.

However, considering the state of Ukraine's economy and the need to keep the nationalists which constitute the main pillar of support for the junta, they have every incentive to risk another escalation. Who knows, maybe finally the West will start showering Ukraine with aid and money and ignore the IMF conditions? Because, to my mind, there seems to be a pattern of Ukrainian conflict activity: it is most likely to escalate when it just received foreign financial aid, and is the most likely to seek peace just as it needs another tranche. We'll see if the game continues after the IMF delivers its next tranche.