Pianist replaced due to 'ongoing accusations of deeply offensive language'

The Toronto Symphony Orchestra's decision to cancel performances by a Ukrainian-born pianist over what it calls her "deeply offensive language" is part of a troubling phenomenon that could lead artists to self-censor, civil rights advocates said Tuesday.

Valentina Lisitsa, an ethnic Russian born in Ukraine who now lives in the United States, said in a Facebook post that she has been accused of "inciting hatred" on Twitter because of her comments on the conflict in Ukraine.

'I think there is a problem with the message that this sends to artists that they may have trouble getting jobs or keeping jobs if they express views that are unpopular or controversial'- Cara Zwibel, Canadian Civil Liberties Association, on the TSO's decision

While it's not uncommon for workers to be penalized for expressing opinions on social media that reflect poorly on their employer, it's difficult to make that case for Lisitsa, said Cara Zwibel, director of the fundamental freedoms program for the Canadian Civil Liberties Association.

"It's hard to see the connection between what she said and what the duties of her job are and how it would affect it," Zwibel said.

"If the idea is just that the orchestra wants to avoid controversy, I don't find that a particularly compelling reason. The fact that maybe there would be some people protesting is, again, not a reason to let her go," she said.

"I think there is a problem with the message that this sends to artists that they may have trouble getting jobs or keeping jobs if they express views that are unpopular or controversial."

Speaking out against 'atrocities'

In her post, Lisitsa said she has been speaking out against the "atrocities" of the civil war, particularly those committed against the Russian minority in Ukraine's eastern and southern regions. 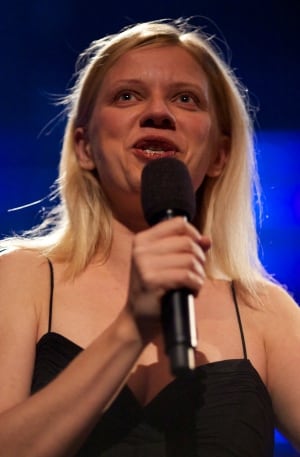 She said she has been "watching helplessly" as her country slides "ever faster into the abyss" and had taken to Twitter "to get the other side of the story heard."

In a statement released to various media outlets, TSO president and CEO Jeff Melanson said Lisitsa has been replaced due to "ongoing accusations of deeply offensive language by Ukrainian media outlets."

"As one of Canada's most important cultural institutions, our priority must remain on being a stage for the world's great works of music, and not for opinions that some believe to be deeply offensive," he said.

Lisitsa wrote that someone in the TSO decided she should not be allowed to play "likely after the pressure from a small but aggressive lobby claiming to represent (the) Ukrainian community."

She added that the TSO will pay her not to perform because she exercised her right to free speech.

The TSO said Rachmaninoff's Piano Concerto No. 2 will go ahead Wednesday and Thursday as planned, but will be performed instead by Toronto pianist Stewart Goodyear.

The controversy sparked a public debate online, with many defending Lisitsa's right to free speech while others hailed the orchestra's decision.

"The decision to cancel @ValLisitsa's concert in Toronto is a black stain upon the @TorontoSymphony and Canada. #LetValentinaPlay," one wrote.

Lisitsa performed in Niagara-on-the-Lake, Ont., on Saturday and organizers said they were saddened by the controversy.

Christine Mori, founder and artistic director for Bravo Niagara!, said she was aware of Lisitsa's tweets before booking the concert, but didn't feel it warranted intervention.

"I knew that there might be some backlash because of her political statements that she was making, but we did not get involved in that and I do believe in freedom of speech," she said Tuesday.

"She did not speak politically at all at the concert...and we presented her as Valentina the pianist."

Mori said she hoped Lisitsa's other Canadian performances would still go ahead.