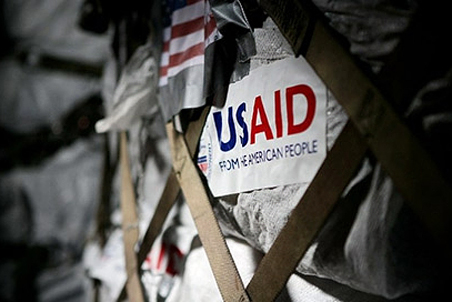 US-Russia relations continue to deteriorate. On-going tensions over anti-missile defenses and the Middle East are now being exacerbated by Moscow’s decision to wind down the operations of the US Agency for International Development (USAID) in Russia as of 1 October. Justifying that move, Russia’s Foreign Ministry commented that the agency had not always adhered to its stated goal of promoting "bilateral humanitarian cooperation" and that its workers were trying to "influence the political process through the distribution of grants" to groups of its choosing.

The decision was hardly a surprise: according to Russian officials, US Secretary of State Hillary Clinton was informed at the end of June. Moreover, it comes against the background of President Putin’s increasingly tough line against the extra-parliamentary opposition and its perceived foreign (mainly US) backers. Last winter Putin accused Clinton of "sending a signal” to opposition groups to take to the streets, implying that the post-election protests were orchestrated from Washington. Indeed, soon after his re-election, Putin introduced new regulations for Russian NGOs receiving funds from foreign sources – along with moves to clamp down on the protesters.
Predictably, the US Department of State, Western media and NGOs funded by USAID have all protested the decision to force out the US agency and denied that the agency had political objectives. USAID has, in fact, spent more than US$2.6 billion in Russia over the last 20 years on causes such as HIV prevention, help for the disabled and anti-corruption programmes; hence it could be argued that the Russian government is shooting itself in the foot. At the same time, Russia’s independent election monitoring organization Golos, which receives funds from USAID and which led the allegations of fraud during last year’s parliamentary elections, has clearly been active in a politically sensitive area. It cannot be ruled out that the Russian authorities prefer to hold the 14 October local and regional elections without having to deal with Golos.
Be that as it may, it seems odd that with its balanced budget and still expanding economy, oil-rich Russia should continue to receive aid from its main Western rival, which – to make the situation even odder – now happens to be "fiscally overstretched”. For its part, the Russian Foreign Ministry commented, as part of its justification for winding down USAID operations, that Russia is now "quite mature and does not need 'external leadership' " from the likes of the US agency.
• Has the Russian government acted wisely by discontinuing this not insignificant source of external funding for a range of worthy causes?
• Or is the closure of USAID programmes in Russia yet another manifestation of Putin’s Cold War-style paranoia?
• Or, given that US officials and mainstream media view Russia as a hostile autocracy – Mitt Romney has described Moscow as "America’s enemy number one” – is Putin’s clampdown on foreign-financed NGOs justified?
The Introduction for the Discussion Panel is provided by Vlad Sobell, Expert Discussion Panel Editor (New York University, Prague)