.
Translated from Russian by J.Hawk

There is no room for personal sympathies in big politics. But there is always room for assessing individuals or their actions. One can like or dislike one's opponent, but still regard their strategy favorably.

That's the case with Lavrov. The minister everyone "loves to hate" is respected for his diplomatic prowess.
For example, in Foreign Policy interview the foreign minister of a developing country who preferred to remain anonymous, named Lavrov as one of the most effective foreign ministers today.
1. Good. 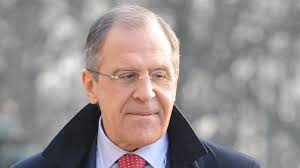 Generally speaking, in the West Lavrov is characterized as a "negative hero." He is working with his fourth US Secretary of State, each of whom suffered at Lavrov's hands. Only Madeleine Albright remembers him fondly, but she was "fortunate" not to have to work with Lavrov. The best impression of Lavrov comes from Ursula Plassnik, the former foreign minister of Austria. She was met by Sergey Viktorovich with a big bouquet of yellow flowers near the legendary Kafe Pushkin restaurant. Ursula subsequently and frequenly referred to Lavrov as "one of the smartest, best-informed, and most-respected foreign policy players on the world stage."
2. Bad 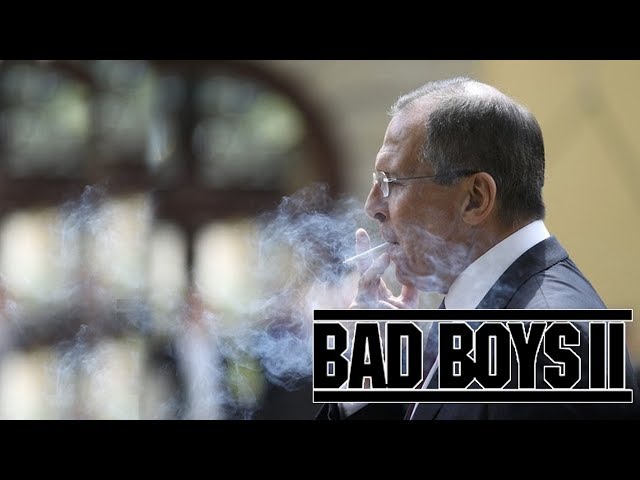 Condoleezza Rice probably can't find too many reasons to wish Lavrov well on his birthday. Lavrov often exploits his opponent's weak spots. Rice's was her irritability. The press usually had loud headlines describing their encounters: "Lavrov outplayed Rice" (Washington Post), "Lavrov-Rice meeting ended without a scandal" (BBC), "Lavrov and Rice exchanged views" (Kommersant). The two literally had to be separated at a G8 summit in 2008.
He used the same tactic on Hillary Clinton. Madam secretary demonstratively departed from a UN session before Lavrov's appearance in order not to have to hear his response to the US position on the Syrian conflict and not to succumb to own emotions.
3. Angry. 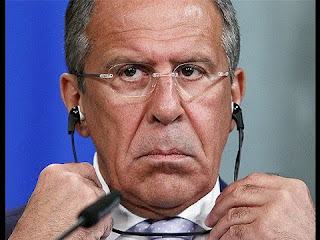 Lavrov, too can sometimes be unrestrained. He earned a reputation of an emotional politician already as Russia's UN ambassador. He could be heard saying "undiplomatic" things in the relaxed atmosphere of the "smoking room" at he UN. As a minister he is also not known for sugar-coating things. He was very expressive in telling the British minister David Milliband how he was fed up Britain's position on the Georgia conflict. Retelling the conversation, Lavrov expressed doubts in Milliband's competence and knowledge of world history, especially Russia's.
4. Cunning. 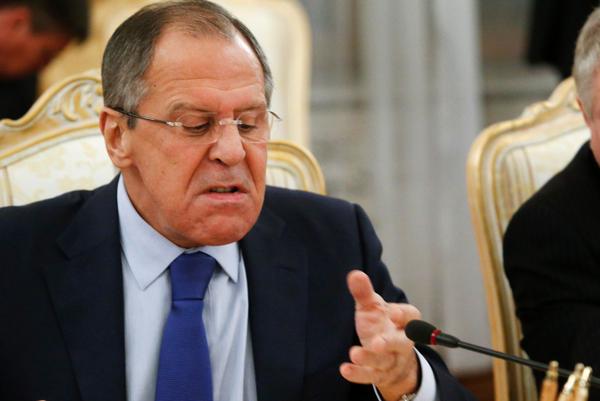 Lavrov is known for his stubbornness.
His insistent manner during the Georgia conflict nearly led Sarkozy to fisticuffs. At a confidential meeting, in response to Lavrov's denial of accusations that Russia hasn't withdrawn its troops from Georgia, France's president literally threw himself at Lavrov, grabbed him by the lapels and called him a liar. That was reported by Wikileaks citing leaked diplomatic documents.
Incidentally, speaking of Lavrov's persistence, the US diplomat Averell Harriman noted that "negotiating with the Russians is like buying the same horse twice."
5. Troll

"It's funny, but I'm not seeing Senator McCain in Ferguson, calling for supporting the people's desire for freedom and justice."
"Nobody trolls like Lavrov", reported the Voice of Russia on November 28, 2013 citing US reporter Max Fisher. Diplomacy in general is famous for "refined humor" and colorful expressions. And Lavrov is famous for his refined trolling. Washington Post even referred to Lavrov as a "geopolitical troll."
Shortly after the six-party agreement on Iran's nuclear program, Lavrov noted that, to America's relief, it now won't have to build an ABM system in Europe.
During the recent events in Ukraine when a NATO delegation visited the Maidan, the EU Commissioner Catherine Ashton gave out cookies to the protesters. During a later meeting Lavrov politely offered her tea with cookies. "Not like on the Maidan, but still." Ashton refused by saying she doesn't like cookies.
6. One of us. 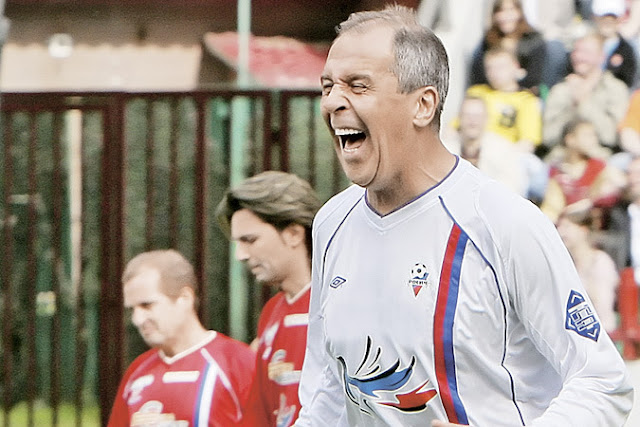 Lavrov likes active sports, plays soccer, does white water rafting.
According to RBK, when nominated for the post of minister he accepted it from Putin under the condition that he can go on leave once a year and go off into nature with friends and without bodyguards. During the hike the minister is in charge of the fire. Lavrov also composes poems and songs, one of which even became the MGIMO (Moscow State Institute of Foreign Affairs) anthem.
In general, Lavrov as an off-duty role model is consistent with the nature hike traditions of Soviet-era students. He's definitely one of us.
7. Macho 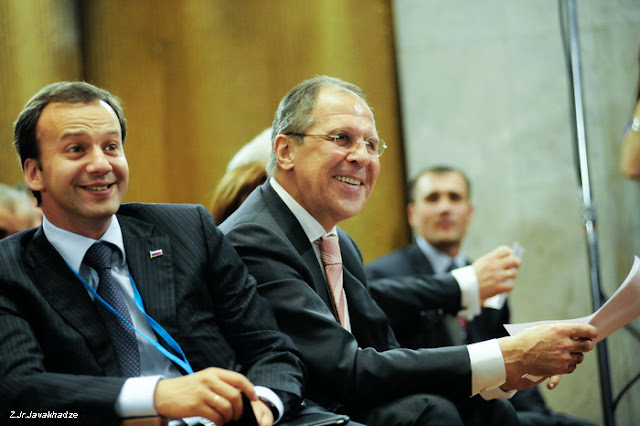 While working at the UN, Lavrov became a big fan of Scotch whiskey and frequented the Delegate Lounge (the UNSC bar), where he sipped scotch and smoked, thus totally ignoring Kofi Annan's ban on smoking. How was he able to do that? Very simply. Lavrov reminded Annan that the General Secretary is merely the presiding official, and that the UN building belongs to its members.
Western colleagues call him "Minister No", the press condemns his excessive pragmatism, but everyone acknowledges the effectiveness of his refined diplomatic game. Foreign Policy editor Susan Glassen asked Aleksandr Lukashevich, the head of MFA press service, why Sergey Lavrov has been in this position for such a long time, after all other foreign ministries have changed their heads more than once.
"He is ideal. He is the ideal individual for that position," Lukashevich said.