The "Arab spring" with all long-lasting consequences has become a cemetery not just for the military-political experts and analysts, but also for so-called "honest Western journalism." Despite the fact that the very fact of its existence was put under serious doubt in the course of Soviet-American and Palestinian-Israeli conflicts, the belief in its existence proved to be extremely tenacious. Including in our country, which still cannot get rid of the remnants of the Russia’s 1990’s national idea of bowing before "white man from the West".
September 6th, 2015
By: Valentin Domogadsky forPolitRussia-
Translated for Fort Russ by Soviet Bear - 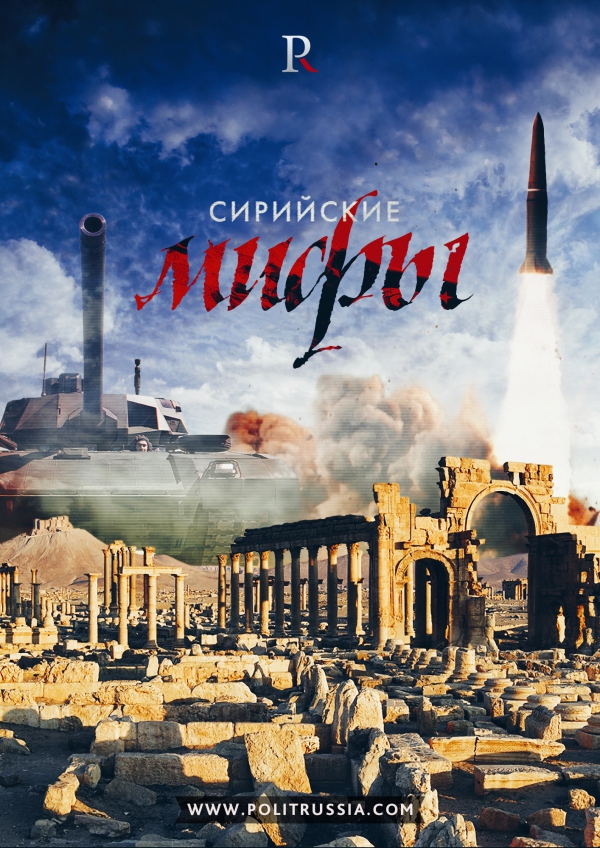 The "Arab spring" with all long-lasting consequences has become a cemetery not just for the military-political experts and analysts, but also for so-called "honest Western journalism." Despite the fact that the very fact of its existence was put under serious doubt in the course of Soviet-American and Palestinian-Israeli conflicts, the belief in its existence proved to be extremely tenacious. Including in our country, which still cannot get rid of the remnants of the Russia’s 1990’s national idea of bowing before "white man from the West". 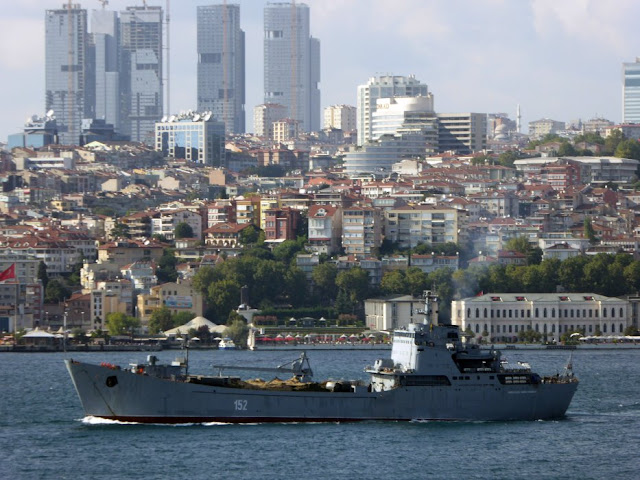 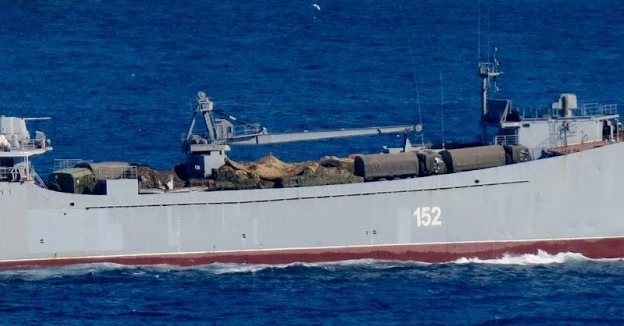 Photo: turkishnavy.net / And a little closerПосмотреть полностью: http://politrussia.com/world/rossiyskaya-armiya-otpravlyaetsya-214/
The war in Syria in which Russia is actively involved (logistically, advisory and politically) raises the problem of adequate perception of information. It is unlikely that we will be mistaken if we assume that for most the Russians who are concerned about politics this conflict is a logical continuation of the global Russian-American confrontation, the beginning of which can be considered an operation of forcing Georgia to peace. Therefore, any information regarding the failure of the Russian party in Syria faces very painful reaction of the Russian public.
Any local victories and successes of Moscow in the framework of the Russian-American confrontation — which, to our infinite surprise many interpret solely as "failures” is invariably accompanied by the activation of local and Western "unbiased” journalism. Servants of the pen and keyboard take the old notes of "cold war" from the bottom of their chests and begin to write. In particular, the adaptation of slightly outdated propaganda postulates led to a very exciting quest called: "Find a Russian soldier!” In combination with the legendary quiz called: "Predict the Russian aggression" the effect is just fantastic. 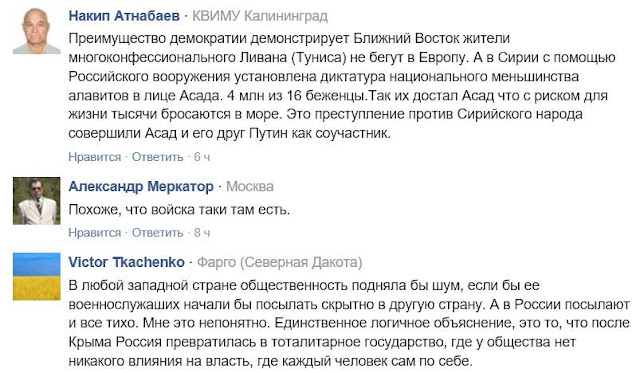 So, the American publisher - "The Daily Beast" in its fresh material from the first lines adds the emphasis:"It seems that games in Ukraine is not enough for Moscow, because last month there was a whole stream of messages about the build-up of Russian military presence in Syria."Well, then the author begins to "expose”.
In confirmation of the thesis of strengthening of the Russian military presence in Syria Michael Weiss cites a number of arguments. In particular, refers to the "Bosphorus Naval News", which were published on August 22, pictures of Russian ship "Nikolai Filchenkov" passing the Bosphorus strait with military cargo on the deck. [see photos above]
The photos are really very exciting, but the reaction of the writer is somewhat surprising. Deliveries of Russian military equipment to the Syrian government, as well as providing logistical support, held in the framework of the contracts signed even before the civil war (2007-2010). It should also be noted that Russia agreed with the "international community” and suspended fulfillment of arms contracts with Syria, but after the decision of the EU concerning the non-renewal of the embargo on arms supplies to the so-called "Syrian opposition" the appropriateness of this gesture was multiplied by zero.
Here it is necessary to evaluate the comedy of the story-line. Western and Arab journalists in a fit of righteous anger denounce Russia for providing military-technical assistance to an elected and absolutely legitimate government of Syria. Anti-Russian revelations are being presented under the sauce of "illegality” of such actions. But the whole point is that these journalists are citizens of countries that officially allocate tens of millions of dollars for training and arming "moderate opposition" units, created with the sole purpose to overthrow Bashar al-Assad. But the most comical is that they are confident that truth is on their side.
But let's move on to the next argument of the writer: "24 June Oryx Blog which monitors military developments in the Middle East and North Africa, found that at least one BTR-82A has been spotted off the coast in Latakia province, where the family of Syrian dictator Bashar al-Assad is from." 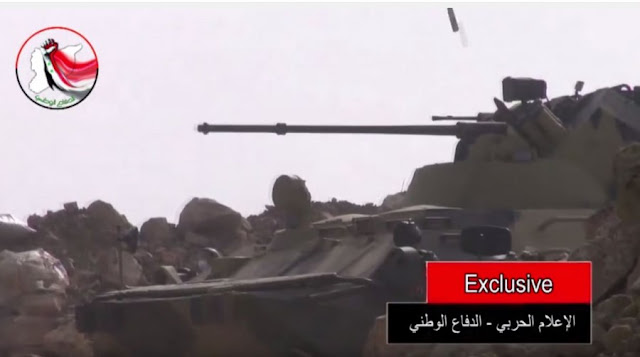 "We have seen various reports in the press that it is possiblethat Russia sends military aircraft to Syria. I can only say thatwe are closely monitoring the situation. We study it. We are in contact with our partners in the region, trying to get more information. We are not sure for what purpose it is done and if it’s done at all. But, of course, we do express our concern about any attempt to support the Assad regime with military men,aircraft, any supplies or funding, because we believe that it is destabilizing and counterproductive step".