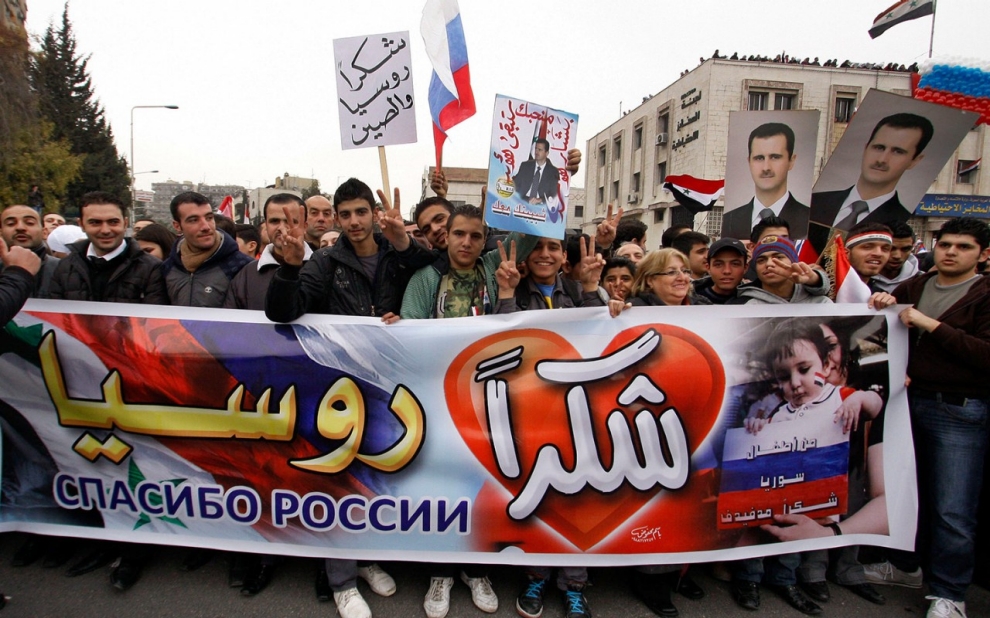 "Bashar Al-Assad: Russia is helping to save Syria from destruction”
October 4, 2015 -
RT -
Translated for Fort Russ by J. Arnoldski 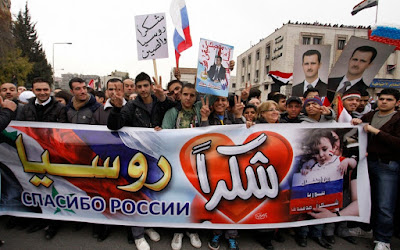 "Bashar Al-Assad: Russia is helping to save Syria from destruction”
The president of Syria, Bashar al-Assad, stated that cooperation between Damascus, Russia, Iran, and Iraq in the fight against terrorism is necessary to save the region from destruction. He also emphasized that the during the time of combat operations headed by the United States against the Islamic State, the range of terrorist groups in the Middle East only grew, and the number of their fighters increased.
Cooperation between Syria, Russia, Iran, and Iraq in the fight against ISIS is necessary to save the region from destruction, Syrian President Bashar al-Assad stated in an interview with an Iranian TV channel.
"The majority of countries feel the danger of terrorism, and we see that different countries have made statements in support of the established coalition, so I think that the chances of this coalition succeeding are very high,” RIA Novosti quoted him. He added that the cooperation of Russia, Syria, Iran, and Iraq in the fight against terrorism will allow "real results” to be achieved.
The president noted that Moscow never forced anything on Damascus.
The president also stated that the coalition of these four countries "is obligated to win, or the region will be destroyed.”
In addition, Assad stressed that since the formation of the coalition led by the United States, which is not coordinating its actions with Syrian authorities, the range of the Islamic State terrorists has only widened, and the number of militant groups has increased.
We recall that earlier Russia, Iran, Iraq, and Syria announced the establishment of a common information center in Baghdad in order to coordinate the fight against ISIS. The coalition led by the United States has for more than a year struck positions of the Islamic State in Syria in circumvention of the UN Security Council.