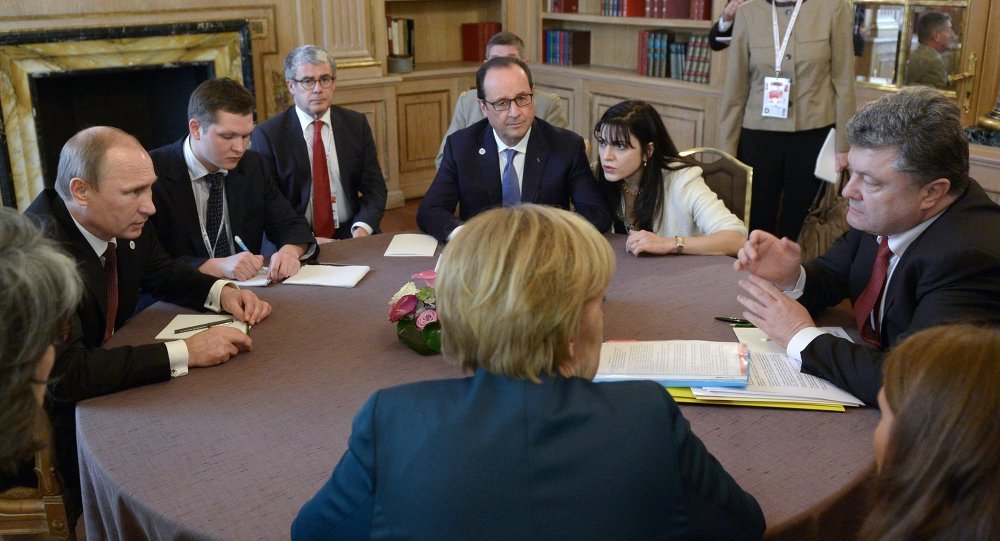 The Kiev authorities are afraid of the real peace in Donbas, as it will lead to a social explosion in Ukraine, - said the Head of the Writers’ Union of Lugansk People’s Republic Gleb Bobrov.
October6th, 2015
By: -luginfo
Translated for Fort Russ by Paul Siebert. 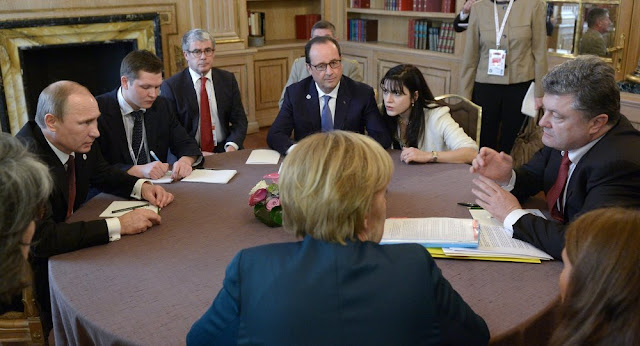 The Kiev authorities are afraid of the real peace in Donbas, as it will lead to a social explosion in Ukraine, - said the Head of the Writers’ Union of Lugansk People’s Republic Gleb Bobrov.
He reminded that during the summit of the "Normandy four" held on October 2 in Paris guarantor countries of the Minsk agreements once again firmly reiterated the need for full implementation of the Package of measures.
"However, again the Kiev regime is trying not to implement, but only to interpret the agreement," - said Bobrov.
"It is really very simple. Kiev is not going to follow the Minsk agreements and the "Norman four" carries no weight with them", - he said.
"Every time they are pressed to the wall, as recently in Paris, they will be saying ”yes” to the cameras, but instead of following the agreements they will continue to invent new interpretations and nothing more", - says the writer.
According to him, the problem is not in the personalities representing the regime in Kiev, but in the algorithm of actions of the current ruling elite that seized power in an armed coup and in total manipulation of public opinion. For them, real peace means a social explosion and an armed uprising, since it will be impossible to explain to the Ukrainian society why thousands of people have been killed, tens of thousands maimed and the country's economy destroyed.
"In the spring of 2014 the Donbas people wanted to be heard. All their claims amounted to a very soft autonomy. In response no one even talked to them – the regime hit them with bombs, sent armored columns and began methodical shooting with artillery shells and "Grads". Today, after a year and a half of the civil war, Ukraine has suffered heavy territorial losses, ruined economy and a state of default. And most importantly: roughly twenty thousand dead and tens of thousands maimed. That is the price of Kiev’s military intervention", - says Bobrov.
"And now, as a result of progress reached through the Minsk agreements Ukraine irretrievably loses its status of a unitary state while Donbas receives a wide autonomy comparable to confederation. This includes its own armed forces, which in some cases surpass the Ukrainian army and much vaunted territorial battalions. The question arises - what the heroes of the "Revolution of dignity" died for? In the name of what, added to the "heavenly hundred" killed during Euromaidan, are at least three "heavenly divisions" and dozens of brigades of amputees and disabled people? For the sake of which great goal the country's economy was brought down, the infrastructure of entire regions destroyed, even illusory energy security completely lost?
"And the answer is simple –theKiev puppets were carrying out thewill of the externalmasterand hastily lining theirownpockets, trying to grabas much as possiblebefore theinevitable fleeing. But, of course, one cannot say it out loud.As a result we have azugzwang:they cannot implement theagreement andit is alsoimpossiblenot to implement it. What they are doing is trying to procrastinateinventing new interpretations".
"It is surprising thattheUkrainian societydoes not seethis obvious fact. After all, the more this situationcomes to the deadlock, the more painful will be thelosses. Todaythesnowballofproblemshas reached anincredible size. Further delay and aggravation of the situation could lead to a total collapse of the Ukrainian statehood".