The first week of engagement of the Russian aerospace forces against ISIL in Syria is behind us. And the first thing that catches the eye is the effectiveness of combat application of Russian aviation. It may seem that Russia started fighting abruptly, or as they say in the Navy: "all of the sudden".
October 6th, 2015 - 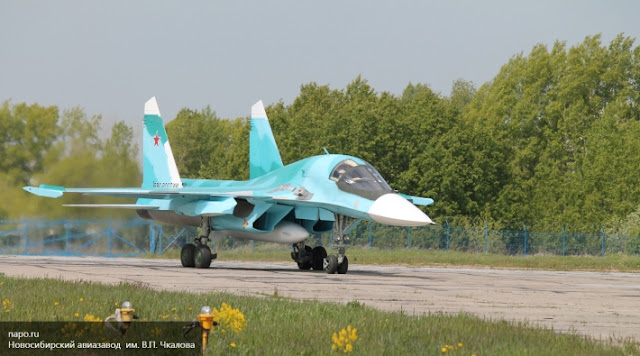 The first week of engagement of the Russian aerospace forces against ISIL in Syria is behind us. And the first thing that catches the eye is the effectiveness of combat application of Russian aviation. It may seem that Russia started fighting abruptly, or as they say in the Navy: "all of the sudden".

But even the first raids of the Russian warplanes on the positions of ISIS have shown that we are not dealing with the unexpected decision of the Kremlin, taken under the pressure of momentary circumstances. The Russian operation in Syria was prepared for a long time, at least since the beginning of this summer, and this is evidenced by the variety of circumstances. First of all, the impact of the Russian strikes.
Shooting "bullseye"

Literally in the first day, from 15:00 on September 30 to 15:00 on 1 October, 28 combat sorties were conducted, eight of them –nocturnal. The result was at least 12 of the planned objectives were completely destroyed. Given that some of the sorties were reconnaissance and support, aimed to cover the strike groups, we see a rare modern aviation efficiency. And what is remarkable, without a single loss or damage on the Russian side.

In the remaining days the strikes on the terrorists were also effective, and again the Russian air group didn’t suffer losses. But the units of ISIL, which today with help and support the U.S. have turned into a regular army, have quite effective anti-aircraft weapons captured from the Iraqi Army.
Shooting "in milk"

As they say: everything is relative. Russia didn’t start the war in Syria, it had quite tangible predecessors, who also conducted the "air operation" against the "Islamic state" (banned in Russia by the decision of the Supreme court). And what is the result?

The US-led anti-terrorist coalition, which also included Bahrain, Jordan, United Arab Emirates and Saudi Arabia, attacked the positions of the Islamic state during the whole year. By strange coincidence, the coalition launched an air operation in late September, but in 2014.

During this time, according to a report by U.S. military, coalition aircraft has made more than 2000 sorties, mostly in Iraq. Through incredible efforts, the coalition managed to push the militants away from Baghdad, which was separated from the vanguards of the Islamic state just 200 miles away, and to win about a third captured Iraqi territory from ISIS.

Losses of the ISIS army during this time are estimated up to 20 thousand people and about a hundred tanks, self-propelled guns and armored vehicles. Simply put it, no more than two soldiers and 0.05 of a combat vehicle per one sortie. Each of which, by the way, is no less than 50 thousand dollars. Not a single significant object of terrorists and none of their leaders were destroyed.
A time of contrasts

So, what's the difference? Why the actions of the coalition allies, led by the country with the world's largest army, the main force of which is aviation, were so ineffective? 1. The USA negotiated the creation of the anti-terrorist coalition for quite long with their future allies.

There was a lot of rhetoric, a lot of loud statements, and combat was commenced within one week after signing the relevant documents. However. From the first hours of operation it became clear that coalition forces do not have any detailed plan of operation, poorly coordinated, and most importantly very vaguely know who they are dealing with.

The bet was made rather for psychological effect, an attempt to demoralize the fighters of the "Islamic state" and not to cause them any significant loss. As a result of poor intelligence the lion's share of "coalition" air strikes occurred on a small, insignificant objects, sometimes even "missed". This leads to losses among civilians.

Actually this is the usual handwriting of the USA and its allies. For example, on October 3 "surgical strike" of the NATO forces in Afghanistan has destroyed the hospital of "Doctors without borders" near the town of Kunduz.

A "success” can be called destruction of 2 bulldozers obviously belonging to the troops of the "Islamic state” by an American drone. The Russian army long and carefully prepared the operation, focusing primarily on the military, rather than advocacy-political parts of it.

First of all, it concerns intelligence activities. Russia has expanded military contacts with all its allies, has acquired extensive intelligence network, as evidenced by the precise character of the strikes with a high efficiency. The Russian side in advance, long before the beginning of combat amounted to a list of goals and assessed the degree of importance, priority and possible negative effect for the militants. In the event of their destruction.
2. If you assess the tactics of the American army since the first "operation desert Storm", we will not see many changes. Bet continues to be placed on massive air strikes from high distances, often even without entering the zone of enemy air defenses with the use of expensive precision weapons. Recently popular was the "war of drones". Both leads to low efficiency and frequent mistakes in identifying targets. 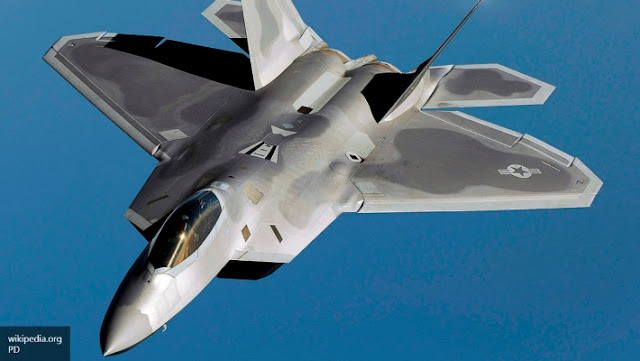 The same applies to new equipment and weapons. Bet on "wonder weapons" in the form of a F-22 Raptor and F-35 Lightning II is not justified. Super-expensive in development and operation machines were "raw" and incomplete. In addition, they are intended rather for action against the enemy equivalent, and not groups of terrorists, super-expensive weapons for which there is simply no targets in anti-terrorist operations.

More precisely, there is a target, but they need to look and these targets are not on the battlefield. But to this we shall return. And in fact the anti-terrorist coalition fighting with the weapons and technology of the 70-s. That is, the Americans and their allies failed to adapt to the tactics of terrorists, and they hope to wage war "by other hands".

Entering a second time into Iraq, they, with manic sequence, repeated all the mistakes of the first times, and then repeated them in Afghanistan. And again resorted to the same tactics in Iraq, Libya and Syria. This is colloquially called "the rake walking". The Russian army has shown itself quick to learn, to learn the lessons of past campaigns and make appropriate conclusions.

It is enough to remember the August war of 2008 in South Ossetia. When the Russian air force lost six combat jets: three Su-25, two Su-24 and one Tu-22M3. If the Su-25 is an attack aircraft, has a subsonic speed and is forced to operate with low altitudes, which already puts it in a very vulnerable position, Su-24 and Tu-22 are supersonic bombers, with great potential for overcoming enemy air defenses. For a war that lasted only 5 days, such a loss — a real disaster.

However, now the Russian air force, specifically the Aerospace forces, approached the issue much more seriously and took into account not only their mistakes, but mistakes of "Western partners". There are new machines in service such as striking front-line bomber Su-34, Su-35 and Su-25 were considerably modified. For the latest ammunition developed for them, and the emphasis is not on their expensive high-tech "stuffing", but at optimal efficiency, reasonable cost and adaptability to modern wars "of low intensity".

It is these that are now in the Middle East. In addition, a special attention in the Russian army now paid to communication means of radio electronic warfare and intelligence. The weakness which, incidentally, was detected in South Ossetian conflict in 2008, when military commanders often negotiated with mobile phones. Now the possibility of radio interception of negotiations on the part of ISIS is taken into account already during the planning of sorties.

3. The Western coalition is not particularly sensitive to choice of goals, and generally does not "bother" with this question. In the end, the pilots shoot at everything that moves, trying to quickly get rid of ammunition and to get out of combat zone "away from sin". Pilots don't like to risk, analytics and intelligence - to think, and the generals - to report the loss. And the Pentagon prefers "the path of least resistance": to record facts for the use of firearms, to find a crowd of people, preferably in turbans, and if lucky, screaming "allahu akbar", and strike.

To such tactics, and to losses in general, the terrorists are extremely insensitive, and it does not bring tangible results. That’s what we see in practice. Russian military rightly judged that to chase for single soldiers with guns, as does the coalition aviation, is stupid and pointless. Another tactics was chosen - find a "weak spot" of the army of the "Islamic state". As with any army that has the features of organized regular forces, the main role is played by the infrastructure, on which depends the supply, intelligence, communication and control (they are, incidentally are at a very high level in the army of the "Islamic state").

That's why the first strikes were targeted at the control bunkers, depots of weapons, the spots of contact. In particular, the plant manufacturing explosives in North of Homs was destroyed one of the first , and then a communication node and a command post of the terrorists in the same province, as well as a parking of disguised T-55 tanks. Now this led to panic and increased the number of deserters among the terrorists.

And now government troops are preparing to storm Palmyra controlled by the "Islamic state". Prior to this ISIS positions were unsuccessfully bombed by the aircraft of anti-terrorist coalition for almost a month.

4. Every foreign policy action by the U.S. and its allies is accompanied with powerful, and most importantly - a long promotional "hype". So, by the time when the United States decided to finally start fighting even the Zulus in KwaZulu-Natal know about their intention.

It is a fact. Russia did not make a show of its military operations and they were not accompanied by fanfare about the global terrorist threat. That is why the decision of Russia to carry out air strikes on ISIS positions in Syria has produced a bombshell.

Both literally and figuratively. On the morning of October 1, less than a day after the start of the operation, the world's media literally erupted a stream of indignant screams of Western countries – the demand to Russia to stop it and not to touch "the poor moderate terrorists".
5. Well, finally, and most importantly. The coalition forces simply don't want any decisive action against ISIS, which they actually raised, nor against others. The Middle East crisis is beneficial for Russia. Especially it is beneficial for Russia to return to the Middle East as an influential player. Time and place are chosen very successfully.