by Ollie Richardson for Fort Russ 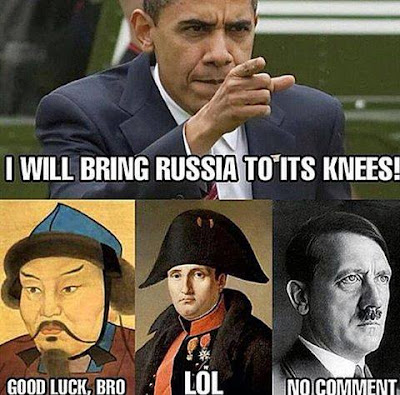 For those who are not familiar with this pro-Junta outfit, their job pre and post Minsk 1 & 2 was to bandwagon the laughable narrative that 'Russia invaded Ukraine'. Their latest effort attempts to add Syria into the fairytale: 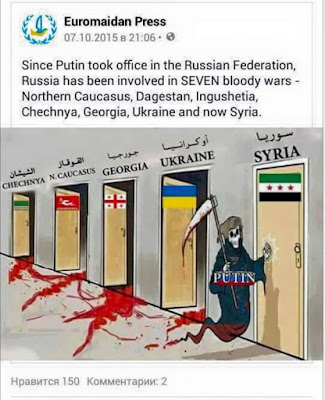 One does not need a PhD in Geopolitics to see that America was the ringleader in all the examples mentioned, and of course is the agitator once again in Syria today. The meme even has arabic included to appeal to the 'moderate' fanboys. If Putin is the Grim reaper, what does that make the UN, and International Law? 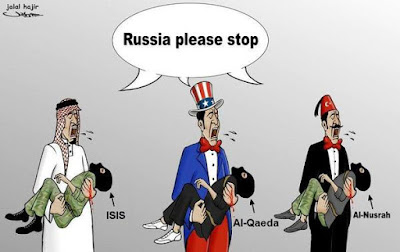 With the U.S. media trying to sell the public an extension to its Opium cultivation operation in Afghanistan, it comes as no surprise that the controlled opposition focuses on the soldier deaths and not the civilian deaths. Today it emerged that Russian intelligence is aware of a large quantity of trained Jihadi's in Afghanistan with a UK/USA passport. This may explain why the government of Tajikistan invited Russia to build a military base there. U.S. corporate media cannot even bring themselves to tell the truth about the death toll in Iraq and/or Afghanistan, so its easier to sell the smaller figure of troop deaths as psuedo-opposition to an extended stay. Bryan Bender is from the pro-troop 'our guys were just doing their job' camp, which sadly wont wash with the families of the 1,000,000+ Iraqi's that were killed during Shock & Awe.

Brookings Institute is another cog in the U.S. war machine media, with people like Qatar-backed Charles Lister representing them in cyberspace. Much like Julian Röpcke, Eliot Higgins, Michael Weiss etc, grabbing his ankles for imperial cash is his main way of putting food on the table. In fact, today he worked in Tandem with the Daily Beast's own Röpcke. The State Department calls it 'teamwork', I call it an embarrassment: 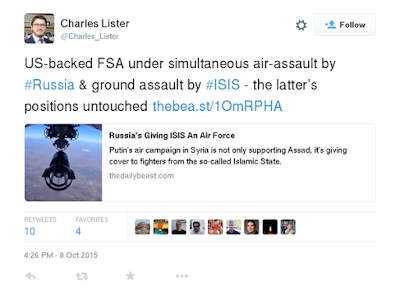 The only honest segment of the entire post is the fact that the FSA is an American proxy, but the rest earns Charles a 'see me after class'.

More lies from the Gulf

Al- Arabiya is UAE's cog in the disinfo machine, churning out pro-wahhabi agenda 24/7. Below you can see their role in selling the 'Russia isn't bombing ISIS' narrative: 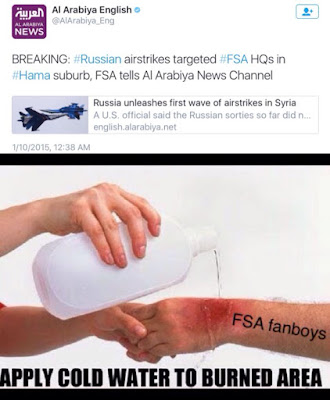 The thing is, Russia has asked Obama repeatedly for the contact details of the FSA so that they can begin negotiations on how to ally against ISIS. Surprisingly (/sarcasm off) the Kremlin has not yet received a reply, leading us to think that perhaps the Americans have something to hide...
Teleporting to London, the key sponsors of Gulf terrorism, we can visit a Mr Gareth Bayley - a government employee, who's bio reads:

We can logically predict his stance on Russia and Syria without even reading his work:

Well, well, well. Imagine my lack of shock. A UK government official and an agency in Dubai both selling the same lie.

Michael Weiss - a portrait of failure

Below is an article from Euromaiden Press, the pro-Junta agency we visited earlier. With a basic understanding of how American propaganda works, we can now see why Daily Beast's Michael Weiss is featured in the article. It's a very isolated, lonely circle of  Washington employees.
war-in-ukraine-red-lines-in-syria-and-the-obama-administration 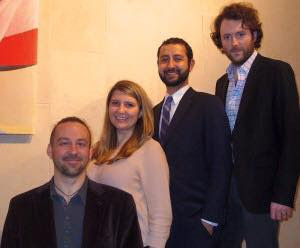 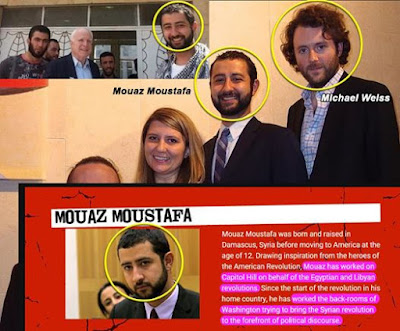 John McCain stood with ISIS press officer Abu Mosa (left) and Mouaz Moustafa (right) is not an image you are likely to see on Fox News. So why is Michael Weiss (Daily Beast) stood next to Mr Moustafa? Why is this photo in the Euromaiden Press?
I think you know the answer.

CNN and the Caspian Coverup

Here we have CNN, and others, putting words in Tehran's mouth. According to them, some of the 26 missiles that were launched from the Caspian Sea on the 7th of October landed in Iran:
First on CNN: U.S. officials say Russian missiles heading for Syria landed in Iran

"Monitoring by U.S. military and intelligence assets has concluded that at least four missiles crashed as they flew over Iran. One official said there may be casualties, but another official said this is not yet known."

It's the same tired and tedious formula of 'unnamed person X says _____, unnamed person Y says _____. Not yet verified'. Bellingcat troll Aric Toler parrots the information with a link to an extremely dodgy site with an Iranian domain: 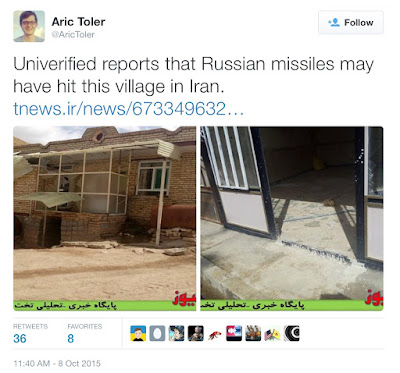 ...and low and beyond, our friends from UAE have some breaking news for us: 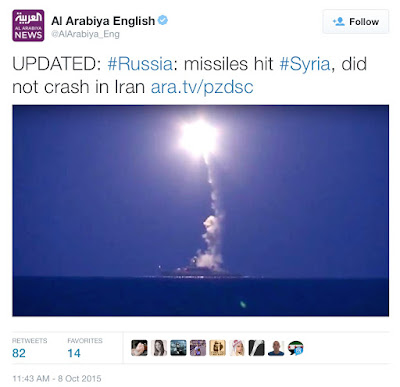 and then later the more reliable Sputnik clarifies this:
Tehran has no info on cruise missiles which allegedly landed in Iran
So we are supposed to believe that Iran's ally, Russia, after hours of planning the route of the missiles so that they passed over barren land, screwed up and killed civilians in Iran, without them even knowing about it. That is some strong stuff being passed around the CIA office... 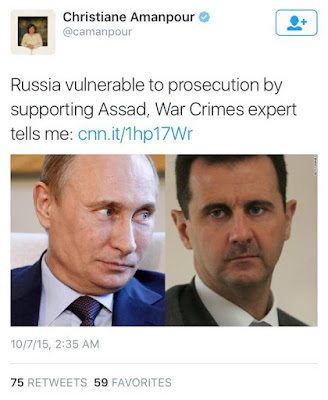 Exhibit B)
CNN correspondent on the Hospital bombing - an actual warcrime: 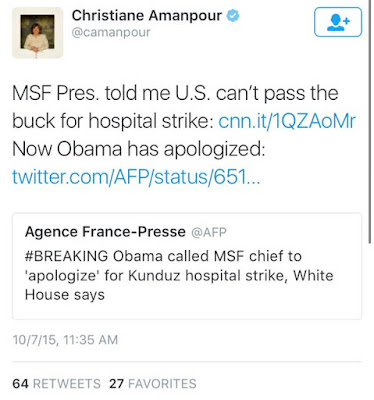 Vice to the woodshed

When Vice first started out, they appealed to the hipster community tackling topics that were 'first world problems'. As time went on, their true colours began to shine, and now I'm afraid I have some bad news - they are U.S. State Department also:
NATO Is Getting Ready to Defend Turkey From Russia
Painting Russia as the aggressor in the above article has earned them a comments sections which is rightfully calling them out on their manure. I wonder how long before they remove the comments feature so they fit in with the Daily Beast & MSM newspapers... 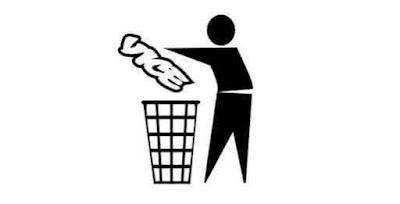 Here we have Reuters being caught out using a 2014 image of a crashed helicopter to claim that a Russian Mi-24 was downed over Syria this week: 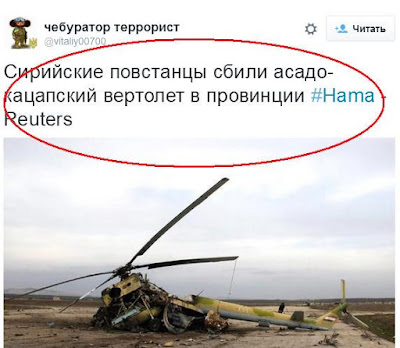 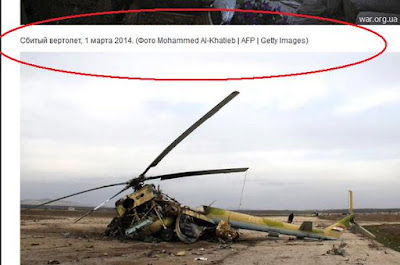 There are videos in circulation of Takfiri morons shooting Ak47's at the gunships, with the obvious consequence being that the bullets just ricochet of the state-of-the-art armour, resulting in a return-to-sender event. With $10,000+ being offered for the heads of the Russian pilots, the CIA-backed Jihadi's will have to make a call to Obama for a Javelin if they hope to down a Russian gunship. Of course, 'rainman' Röpcke gave his 2 cents on the matter: 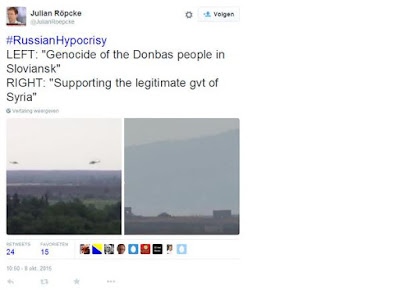 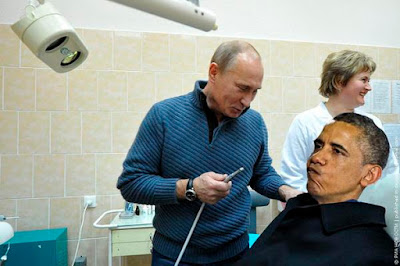