Western countries carried out operations in Syria for a year and gained nothing, while the legitimacy of Russia's actions is justified by international law and the UN Charter, said Deputy Syrian foreign Minister Faisal Miqdad. 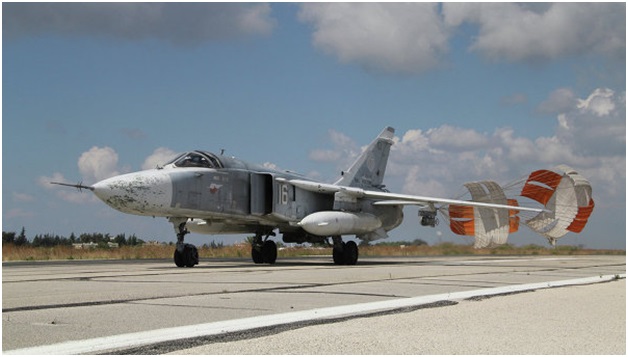 Western countries carried out operations in Syria for a year and gained nothing, while the legitimacy of Russia's actions is justified by international law and the UN Charter, said Deputy Syrian foreign Minister Faisal Miqdad.

Russia's actions in Syria are consistent with international law and that they are more sincere and effective than operation of the international coalition, said Deputy Syrian foreign Minister Faisal Miqdad in an interview to RT Arabic.

"We believe that our Russian friends are sincere in their words and actions, the legitimacy of which can be justified by international humanitarian law, international law and the UN Charter. At the same time, Western countries initially carried out the operation insincerely and haven’t achieved anything, although it's been a whole year. Thus Russia did in a few days what American coalition failed to achieve for more than one year," — said Miqdad.

However, he stressed that the Russian Federation declared that their airstrikes, are directed only at the "Islamic state" and "Jabhat Al-Nusra" and other terrorist organizations linked to "al-Qaeda", recognized as extremist by international organizations.

From September 30th, forward, Russia at the request of President Bashar al-Assad began to conduct airstrikes against the "Islamic state" in Syria. This time, Russian aerospace forces conducted two hundred airstrikes in total, having destroyed about 300 militants, training camps, command points, ammunition depots and other facilities.

In addition, 26 cruise missiles were fired from the ships of the Caspian flotilla, which successfully destroyed the ISIS targets. The General staff of the Russian armed forces reported that the militants are suffering significant losses and change their tactics, scattering their forces and hiding in the populated areas.

According to the Russian military, the targets are chosen based on intelligence reports from Russia, Syria, Iraq and Iran, andhigh-precision weaponry is used. The Syrian Ambassador to Russia Riyad Haddad confirmed earlier that the strikes are precisely hitting the terrorist armed groups, not the opposition or civilians. In addition, according to him, since the beginning of the operation of the Russian Federation in Syria about 40% of the ISIS infrastructure was destroyed.

The President's press Secretary Dmitry Peskov said earlier that the Russian operation in Syria will be implemented for a period of offensive operations of the Syrian armed forces. The head of the Kremlin administration,Sergei Ivanov, said that there will be no ground operation.