Moscow's firm and swift response forever changes the Grand Chessboard. The French appeared to vacillate, unable to get firm assurances from their Atlanticist partners in DC.  Has this pushed Hollande towards Putin?

By: Stevan Gajic,Institute of European Studies - 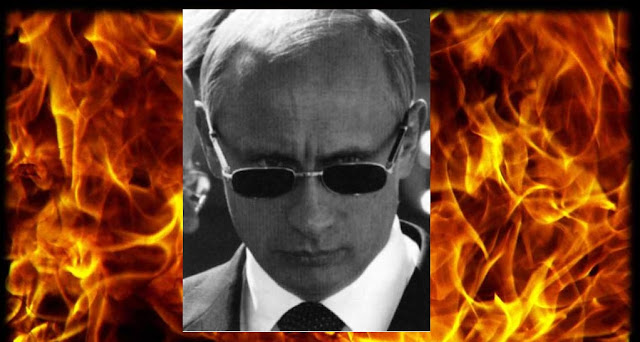 Moscow's firm and swift response forever changes the Grand Chessboard. The French appeared tovacillate,unable to get firm assurances from their Atlanticist partners in DC. Has this pushed Hollande towards Putin?

Events unfolded very quickly after the Turkish F16 fighter jet downed a Russian SU24 bomber over the Syrian territory, close to Turkish border. The act was characterised by Russian president Vladimir Putin as "backstabbing” on the part of the Turks. Russian authorities and the public are especially enraged because of the death of one of the pilots, and even more so by the videos of one of the pilot’s body being treated with utter disrespect by the Turkmen terrorists in Northern Syria - one of the groups that is well known for being backed by Turkey.

It seems that for Russia, the red line was crossed and it will not tolerate any harm to its forces without serious consequences and retaliation. To prove their money is where their mouth is, the Russian planes have fiercely bombed the region of Syria where the particular group of terrorists were located, and immediately deployed the notorious S400 anti-aircraft defence systems in their Khmeimim air base near the Syrian city of Latakia. This system immediately changed the balance of powers in the region as its range of fire well surpasses the territory of Syria. Needless to say that other consequences such as an economic embargo were put in place by the Russian authorities, ranging from poultry imports and gas deals, to tourism.

So why didRecepTayyipErdoğanmake this move? One reason might be the fear of the Russian-Iranian alliance that was made public in Teheran only a day before the Russian bomber was shot. Another might be that Russia destroyed about a 1000 "ISIS” oil trucks and a an oil refinery which was a great source of cheep oil for Turkey, and some sources sayErdoğan’sfamily as well. Or maybe Turkey wanted to retaliate for its F4 airplane that was shot over Syria by the Syrian Arab Army three years ago.

Whatever the reason, it seems the Turks regret what they have done as their latest official statements became more apologetic, but not sufficiently, and Moscow will not settle for anything less than a clear apology. But what is more important is that Turkey officially announced its fighter aircraft will not patrol the Syrian border anymore, obviously fearing the S400 might shoot one of them.

The Turks also did not calculate another variable before they decided to strike. After the Paris carnage, France seems to be back on track with its good relations with Russia. Only couple of months ago, they were in a diplomatic struggle over the Mistral boat deal and economic sanctions imposed on Russia. But after the Paris tragedy, Francois Hollande is trying to make up, and join the war against the Islamists and even forget about the anti-Assad rhetoric.

Turkey received cold shoulder treatment from its allies too. NATO’s support for Turkey doesn’t go all the way, as the North Atlantic alliance has already showed reluctance to fight on the Turkish side in a possible Russia-Turkish war, and NATO withdrew some of their Patriot rockets from Turkey only two months ago. At the same time the UK has changed its position significantly and plans to fight the Islamists actively now. This might have something to do with David Cameron’s recent visit to China where he signed a number of large business deals with the emerging Asian empire.

The real question is, did the US leave Turkey to fry, and maybe led it to confront Russia, only to witness the consequences and take no part in further events? Or maybe the US are simply not getting their hands dirty, and want to fight Russia in a chain of proxy wars to the last Turk, Ukrainian or German (as George Friedman suggested[1]), as in the "good ol' days” of the 1980’s Soviet Afghanistan war. What ever the reasons, Turkey is about to face grave consequences for its actions. Events flow in linear fashion, in one direction: Turkey cannot take back what it has done, and Russia's responses, as well as those surely to come on top of these, have forever changed the geopolitical game. If that was NATO's goal, then perhaps it succeeded - but as a result, Moscow has been given a free hand to act, and is now holding most of the cards.