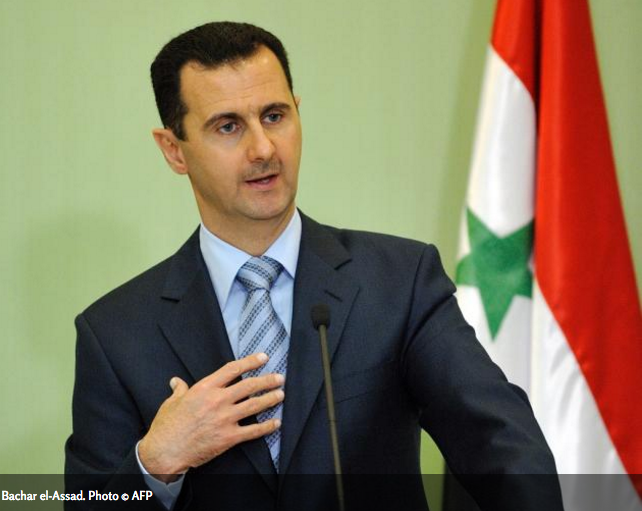 Exclusive. The editorial director of Valeurs actuelles, Yves de Kerdrel, is currently in Damascus, Syria, where he was able to meet Bashar al-Assad, who granted him an exclusive interview following on the attacks that have struck France. 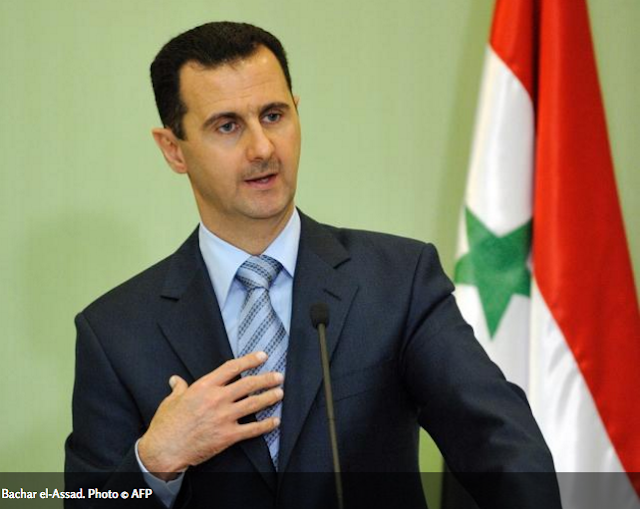 Valeurs Actuelles, November 14, 2015
Translated from French by Tom Winter
Exclusive. The editorial director of Valeurs actuelles, Yves de Kerdrel, is currently in Damascus, Syria, where he was able to meet Bashar al-Assad, who granted him an exclusive interview following on the attacks that have struck France.
Yves de Kerdrel : How do you react to the terrorist attacks that have struck France tonight?
Bachar el-Assad: What has happened is terrible. France will not be able to fight against terrorism as long as it is allied with Qatar, or with Saudi Arabia.
Yves de Kerdrel : The question of your departure, demanded by certain ones, is it still relevant?
Bachar el-Assad: The question of my departure is not posed except in international conferences. The question of my departure depends uniquely on the will of the people and parliament of Syria. Those who want to destroy Syria want most of all to destroy the last secular state in the region. Secular is our identity. It is essential for the Near East.
Yves de Kerdrel : Turkey plays a troubled role in the war which you are conducting against terrorism.
Bachar el-Assad: It's mostly the West that is blind to what's going on in Turkey. The Turks support Al-Nusra and Daesh, and they are sending you migrants by the million. You might rather ask after Erdogan's ulterior motives. When I look at the state of the world I understand that Vladimir Putin is the only defender of Christian civilization one can count on.
fortruss.blogspot.ru
Assad Putin Syria Yves de Kerdrel
Comments: 0
Category: Headlines, TopStories
Сomments
opinions of readers
The rules Registration Login
Experts' Panel
Presently a growing number of people, including well known and...