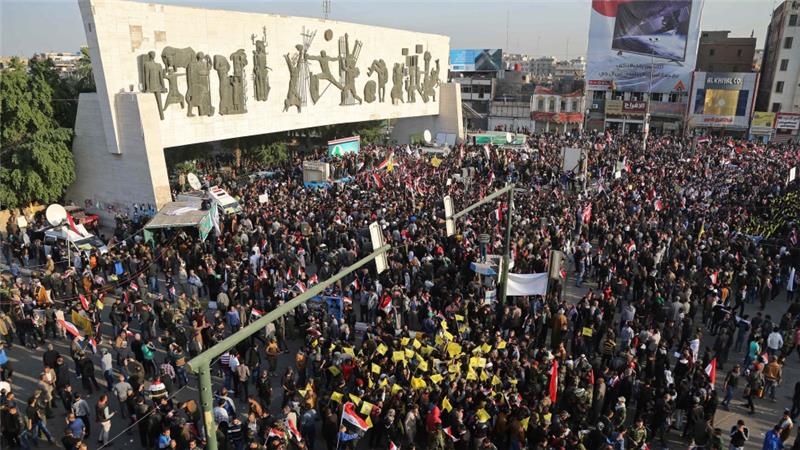 Iraq’s prime minister, Haider al-Abadi, has called for the immediate withdrawal of Turkish troops from northern Iraq in a national address, insisting no foreign forces are needed to fight the Islamic State group in his country.

Turkey has had troops in northern Iraq to help train local Kurdish and Sunni forces since 2014, but the arrival of additional troops last week sparked an uproar in Baghdad. Turkey subsequently halted new deployments but has refused to withdraw its soldiers.

Iraq had already tried to solve the crisis with "peaceful and diplomatic means”, Abadi said in the televised address on Friday night. "We gave our neighbour Turkey a time limit to withdraw its troops and not to close the door to dialogue,” he said.

Earlier on Friday, Abadi asked his foreign ministry to submit a complaint to the United Nations about the presence of Turkish troops near the Isis-held city of Mosul.

Abadi asked the security council to "shoulder its responsibilities” and order the withdrawal of the Turkish troops. "This is a flagrant violation of the provisions and principles of the UN charter and in violation of the sanctity of Iraqi territory,” a statement from his office said.

Iraq’s religious leaders admonished Turkey during a sermon in Karbala. Grand Ayatollah Ali al-Sistani said Turkey should not have sent "troops to the territory of another state under the pretext of supporting the fight against terrorism” and called on the Iraqi government to "protect the sovereignty of Iraq”. The representative of the cleric, Ahmed al-Safi, relayed al-Sistani’s words during a Friday sermon.

The Turkish president, Recep Tayyip Erdoğan, said on Friday that Turkey had no plans to withdraw troops and would continue with the training process "in agreement” with Iraq. He did not elaborate.

Erdoğan defended Turkey’s move to send more troops, saying Isis and other terror groups were "running wild” and Baghdad was unable to protect Turkish soldiers there. "Are we to wait for the invitation of the central Iraqi government when there is an attack to our country? We have no such luxury,” Erdoğan said.

"We think that Turkey’s actions in northern Iraq are illegal. It is an invasion into a neighboring state,” Russian Deputy Foreign Minister Gennady Gatilov said

Iraq is furious at Turkey’s military incursion, but the U.S. State Department doesn’t seem too concerned. Its spokesman stonewalled RT’s questions about the Iraq-Turkey row, getting personal in the process.

Turkey has sent tanks and hundreds of soldiers to a base near the city of Mosul this past weekend, and on Wednesday, Turkish jets bombed Kurds in northern Iraq. The government in Baghdad has described the actions as a violation of Iraqi sovereignty, has issued an ultimatum to Ankara to withdraw, and has even asked NATO to rein in its errant member.

The dispute has compelled the Iraqi parliament’s Defense and Security Committee to ask for a review of the security agreement with the U.S.-led coalition, as committee member Hamid Mutlaq told RT on Wednesday.

When asked about it by RT’s Gayane Chichakyan, however, State Department spokesman John Kirby first said he was unaware of Iraq’s concerns.

The U.S. wants "any action against ISIL – inside Iraq, specifically – to be done with full cooperation and [in] coordination with the Iraqi government, and their sovereign permission,” Kirby insisted, noting that he had said the same thing months before, as the Pentagon spokesman and uniformed admiral.

"Now there is this dispute between Turkey and Iraq over the presence of a small number of troops,” the State Department spokesman added dismissively. "And we want Turkey and Iraq to work this out. And they are. You are trying to find a way to make this some kind of a divisive issue.”

Chichakyan asked a follow-up question about whether Iraq has a legitimate concern over "the situation where the U.S. invites forces to Iraq and the U.S. is leading this coalition… but when something goes wrong, the U.S. says it’s none of our business – like what is happening with the Turkish troops.”

"Ah, come on,” Kirby moaned, "again another ridiculous question.” He then made personal comments about both the journalist and the company, saying Chichakyan should be "embarrassed” to ask such a question before claiming that "RT very rarely asks any tough questions of their own government.”

Is it really "ridiculous” or "baseless” to ask a question about what the Iraqis obviously consider an important issue, one that they are obviously not "working out” bilaterally with Turkey, from a diplomatic spokesman representing the country so fond of pointing out its leadership of the 65-nation coalition? You be the judge.