The U.S. mainstream media excludes almost all reporting and analysis that challenges the neocon/liberal-interventionist "group think” about the supposed Russian threat, but once in awhile a backhand acknowledgement of reality slips through, as Gilbert Doctorow was surprised to find.

The newest issue of Foreign Affairs continues to show a significant drop-off of professionalism in the mostly Russia-phobic essays at the flagship American magazine on international relations. Yet as low-grade as these essays may be, one of them is highly damaging to the dominant Washington narrative against Vladimir Putin’s Russia.

Emma Ashford, a visiting research fellow at the neoliberal/libertarian Cato Institute, produced an essay that is a jumble of statistics and arguments, many of them contradictory, and all of them set out without prioritization. The author clearly lacks experience and judgment. But what makes this essay newsworthy is that hit or miss the author is going up against the U.S. establishment and directly calling for an end to U.S. sanctions against Russia. 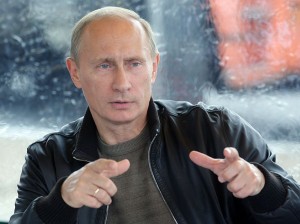 If I may sequence her arguments properly, the sanctions a) have been totally useless in changing Russian foreign and military policy in the directions desired by the U.S., b) they have caused very little damage to the Russian economy but much harm to immediate European and American economic interests, and c) they have caused the Russians to join with other BRICS members in creating institutions and pursuing financial practices that ultimately will undermine U.S. global hegemony, thereby compromising America’s future.

Along the way, Ashford agrees with IMF predictions that "even with continued low oil prices … growth will return to the Russian economy in 2016.” This means the sectoral prohibitions have not impaired the economy in the ways intended.

The author notes that Moscow circumvented the sanctions partly by turning to China, where it concluded a $400 billion gas deal, a 150 billion yuan currency swap and other major agreements. Moreover, the sanctions on individual targeted companies have been compensated by largess from the Kremlin so as to attenuate any losses.

And the travel bans and property arrests on targeted members of the elite have only been a minor nuisance, which never provoked them to turn against their president. Looking to the future, Ashford does not expect the sanctions to eventually work, calling that "wishful thinking.”

The essay goes off the rails when Ashford tries to explain the "costs of containment” to the U.S. and its allies in Europe, which she characterizes as "major.” Next we read that in Europe the European Commission estimates that sanctions cut growth by 0.3 per cent of GDP in 2015. Perhaps even she understands that is not much, so Ashford tries again by citing predictions from the Austrian Institute of Economic Research that continuing the sanctions on Russia may cost Europe "over 90 billion euros in export revenue and more than two million jobs over the next few years.”  Predictions about the "next few years” are not the kind of hard data that normally moves politicians.

And she trots out the widely cited figure of 400,000 German jobs that are at risk over sanctions. Still more vaguely, she speaks of how major European banks like Société Générale in France and Raiffeisen in Austria may be destabilized and require state bailouts if their large loans to Russian concerns become uncollectible due to borrowers’ insolvency.  Turning to the U.S., Ashford directs attention to the administrative and legal costs that American banks have to bear as they enforce regulations calling for freezing and managing the assets of sanctioned individuals. They have had to hire additional legal and technical staff to ensure they are in conformity with the myriad of sanctions and thus avoid rippling penalties from the federal authorities for the least error of execution. At what cost? Not a word, although that is obviously a difficult measure to quantify.

Meanwhile U.S. energy companies are suffering foregone (not specified) profits by being unable to pursue the large exploration and production contracts they had concluded with Russian counterparts. And they may possibly lose the multi-billion-dollar investments they made in such projects before the sanctions came into effect. Still, there is no reason to see any of this as crippling punishment for U.S. energy companies.

I think it is fairly obvious that all of the foregoing "costs” for the U.S. and its allies are not much more than mosquito bites. By presenting them as she does, the author shows lack of discernment in what constitutes proof to justify a dramatic change in direction of a fundamental foreign policy stand by the U.S.

But her lapse of professionalism does not end there: Ashford moves on, falling into glaring logical inconsistencies. We are told that the sanctions "may harm European energy security.” Specifically, Ashford cites a prediction from Cambridge Energy Research Associates that as a result of sanctions Russian oil production may drop from 10.5 million barrels a day today to 7.6 million barrels in 2025.

This does not jibe with her remarks earlier in the essay on how the Russians were circumventing sanctions: "Russia has been able to find loopholes ….[and] in order to obtain access to Arctic drilling equipment and expertise, Rosneft acquired 30 percent of the North Atlantic drilling projects belonging to the Norwegian company Statoil.”

Nor does this jibe with her assertion at the end of her essay when setting out her recommendations on what punitive measures should replace sanctions if we accept that they have been a failure. There she urges the U.S. to export oil and liquefied natural gas to Europe so as "to provide Europe with an alternative source of energy” and "to starve the Russian state of revenue.” This would, she says "allow European states to wean themselves off Russian oil and gas.”

One of these positions may be correct, but they cannot all be correct, and it should not be up to the reader to choose from this Chinese restaurant menu.

Given the unimpressive nature of Ashford’s arguments against sanctions coming from their past and present economic consequences, her real knock-out blow against sanctions comes in the completely different and unquantifiable area of argumentation that is political and geopolitical. She faults the sanctions for prompting a "rally round the flag” phenomenon in Russia that has, perversely, raised President Putin’s approval rating from 63 percent in March 2014 when Russia took possession of Crimea to 88 percent in October 2015. His power, which theoretically should have been shaken by the U.S. and E.U. sanctions, has instead consolidated.

The sanctions also encouraged Russia to take actions to protect its financial institutions that ultimately will threaten the global economic influence of the United States. These measures include the creation of an alternative international payment system to SWIFT, the creation of a domestic credit-card clearing house that challenges Visa and MasterCard, and the creation of a BRICS development bank that duplicates the World Bank and International Monetary Fund.

The net effect of these actions, once implemented, will be to cause the United States "to have a harder time employing economic statecraft,” by which she means imposing crippling financial sanctions on other states as they succeeded in doing to Iran. In the same vein, Ashford sees a threat in Russia’s shift away from trading in dollars.

Ashford’s recommendation, the true punch-line of the article, is that "the United States should cut its losses and unilaterally lift the majority of the sanctions on Russia.” This advice surely will set off alarms within the Beltway.

In that sense, Ashford’s essay may have dealt even a harder blow against Washington’s "sanction Russia” consensus than did John Mearsheimer’s iconoclastic Foreign Affairs article from 2014, "Why the Ukraine Crisis is the West’s Fault,” a top-drawer essay that caused dyspeptic fits and sparked a lively debate in the follow-on issue of the magazine.