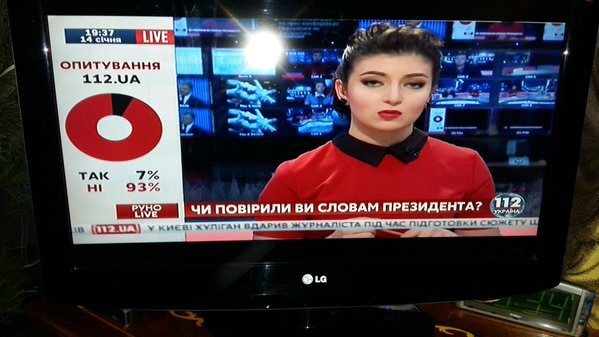 The question that viewers had to answer read as follows: "Did you believe the words of the President?".

At of this current moment, the result is stunning, though largely predictable. Almost 93% of respondents answered in the negative.

This once again confirms not only invalidity of the rating of the current President of Ukraine, but also the complete loss of trust and credibility.

Despite loud slogans, being full of promises, aggressive rhetoric against Russia and the assurance that, with the help of the West, the situation in the country will be stabilized, ordinary Ukrainians do not believe Poroshenko.

As a reminder, in May 2014, Poroshenko became the President after winning the election in the first round of voting, gaining, according to official data, 54.7% of the votes.