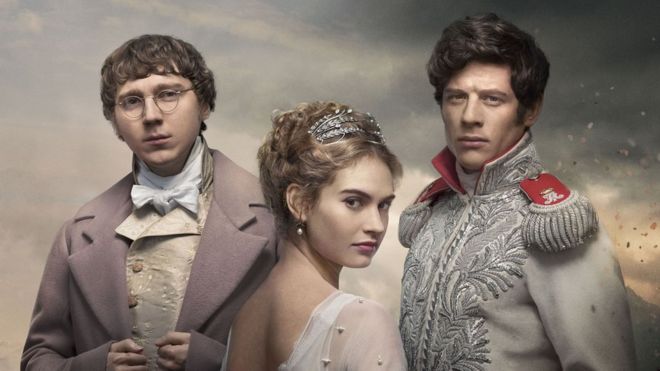 Does NATO need some kind of elaborately costumed reminder that bad things happen to you when you mess with Russia? I’m going with yes

Does NATO need some kind of elaborately costumed reminder that bad things happen to you when you mess with Russia? I’m going with yes

Looking for something to watch while you work on your Russian tricolor blanket knitting project? (Yes, in addition to being a political and foreign policy wonk, yours truly enjoys knitting.) Have no fear! Auntie Beeb has you covered. 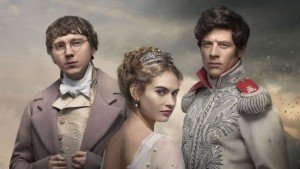 Cast members of BBC’s 2016 broadcast of ‘War and Peace’

Given the BBC’s congenital inability to cover Russia in its news broadcasts in any kind of unbiased way, the casual Russophile might be led to believe that their version of Leo Tolstoy’s War & Peacewould be rife with racist stereotypes, cartoonish Slavic accents, and trite lectures on freedom and democracy. However, in their adaptation of the classic Russian novel, BBC Wales has managed to earn back a little dignity for the UK’s state-owned media company. After all, this is a lofty BBC period piece, not The Daily Show.

British go-to novel adaptation screenwriter Andrew Davies has left typical Russophobia at the door and this treatment of the novel is respectful and true to the original story.  The production values are no less what one would expect from one of BBC’s famous big-budget costume dramas. The cast list reads like a Who’s Who of respected or trendy British (and a few American) actors: Paul Dano of Little Miss Sunshine stars at the bespectacled and well-meaning Pierre Bezukhov; Lily James of Downton Abbey is Natasha Rostova; James Norton (Grantchester) is Andrei Bolkonsky; Jim Broadbent (Iris, Vanity Fair) is Prince Nikokai Bolkonsky; Aisling Loftus (Mr. Selfridge) is Sonya Rostova; and Gillian Anderson (X-Files, Bleak House) is Anna Pavlovna Scherer; and Greta Scacci (Brideshead Revisited, North and South) is Countess Natalia Rostova.

Aside from the enormous budget and glittering cast, the movie itself is a respectful treatment of Tolstoy’s epic. The film is a bit slow-going at first, but picks up much more speed during the second half, so it is well worth sitting through. Russian culture — from traditional chant overlaid on the battle scenes to an Orthodox wedding — is treated as a natural part of the film’s backdrop and storyline, sans the tempting Otherizing that Western media has been so guilty of when it comes to depictions of Russia. (Although, somebody on the production team told the Austrians to sport poorly executed accents. That was a bad call. They sound like Nazis.)

The first two parts of the miniseries begin in 1805 and detail the Schöngrabern engagement and the Battle of Austerlitz. The novel and the film span the entirety of Russia’s war with France, ending with the aftermath of Bonaparte’s defeat

The Napoleonic Wars are an important part of Russian and European history, and War & Peace’s detailed account of Russia’s struggle against the French and allied invaders should remind viewers that yes, Russia will defend her sovereignty, and yes she will beat your sorry behind. In spite of the Western elite’s poor opinion of Russia (here’s an ethnocentric The New Yorker columnist who can’t understand why democracy-loving Americans like to hear Tchaikovsky’s democracy-hating 1812 Overture on the Fourth of July [umm…because it’s badass and there are cannons] and claiming Napoleon was more democratic than the Russian tsar), the BBC film does not gloss over the fact Russia, alongside other European great powers, fought and defeated the expansionist Napoleon, albeit at great cost.

Adaptations like War & Peace are what UK citizens actually pay their BBC license fee for. Given the current political climate, it is surprising that the BBC chose to portray Russian people, culture, and history in such a positive light. Is there mutiny afoot in the artistic ranks? Do we have to put the actors in charge?

Certainly, cultural collaboration has continued on among the rank and file of the film industry. War & Peace was shot  on location in Latvia, Lithuania, and Russia in such locations as Catherine Palace, The State Hermitage Museum, The Russian Museum, the Yusopov Palace, and was funded in part by the (wait for it) Lithuanian Tax Incentive for Film Production, and the musical talents of the State Choir of Latvia. Yes, it’s true. The Lithuanians and Latvians participated in filming a movie about the hated Russians.

If the Russophobic Baltic states and the Russia-hating BBC can put aside their differences and work with the Russian government to bring a solid adaptation of a classic piece of Russian art to their international English-speaking audience, imagine what they could accomplish if they brought their open-mindedness to real-life matters of war and peace. Is that asking too much? Why can’t we have nice things?

If you really can’t stomach any output from the BBC but are looking for something in a similar vein, I recommend heading over to YouTube and checking out Rossiya 1’sEkaterina (with English subtitles), a 12-part miniseries which depicts Catherine II’s early years in Russia. It definitely gives Beeb productions a run for its money, and you don’t have to listen to people speaking with posh English accents pretending they’re speaking Russian. For Russian language learners, I find Rossiya 1 productions easy to understand due to clearer diction and intonation than might be found in other Russian media.

More on this story:

A guide to a book that is not just great, it is the best novel ever written