The peace talks between Syrian government and opposition scheduled to begin on Friday in Geneva were preceded by furious arguments about who should or should not attend. This did not augur well for ending or even de-escalating a war that has torn Syria apart and forced more than half its 22 million people to flee their homes. 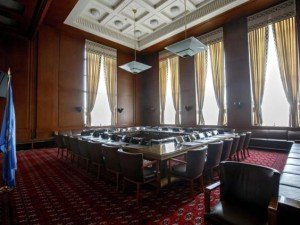 Several of the most important parties taking part in the fighting will not be present in Geneva, including Isis, the al-Qaeda affiliate Jabhat al-Nusra and the Syrian Kurds. Taken together, the groups control two-thirds of Syrian territory, though much of it is scantily populated.

Prospects for the Geneva talks are further hobbled because they are solely about Syria, though the war is taking place in both Syria and Iraq. Isis straddles the two countries, so the fighting cannot stop in one and continue in the other.

But the diplomatic chaos in the run-up to Geneva masks important changes on the battlefield and in the balance of power between the forces supporting the Syrian government and those opposing it. The most important development was the start of Russian air strikes in support of the Syrian army on 30 September, coming a year after the US began giving air support to the Syrian Kurdish People’s Mobilisation Units (YPG) to stop the Isis assault on Kobani.

The deployment of the world’s two largest air forces, Russia in co-operation with the Syrian President Bashar al-Assad’s armed forces, and the US with the YPG, gives these armies vastly increased firepower and military strength out of proportion to their numbers. Unsurprisingly, they have won victories against Isis and the non-Isis Syrian armed opposition, the YPG supported by US air strikes capturing territory 250 miles long between the Tigris and Euphrates along Syria’s border with Turkey. Arab fighters allied to the YPG are 30 miles north of Isis’s Syrian capital, at Raqqa, while others have crossed the Euphrates at the Tishrin Dam and are close to sealing off Isis from Turkey and the outside world.

The Syrian army has been advancing under a Russian air umbrella in Latakia province in the north and in Deraa in the south, retaking towns and villages held by the rebels for two or three years, though it has not recaptured cities such as Idlib and Palmyra. Whatever the outcome of the war, few now expect Mr Assad to lose, even if his army is not strong enough to win a decisive victory.

The war in Syria and Iraq now has important common features: the Syrian army, the YPG, the Iraqi army and Iraqi Kurdish Peshmerga fighters advance on fixed positions held by Isis or other armed opposition. Ground forces identify targets, which are then obliterated by planes so the defenders suffer heavy casualties, if they decide to stand and fight, while the attackers, whose losses are small, mop up the survivors.

Such tactics are effective but they are not a sure-fire formula for complete victory, because those under air attack may disperse and resort to guerrilla warfare. Iraqi and Syrian infantry may take positions because of intense Russian or US air strikes, but they do not have the manpower to occupy permanently the ground they have taken. A year ago, the Iraqi army recaptured Tikrit from Isis and the Iraqi Prime Minister, Haider al-Abadi, visited his victorious soldiers in the city amid scenes of jubilation. But a week ago, in the Iraqi Kurdish capital of Irbil, an elderly man called Fadel Ali Shaher and his wife, Aida, who had returned to their home neighbourhood in Tikrit after the Iraqi army success, explained why they had had to flee a second time. "It was too dangerous to stay,” Aida said. "The government is in the centre of Tikrit, but Daesh [Isis] is in the villages around it and there was too much shooting between the two for us to stay.”

Another feature of the fighting is the near-total destruction of cities because ground forces rely on calling in air strikes. Fadel and Aida said that during their return to Tikrit "we had to live in an empty house people found for us because our old neighbourhood was completely destroyed by bombing”. Kobani, Sinjar and Ramadi have seen even greater levels of destruction than Tikrit.

Massive use of US and Russian air power is the decisive development in the war since the summer of 2014. This in turn has transformed the political landscape in a way that may not be obvious as rancorous Syrian parties, factions and militias along with their non-Syrian supporters denounce each other before and during the Geneva meeting. "The Syrian problem will be decided on the battlefield,” says Fuad Hussein – the chief of staff of the Iraqi Kurdistan President, Masoud Barzani, one of several powerful players in the Syria-Iraq war not represented in Geneva – in an interview with The Independent.

But Mr Hussein notes that the politics of the war have changed since Russia and the US both became fully engaged. He says that the war in Syria has gone through three stages. The first was determined by local forces when the conflict began in 2011 and the second saw the dominance of regional players such as Turkey, Saudi Arabia, Qatar, Iran and Hezbollah of Lebanon. The third stage of the conflict is its internationalisation as the US and Russia increasingly take charge, something he sees as a hopeful development: "If the crisis is going to be solved, it will be by an agreement between Russia and the US.”

Russian and American military and diplomatic action in Syria is a curious mix of co-operation and rivalry: an offensive by YPG proxy forces attacking Isis west of the Euphrates in recent weeks was supported first by US and later by Russian air strikes. Farther west, in Idlib province, on the other hand, the US is supplying armed opposition groups battling the Russian-backed Syrian army.

The military and political engagement of what used to be called the superpowers reduces the influence of regional Sunni states which stoked the Syrian war between 2011 and the fall of Mosul to Isis in June 2014. One UN negotiator said in frustration at the time that "the West seems to have subcontracted its policy on Syria to Saudi Arabia”. But when Isis made spectacular advances, it became clear that the Sunni powers had no policy except the overthrow of Mr Assad, and this they were failing to achieve. At the same time, Turkey tolerated or was complicit in the growth of extreme Islamist terrorist movements such as Isis and al-Nusra.

The military balance in northern Syria could change again if Turkey sends its army across the border. Mr Hussein believes that direct Turkish military intervention is now unlikely in the face of Russian air power and air defences. Others are less certain, the veteran Syrian Kurdish leader Omar Sheikhmous warning that "the PYD [Syrian Democratic Union Party] should not make the mistake of thinking that they are stronger than they are and that the Turks will not act”.

Local powers in Syria and regional powers in the Middle East have failed to bring an end to the Syrian cataclysm either through war or diplomacy so real progress towards peace depends on action by the US and Russia.

Friday’s peace talks in Geneva, assuming they do start as expected, will be as much about who is not there, as who is.

Isis and Jabhat al-Nusra will not be represented, despite violently opposing each other and, between them, controlling large areas of Syria. Both are seen as far too radical to have any part in Syria’s future.

The Saudis have drawn up a list of acceptable opposition groups, the so-called Higher Negotiating Committee. This has infuriated one of the non-Saudi-backed organisations, the Syrian Democratic Council, which has proposed its own Democratic Secular Syrian List.

That list is likely to include the main Kurdish faction, the Democratic Union Party, or PYD, whose YPG fighters are considered terrorists by Turkey: Ankara is adamant the PYD will not take part. With such an alphabet soup of opposition groups, it will be a triumph if the negotiations begin on time.