Behind the masks of the Ukrainian revolution

An interview by Audrey Loussouarn with French film director Paul Moreira on his new film about the Odessa Massacre of May 2, 2014, interview published in French in L’Humanité, Feb 1, 2016, translation to English by New Cold War.org 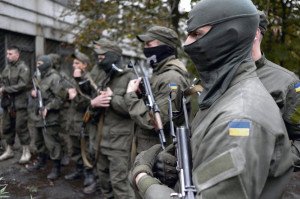 ‘I think I have never seen an event so dramatic, so filmed and at the same time so little examined.’

Introduction by L’Humanité:
Tonight, Canal + channel will broadcast a documentary film by the investigative journalist Paul Moreira on the Odessa Massacre of May 2, 2014 and the role of the far-right militias in the Ukrainian post-revolution. The film is an essential work of detoxification.

Paul Moreira has made a name for himself in the investigative documentary genre. His investigation, aired tonight, is no exception. The journalist, co-founder of the agency Premières Lignes, focuses on the Ukrainian revolution. The documentary is in three parts and it deconstructs an excessively glossy image of a movement that charmed Western Europe. It portrays three neo-Nazi movements operating alongside the pro-Ukrainian population and infiltrating the government before gradually joining the Ukrainian armed forces. Images and testimonials in support of the investigation denounce the unpunished crime when 45 pro-Russian protesters were burned alive in Odessa on May 2, 2014, with the interested complicity of the United States.

You explain in the introduction to your documentary that you have observed three symbols present in the rallies of the Ukrainian revolution. Is this the starting point for your investigation?

Paul Moreira: I had never set foot in the Ukraine. The only perception I had of the revolution was the images I saw on television. I then found a kind of mismatch between the media enthusiasm about the revolution and the little signs that disturbed me. Little interferences, elements that do not ring true. I’m referring to the banners of Right Sector, extremely belligerent; armbands with the symbol of what will later become the Azov Battalion… These were worrying signs, not really explored. I always distrusted stories told in black and white. In researching, I realize that we have omitted–I do not necessarily mean censored–a part of the story. Omitted by natural propensity, omitted because the Western democracies did not protest when the "nice ” Ukrainian revolutionaries massacred civilians in Odessa. I made a set of findings that make me say that there has been a problematic interpretation of Ukrainian events.

How do you explain this silence?

PM: For the Odessa massacre to become known, it would require denunciations of the fact that in the heart of Europe and in the 21st century, forty-five people were killed with a total lack of response from the Ukrainian police. It is a mass slaughter completely unpunished and not investigated. The European Commission got interested the story. They read written reports but did not conduct a field investigation. So we end up in a situation quite paradoxical and amazing, where YouTube is full of videos about what happened. Like many, I had not seen that information. So I spent many weeks watching and comparing videos to metabolize facts. 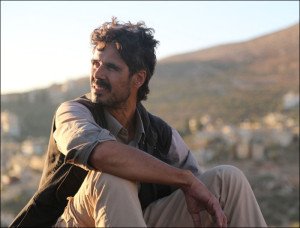 French film journalist Paul Moreira was born in Portugal in 1961

I think I have never seen an event so dramatic, so filmed and at the same time so little examined. Articles certainly have been written. Except, the general public perception is that nothing happened. Because these were the pro-Russians, the old communists. This should have awakened people to the fact that within the revolutionary forces, there are extremely violent and nationalist elements.

I did not use certain part of the overall story such as the inquiries in German and English tending to establish that the infamous sniper firing on Maidan Square [February 2014] may have come from the ranks of the Maidan insurgents as a form of provocation.

So there are many elements left in the shadows.

You say in the documentary that there is the risk that the monster turns against his creator one day. What do you mean?

PM: The revolution has given rise to militia shock troops, paramilitary groups. And the Ukrainian authorities do not seem to mind at all the presence of these groups. The latter do the policing instead of the police. Sometimes there are even exchanges of fire between the Right Sector and Ukrainian police. These, indeed, are individuals who took physical risks, who showed great courage because they wanted a regime change. But they had a different project than just bringing to power other politicians. The problem is this: the revolutionary movement, which happened in the streets, gave space to those paramilitary groups. And they now have gained their own momentum; they want to go much further. The Ukrainian authorities seem unable to control them. When they block the border and the police look on passively because they cannot or will not do anything, this is the creature that has escaped from their control.

You have collected various testimonies on site. The agents of the Odessa crime do not deny anything…

PM: Unfortunately, history is always on the side of the winners. If they are not punished, if there are no indications that a crime was committed, they feel legitimized. Joshua Oppenheimer, in his ‘The Act of Killing’ [2012 documentary film about the military coup and subsequent massacre in Indonesia] evokes this concerning the great massacres that followed the 1965 movement in Indonesia. The assassins explain the methods they used to kill and they state it very clearly: we are the winners, so we determine what is history and what is not. This reference came to my mind while thinking about these Ukrainians. One of the leaders of a pro-Ukrainian militia shows very well that he has no remorse. He believes that the victims got what they deserved.

They welcome you, too, happy in their training camps. According to you, who are they?

PM: When I go to meet them, I obviously have plenty of evidence already showing me they are heavily infiltrated by neo-Nazis and members of the extreme right. There is some information about them which is exaggerated and is part of the propaganda of Russians. I wanted to prove through images and through their own words who they really are. I present it like a revelation because they put a lot of energy into concealing their affiliation with neo-Nazism. They know it is not palatable in Western Europe to belong to this historical trend. I also wanted to show this intention. For example, in one scene, a young French man is in training with them. As I am filming, he realizes he forgot to remove his code name from his uniform. It reads "Mussolini”.

Between the conclusions regarding these troops and the attitude of the United States in this region of Europe, were you aware of its dangerous play?

PM: The former head of the CIA, General David Petraeus, has gone into private life, but he remains very close to the American government. He says something that the government would not dare say: offensive weapons are needed in Ukraine. Playing in the grounds of the house called Russia entails an enormous risk. The Ukrainian revolution had utterly commendable motives. But the reality is that the degree of investment by the Americans in the regime change of February 2014 can be interpreted by Putin as an act of war. Which could provoke him even more against the Ukrainians. The anti-Putin policy of the United States, aimed, as Petraeus puts it, to prevent Russia from becoming an empire, is very clear. It can lead to a massive conflict.