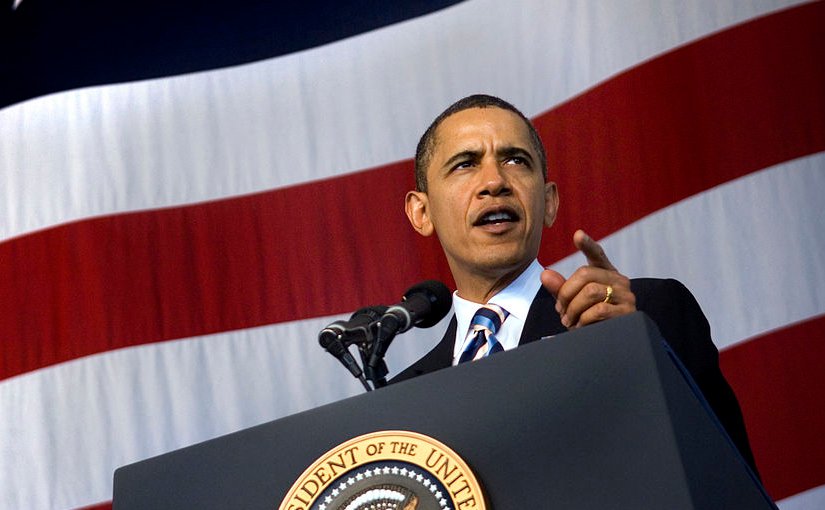 International experts and observers began to sum up the preliminary results of the US President Barack Obama’s presidency, which expires in January 2017.

Commenting on Barack Obama’s final State of the Union address to a Joint Session of the US Congress, Edward Lozansky, President and Founder of the American University in Moscow, called it "quite flat and forgettable.”

"Barely one in ten Americans watched the address to the nation which says they have no big hopes for better changes. Of course, Barack Obama had successes but mainly in the domestic policy. Many results have been achieved due to a significant increase in the national debt. The next generation will have to pay off,” the expert said in an interview with "PenzaNews” agency.

In his opinion, foreign policy of the American President has been less successful.

"Except for the Iranian nuclear issue, one cannot speak about any progress. The Middle East is burning in the fire. The war in Iraq and Afghanistan can still be attributed to his predecessor George W. Bush, but Libya, Syria, Yemen and rampant international terrorism are the responsibility of Barack Obama,” he explained.

Steven Schier, Professor of Political Science from Carleton College in Northfield, United States, also stressed that some of the President’s foreign policy assertions produced criticism in the US.

"His claim of a successful Syrian policy in the wake of so many deaths and many thousands of refugees was viewed as questionable by many observers. His historical record will be a mixed one, particularly because of the legacy of his foreign policies, which have not solved pressing global problems,” he noted.

Moreover, from his viewpoint, Barack Obama has failed to find ways to work with the Republican Party, which dominates Congress and most state legislatures.

"Unlike his Democrat predecessor Bill Clinton, he failed to reach out and find common ground, instead preferring to publicly criticize his partisan opposition and contribute to the political polarization in the US,” Steven Schier added.

Barry Burden, Professor of the Department of Political Science, Director at the Elections Research Center, University of Wisconsin-Madison, shared this opinion and noted that President Barack Obama is finishing his second term at a time of intense partisan polarization.

"Some of his failures were due to disagreements with conservative Republicans who won control of Congress in 2010. There has been little bipartisanship since that time. As a result, Barack Obama will also be remembered for going it alone during his second term, taking unilateral action on immigration, guns, and environmental standards,” the expert said.

However, according to him, public views about his presidency are divided.

"Barack Obama has success on several key policies. His signature accomplishment is the Affordable Care Act, which has increased the share of Americans with health insurance. He also helped to mitigate the impact of the Great Recession through stimulus spending and signed into law financial regulations to prevent future banking collapses. He has fallen short in other areas. He was unable to close Gitmo as he promised in his 2008 campaign. Mass shootings have become a regular part of American life with no change in policy. And there has been no major immigration reform. Obama has also expressed regret for growing income inequality during his time in office,” Barry Burden said.

"Just 46% approve of Barack Obama’s handling of his job in the most recent Pew Research Center survey. It is higher than George W. Bush’s rating at a similar time in his presidency, but much lower than Bill Clinton’s at a similar point 7 years into his presidency. The White House would point to Obamacare as his most important domestic initiative, but only 48% approve of his health care reform. His signature international initiative may be the Iran nuclear deal. But 49% of the public disapprove of it,” the expert said.

However, Steve Taylor, Associate Professor at the Department of Government for the American University, praised President’s accomplishments in foreign policy, specifying, in particular, the restoration of diplomatic relations with Cuba.

According to him, there were also advances on the domestic front which allowed, among other things, to increase the availability of healthcare, reduce the unemployment rate and energy costs.

"The President has a very difficult twelve months ahead of him. He is facing a hostile congress and a very conservative US Supreme Court. This can prevent him from advancing his agenda. However, many historians will remember his more productive first two years in office, and that will guarantee at least some positive reviews of his presidency,” the expert said.

Meanwhile, Charles Henry, Professor Emeritus of African American Studies at the University of California at Berkeley, reminded that the state of the country when Barack Obama took office left much to be desired.

"His major victories were a revival of the economy, Obamacare, the push for gay and lesbian rights, environmental protection, a new relationship with Cuba and the withdrawal of American forces from Iraq and Afghanistan,” the analyst noted.

In his opinion, the US President was less successful in closing Guantanamo, reforming Wall Street and punishing economic corruption, and education reform.

"His relationship with Russia was not strong and the relationship with China had pluses and minuses, and he was not successful in improving conditions in Palestine. A major disappointment for me was the acceptance of some of the national surveillance programs launched by Bush. A large part of these failures rests with a hostile Republican Party although Obama must accept some responsibility for not working closely with those in his own party,” Charles Henry added.

In turn, Stephen Skowronek, Professor of Political and Social Science at Yale University, stressed that Barack Obama’s main domestic achievements were concentrated in the first two years of his presidency when his party controlled both houses of Congress.

"Political division, polarization and partisan polarization confounded Barack Obama’s message of unity and change. He was stymied on a number of fronts, from immigration reform, to climate change and gun control. His use of unilateral executive action on these matters is constitutionally controversial, and may be substantially reversed by the Supreme Court. Failure to turn the Arab Spring in a positive direction, an inability to extricate the United States from the quagmire in Afghanistan and Iraq, and the tragedy in Syria mar the record considerably, though how much of this is be laid at the President’s feet is harder to say,” the expert said.

Moreover, in his opinion, the threat of terrorism makes all assumptions regarding the outcome of Barack Obama’s presidency premature.

"But history tends to treat presidents more kindly than the political assessments of their contemporaries, and Barack Obama’s identity as the first Black President will continue to command attention. I think that a lot of that attention will focus on whether and to what extent the racial divide was eased by his elevation to power or exacerbated by it,” Stephen Skowronek noted.

"Even if the Republicans manage to win the White House and keep control of Congress, they will find it very difficult to uproot the significant changes Obamacare has produced in the healthcare industry. The President’s policies also managed to keep the economy from falling into depression; indeed it has largely recovered. Americans are doing better today than they were doing in 2009, although the mood of the country may not reflect that fact,” the analyst explained.

However, from his point of view, Barack Obama was unable to improve the national political climate, leaving many Americans disillusioned with the political process.

"There may not have been much he could have done on this score, certainly he met stiff resistance from congressional Republicans. Not being able to overcome the vast gulf between the two parties meant that the President was unable to reach a grand bargain that might have made changes in entitlements and over the long run improved budget forecasts. I suspect leaders in both parties may come to regret missing that opportunity,” Peverill Squire noted.

Nevertheless, even a lame-duck President is powerful, so congressional Republicans will not be able to push through their policy preferences, he said.

"Thus, the President’s successes in his final year will be in the way of protecting his earlier achievements. Given the presidential and congressional campaigns, no one expects much from either the President or the Congress. In the final analysis, Obama will go down as a President with some major domestic policy victories, but at considerable political cost,” the expert concluded.

Barack Hussein Obama is currently serving as the 44th President of the United States, the first African American to hold the office.

Barack Obama won the US presidential election on 4 November 2008. He gained 338 of the 538 Electoral College votes, exceeding the 270 required.

Barack Obama was sworn in as the President of the United States of America on 20 January 2009.

He was reelected as President in 2012.

News agency PenzaNews is Russian independent information project, which supplies a steady stream of news. The website is constantly updated to bring the top stories from the city of Penza and the Penza region. The Analysis center of the agency covers important political, economic, cultural and other significant events in Russia and abroad.