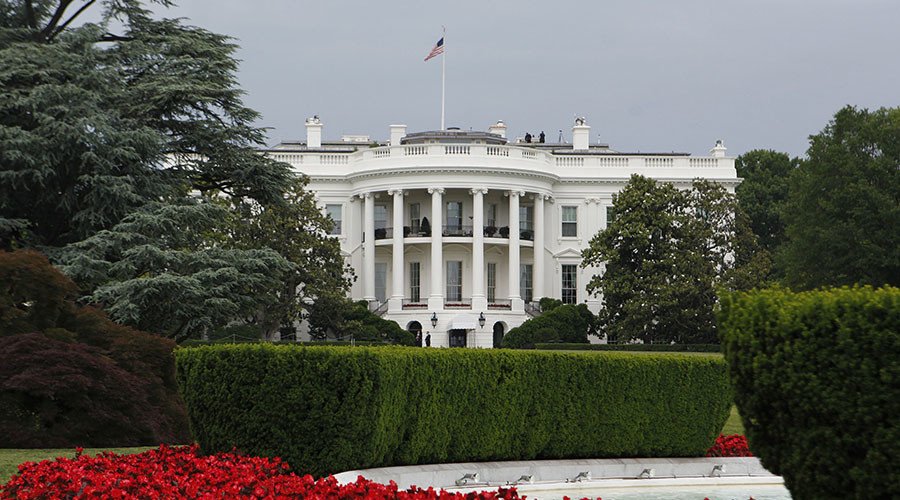 President Obama has extended for another year U.S. sanctions imposed on Russia over its military intervention in Ukraine, according to a White House statement.

Obama signed an executive order on March 2 to prolong the raft of measures that target senior Russian officials and businessmen connected to President Vladimir Putin’s inner circle, as well as a number of key Russian state companies, blocking them from visiting or holding assets in the United States, as well as doing business with some U.S. companies.

The United States imposed the sanctions in March 2014, after Russian troops seized Crimea from Ukraine, sparking the most serious crisis between Moscow and Washington since the end of the Cold War.

Obama broadened the sanctions again after Moscow launched a covert war in eastern Ukraine, where the Kremlin has been arming pro-Russian separatists. The European Union has also imposed its own sanctions against Moscow over the crisis.

Referred to as "targeted sanctions,” the measures are meant to inflict discomfort on the Kremlin leadership as well as hurt Russian state companies, intended to express U.S. disapproval and to deter Moscow from further land-grabs.

A copy of the order released by the White House said Russia’s actions in Ukraine continued to pose "an unusual and extraordinary threat” to U.S. national security. Although fighting in eastern Ukraine has largely halted since a ceasefire began last year, the conflict remains deadlocked with the front lines frozen in place.

The United States has said that the lifting of the sanctions is tied to the fulfillment of the so-called Minsk peace agreements, signed in early 2015. Part of those agreements require Moscow to help Ukraine’s government regain control over its borders in the areas held by the rebels and for local elections to be held there, but so far there has been minimal progress towards this.

The United States has accused Moscow of continuing to support the rebels with money and weapons.

Russia has called the sanctions unjustified. A spokesman for Putin, Dmitrii Peskov, said today the Kremlin "regretted” Obama’s decision to prolong the sanctions regime. Moscow has retaliated to the European Union sanctions by banning many food imports from the bloc, including gourmet cheeses.

The sanctions, along with those imposed by the E.U., have had an effect on Russia, exacerbating an economic downturn prompted by low oil prices that has pushed the country into recession. The measures have created serious difficulties for some of Russia’s largest state companies, including key state banks, that have been unable to access Western financing.

Perhaps even more damaging for the Russian economy, the sanctions have significantly chilled foreign investment in the country, with many investors wary that Russia may be headed into further economic isolation and spooked that another geopolitical crisis might lie in wait for Moscow.

Even companies not directly affected by the sanctions have curtailed their business and many Russian companies are struggling to attract investment or foreign partnerships.

The E.U. will review its own sanctions in June, with some members of the bloc pushing for the sanctions to be eased. The U.S. extension of its own measures is now expected to harden resolve among some European countries to resist this.

U.S. President Barack Obama has announced American sanctions against Russia are to be prolonged for another year. "The actions and policies addressed in the Executive Orders continue to pose an unusual and extraordinary threat to the national security and foreign policy of the United States,” he declared in a March 2 executive order. "Therefore, I am continuing for one year the national emergency declared in Executive Order 13660.”

Sanctions were initially introduced in 2014 because of Russia’s alleged role in the Ukrainian crisis and the accession of the Crimean Republic into the Russian Federation. They restrict economic activity between U.S. citizens and companies with a number of Ukrainian and Russian businesses and individuals.

"I found that the actions and policies of the Government of the Russian Federation with respect to Ukraine undermine democratic processes and institutions in Ukraine; threaten its peace, security, stability, sovereignty, and territorial integrity; and contribute to the misappropriation of its assets,” said Obama.

Following U.S. sanctions; the European Union introduced its own anti-Russian sanctions later in 2014. They included a number of Russian politicians and businessmen, as well as placing restrictions on lending to major Russian state-owned banks, defense and oil firms. In addition, Brussels imposed restrictions on the supply of weapons and military equipment and technology to Russia, dual-use technologies, hi-tech equipment and technology for oil production.

Moscow responded by imposing an embargo on agricultural produce, food and raw materials against countries that joined anti-Russian sanctions. Since then, all sides have extended the restrictions.

However, recently business communities in Germany, Italy, Greece and other countries in the European Union have publicly protested against the continuing sanctions against Russia. According to the Wall Street Journal, a number of EU governments have said they would like to see the economic sanctions reconsidered because of decreasing violence in eastern Ukraine and the growing political crisis in Kiev.