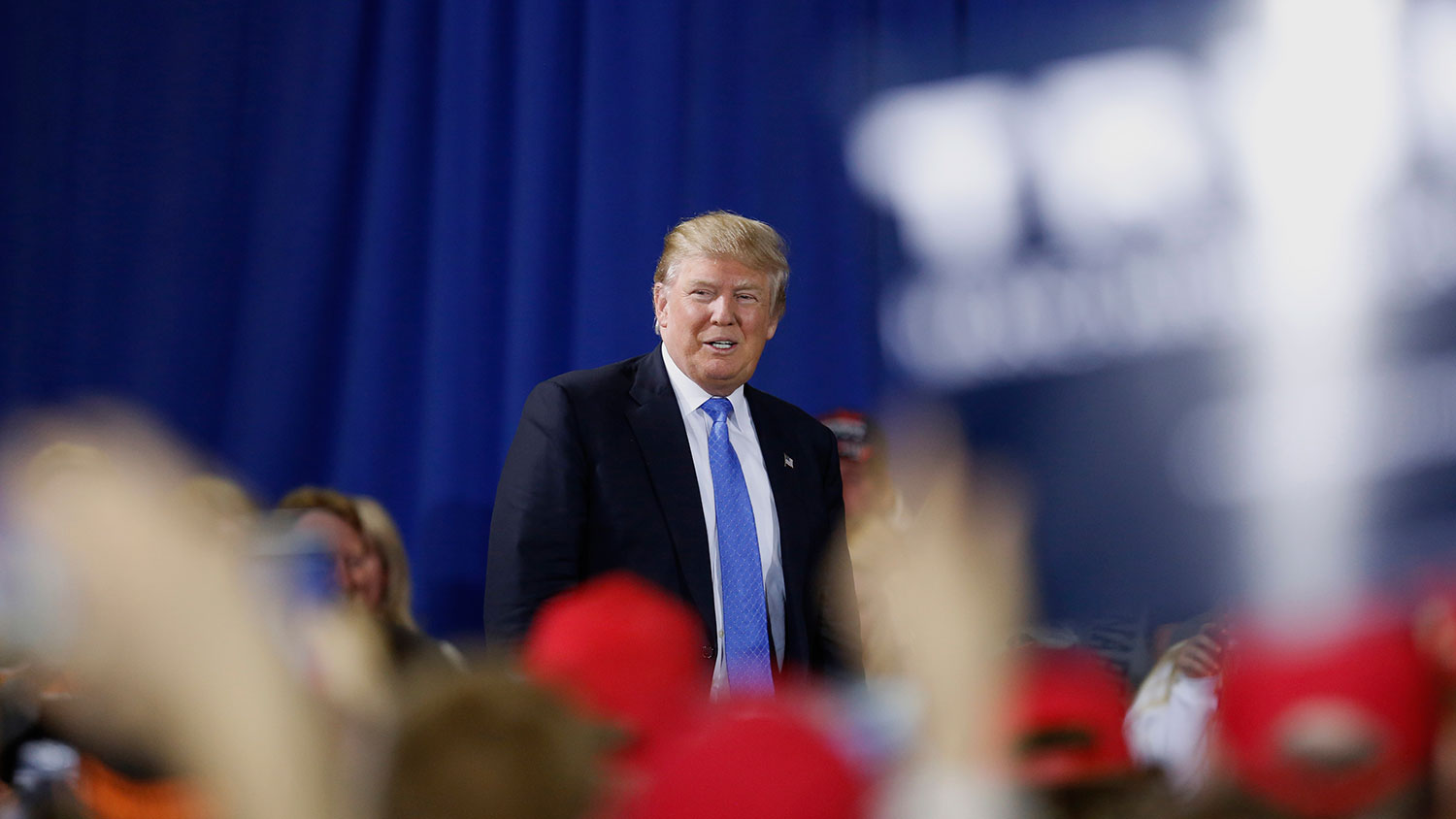 Carter Page brings a "real-world” resume—and says his close relations with Russian business are a strength.

A globe-trotting American investment banker who's built a career on deals with Russia and its state-run gas company, Carter Page says his business has suffered directly from the U.S. economic sanctions imposed after Russia's escalating involvement in the Ukraine. When Donald Trump named him last week as one of his foreign-policy advisers, Page says his e-mail inbox filled up with positive notes from Russian contacts. "So many people who I know and have worked with have been so adversely affected by the sanctions policy,” Page said in a two-hour interview last week. "There's a lot of excitement in terms of the possibilities for creating a better situation.”

Over the course of his campaign, Trump has been a contrarian on Russia, floating the idea of reducing the American commitment to NATO and calling Russian President Vladimir Putin  a "strong leader.” "I think I would have a very good relationship with Putin,” he said last year. So it makes sense that Trump tapped Page for his foreign-policy team. In writings postedonline, Page is a reliable defender of Russian intentions, and portrays U.S. policymakers as stuck in an outdated Cold War mindset.

Page’s career path, too, seems to mesh with Trump’s philosophy. A billionaire developer and entertainer with no government experience, Trump isn’t hiring the typical Washington policy wonks as he pursues the Republican presidential nomination. Instead, he favors advisers with what one of his staffers described to theNew York Times as "real world” experience.

That background also carries risks, as Page, 44, readily acknowledges. Page says his parallel career as a foreign-policy expert has occasionally faced skepticism over his business ties to Russia and his favorable view of its leadership.

"It is a question I get so frequently—I lost count many decades ago,” he said. "There's a very negative conventional wisdom that these are all crooks and bad guys.”

Page said his experience advising Russian companies and pitching deals in places like Turkmenistan will offer Trump a more practical perspective than what’s available from "people from afar, sitting in the comfort of their think tanks in Washington.”

Page wouldn’t discuss his policy views in detail, saying that his work with the Trump campaign is at an early stage and that he doesn't want to speak out of turn. He wouldn’t say whether he’s met or spoken with the candidate yet, or how they connected. But he described a career marked by a lifelong fascination with Russia and Central Asia, and a determination to drum up business there even in the face of political headwinds.

Page left little doubt that he favors deeper engagement with Russia. But he insisted that his work on the Trump campaign isn’t likely to benefit his business interests, and one project may even need to be put on hold because of it. "I spend my evenings and weekends working on ideas, as opposed to trying to make the next buck,” he said.

Page’s interest in Russia dates to his youth in New York’s Hudson Valley. Watching a TV news program on arms control talks, he says he noticed that the adviser sitting behind President Ronald Reagan wore a Navy uniform. A few years later, Page enrolled in the U.S. Naval Academy. He later worked in arms control at the Pentagon and completed afellowship at the Council on Foreign Relations in New York. Over his career, he's earned three graduate degrees, including a Ph.D from SOAS University of London.

In 2000, Page took up investment banking, getting a job at Merrill Lynch’s capital-markets group in London. After impressing a colleague with his relationship with Victor Pinchuk, a Ukrainian billionaire, he says he was dispatched to help open the firm’s Moscow office in 2004.

In Russia, Page developed relationships with executives at Gazprom, the former Soviet gas ministry that was partially privatized in the 1990s. By the time Page arrived, Putin was consolidating his grip on the country's economy, and in 2005 the government boosted its stake so that it again owned a majority of the stock.

Page says he advised Gazprom on its largest deals during this period, such as buying of a stake in the Sakhalin oil and gas field in the Sea of Okhotsk. He also helped the company court Western investors, assisting in setting up the first regular meetings with shareholders in New York and London. Before he moved back to New York in 2007, he says, many of its top officials showed up at his going-away party, at a restaurant near the Kremlin.

Page gets mixed reviews from former bosses. Bernie Sucher, Merrill’s country head in that era, said Page "has a nuanced and subtle appreciation of the interplay of politics and energy.” But Sergey Aleksashenko, another top Merrill executive in Russia at the time and now an outspoken Kremlin critic, described him as a junior banker with little understanding of the country. "I could not imagine Carter as an adviser on foreign policy,” Aleksashenko said. "It's really surprising.”

After returning to New York, Page says he took a buyout from Merrill in 2008 to start his own firm, known as Global Energy Capital LLC. He traveled to Turkmenistan that year,talking about raising a $1 billion private equity fund to buy assets in the former Soviet republic, and meeting with top government officials.

The fund never materialized—the global financial crisis struck later that year—and since then, Page says he’s mostly done low-profile advisory assignments, such as counseling foreign investors on buying assets in Russia. In some of the deals, he’s worked with Sergey Yatsenko, a former deputy chief financial officer at Gazprom who is now an official adviser to Page’s firm.

Another project involved developing natural-gas-powered vehicles in Russia, possibly in partnership with Gazprom, Yatsenko says. But the sanctions put those talks on hold.

The U.S. and Europe imposed trade restrictions in 2014 after Russia annexed the Ukrainian territory of Crimea and aided pro-Russian forces in the country. They apply to what President Barack Obama called "cronies and companies that are supporting Russia's illegal actions in Ukraine.” Gazprom, now led by a former Putin aide, is among those targeted.

Besides drying up some of his potential deals, the sanctions have hurt Page in other ways. He says he’s an investor in Gazprom—he still attends the annual investor meetings—and blames the trade restrictions for helping drive down the stock.

Earlier this month, Page says he traveled to a Phoenix, Arizona, suburb to hear Trump address a crowd. Some media reports on the rally focused on protesters who tried to block a road, but Page says he never noticed them. All he saw was a crowd of enthusiastic supporters, many of them senior citizens willing to wait in the hot sun for a chance to hear the candidate speak.

For Page, it was a kind of dissonance that felt familiar from his work in Russia. "The three protesters who blocked the road, versus the 20,000 people who were positive and enthusiastic,” he says. "There's a lot of misperceptions in the public understanding of things.”

—With assistance from Tom Beardsworth in London.