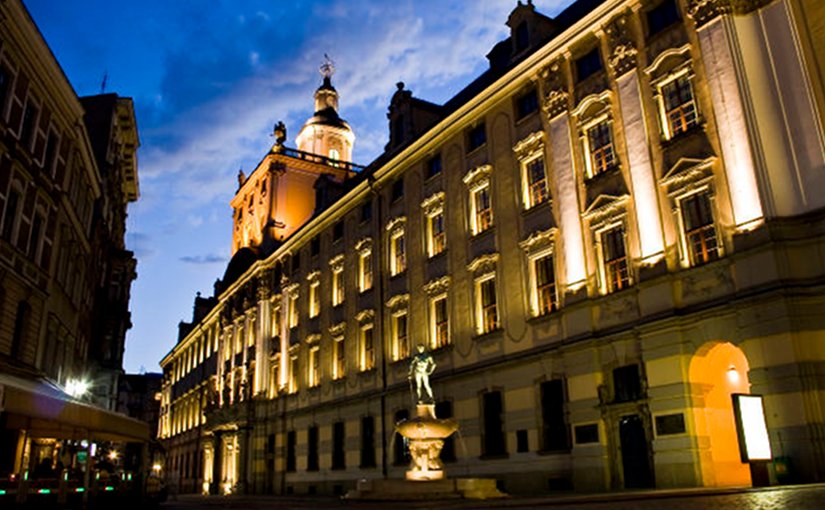 The National Interest has been known for being geared in a realist leaning direction. Some recent articles at that venue give credence to my contention that the US foreign policy establishment has exhibited a limited realism.

Alexander Kirss’ March 27 National Interest article "Russia’s Artful Exit from Syria", reads more like a neocon commentary than a realist analysis. On foreign policy implementation, Kirss presents an authoritarian Russian presidential approach to an American variant that’s more restricted by varying obstacles. In point of fact, US presidents have the power entrusted ability to make some authoritarian decisions on their own, without necessarily having the complete agreement with either US public opinion and/or cabinet appointees – the latter being acknowledged in the recent Jeffrey Goldberg-Barack Obama exchange in The Atlantic.

Concerning Syria, Kirss’ piece severely downplays Putin’s recognition (from the get go) to not get too bogged down in a US/Vietnam and Soviet/Afghanistan scenario. This position is influenced on a common sense realization that takes into consideration Russian public opinion, in order to remain a popular leader, with a not so rebellious society.

The US isn’t always so open-mindedly democratic in spirit as some suggest, with Russia not being as closed a society as some believe. That said, I consider the US to be the overall freer country. I emphasize that this belief sees some retrogressive aspects in the US – inclusive of some trends within the US foreign policy establishment.

From a relatively objective advocacy, the tabloid title of Michael Peck’s April 3 National Interest article "How Poland Saved the World from Russia", is a hyperbolic absurdity. In essence, The National Interest has become more like The National Enquirer. Peck’s content rehashes the periodically presented image of Poland as a great savior against an evil force from the east. The title of his article highlights a faulty anti-Russian bias, as evident by it saying that Poland saved the world from "Russia”, as opposed to the Bolsheviks.

Either way and with no disrespect to Poles, the claim of Poland saving the world is ludicrous. Prior to WWI, Poland’s lengthy non-existence as an independent entity and a part of different powers (including the Russian Empire) didn’t stop the world’s development. At the end of WW II, the planet didn’t end when Poland became Communist for several decades.

If anything, Poland under Josef Pilsudski had made the Bolsheviks stronger than they otherwise would’ve been. Pilsudski appeared to be blinded by a faulty righteous overview of Russian-Polish history.

For a period prior to the 1920 Soviet attack on Poland, the anti-Communist Russian Whites were on the offensive and (at the time) believed to be in a good strategic position against the Bolsheviks. Under the command of Anton Denikin, the Whites approached Pilsudski on a joint Polish-White alliance. As Peck notes, this alliance had the support of the Western Entente.

Denikin grew up in the Polish part of the Russian Empire to an observant Polish Catholic mother and an observant Russian Orthodox Christian father. (A detailed accounting of Denikin is available in Dimitriy Lehovich’s book "White Against Red: The Life of General Anton Denikin".) Denikin (much unlike Pilsudski) acknowledged Polish and Russian fault lines in the contentious history between the two. The Whites expressed a willingness to recognize an independent Polish state, situated on reasonable boundaries.

Pilsudski sought more. Peck characterizes the 1919 Polish attack on some mostly non-Polish inhabited former Russian Empire land as a pre-emptive strike, under the assumption that the Bolsheviks would attack Poland at some point. The manner of Pilsudski’s 1919 strike served to alienate those with loyalties to either the Bolsheviks or Whites, who (despite their differences) sought to maintain a good portion of former Russian Empire territory as a single entity.

Pilsudski desired land for Poland that included many non-Poles. He rather romantically envisaged a strong Poland, along with pro-Polish states opposed to an inherently evil Russia. (MK Dziewanowski’s book "Joseph Pilsudski: A European Federalist, 1918-1922", gives detailed insight of this position from a pro-Pilsudski perspective.)

Rather than engage the Whites in an anti-Bolshevik alliance in 1919, Pilsudski concluded a then secret agreement with the Bolsheviks to not support the Whites. Some Soviet historical accounts include the observation that the Russian Civil War outcome might’ve been dramatically different, were it not for Pilsudski’s stance.

This matter of fact accounting doesn’t seem to be so well known among a good number of people with some knowledge of the historical relationship between Russia and Poland. On this particular and some other related matters, my articles of October 28, 2009 and May 22, 2011, utilize a range of academic sources that involve primary source material, which substantiate Pilsudski’s interaction with the Reds and Whites, as well as second guessing the idea of Poland as a great savior against Russia – be it Red or otherwise.

Peck’s article notes Pilsudski engaging the Whites after (not before) the Bolshevik attack on Poland, when the Whites were weakened, but still strong enough to be of some help to Poland. Pilsudski’s dealings with the Whites somewhat reminds one of the negative views on the Soviet Union, concerning its non-aggression pact with Nazi Germany (against Poland) and the WW II Soviet relationship with the London Poles. (Specifically, the Soviets not assisting the London Poles, when their personnel in Warsaw attempted to liberate that city, only to get crushed by the Nazis.)

Had Pilsudski been a true anti-Communist, he would’ve allied himself with the Russian Whites, when the latter were in a winning position. His Machiavellian strategizing was motivated by seeking a significantly weakened Russia. In retrospect, this mindset served to better pave the way for the Communist rule, which eventually reached Poland and several other European nations.

Pilsudski revealed himself to be arguably more overbearing than the Whites, whose views often seem to get underrepresented in Western establishment academic and media circles. The Polish leader in question made an agreement with the Ukrainian nationalist leader Symon Petliura to support an "independent” (as in pro-Polish and anti-Russian) Ukrainian state premised only on former Russian Empire territory – excluding former Austro-Hungarian land. In order to get this Polish support, Petliura was coerced into recognizing all of Galicia as being a part of Poland. This stance motivated the Galician Ukrainian Army en masse to come under the command of the Russian Whites.

There’re some objective moments in Peck’s article. He mentions that Poland between two world wars was far from perfect. Besides some negative treatment of Jews (brought up by Peck), others including Germans, Ukrainians and Belarusians had valid grievances against the Polish rule of that period. Peck notes that Poland joined Nazi Germany in carving up Czechoslovakia in 1938. (The Hungarians were also involved in that process.)

The Russian Civil War era Whites were certainly not perfect as well. They didn’t have the best of public relations, in addition to having some elements engaged in anti-Jewish violence – something that was evident (to one extent or another) with the other major Russian Civil War combatants. Towards the end of the Russian Civil War, the Whites exhibited progress in clamping down against violent extremism within their ranks. For the most part, the leadership of the Russian Whites consisted of military officers, who weren’t trained or experienced with (the modern day term) of "nation building” – an aspect having to do with direct military civilian governance during wartime conditions.

The Russian Civil War era Whites have been criticized for not being so forthcoming to the national aspirations of non-Russian peoples of the former Russian Empire. For clarity sake, keep in mind the historical period under review. Many of the national independence movements weren’t as well developed and as popular as they were to become. There’s also the matter of some non-Russians favoring a continued existence with Russia. The Whites weren’t exclusively ethnic Russian.

Many Brits of that Russian Civil War period were on the verge of accepting an independent Ireland (excluding the pro-British Protestant majority north of that island), unlike other parts of the British Empire, which eventually achieved independence. The Russian Civil War era Whites expressed the commitment to recognizing Polish and Finnish independence within mutually acceptable boundaries, unlike some other independence movements. There’s good reason to believe that over time and with some bumps, a hypothetically victorious White Russian side would’ve been able to reach a common ground with most, if not all of the former Russian Empire territories.

At the time of the Russian Civil War, Winston Churchill favored a strong support for the Whites on a staunch anti-Communist basis. In comparison, British Prime Minister Lloyd George opposed that move on the belief that the Whites represented a strong Russia, which would come in conflict with British interests.

Peck’s article describes the Western support for Poland in 1920 as limited, adding that some Western leftists led a charge against aiding that country. The foreign support for the White Russians was limited – a view shared by academic Richard Pipes – someone known for being anti-Soviet and not especially pro-Russian. In addition to some like Lloyd George, there was a Western left opposition to the Whites, along with the German WW I support for the Bolsheviks.

Some years later, Churchill found a common cause with the Soviet Union against Nazi Germany. Many exiled Russian Whites like Denikin saw the threat posed by Nazi Germany, while also understanding the complex development of how some Russians like Andrey Vlasov were willing to become nominally allied with Nazi Germany. (Vlasov’s situation involves a lengthy study, that includes some differences between pro-Russian Germans like Wilfried Strik-Strikfeldt and the extreme Nazi racialists, whose beliefs had the upper hand in Germany.)

Post-Soviet Russia has drifted away from the Soviet era anti-White propaganda to some sympathetic instances. Such examples include the formal Russian government representation in the reburial of Denikin (from the US to Russia) and the release of a movie centered around the White Russian Admiral Alexander Kolchak.