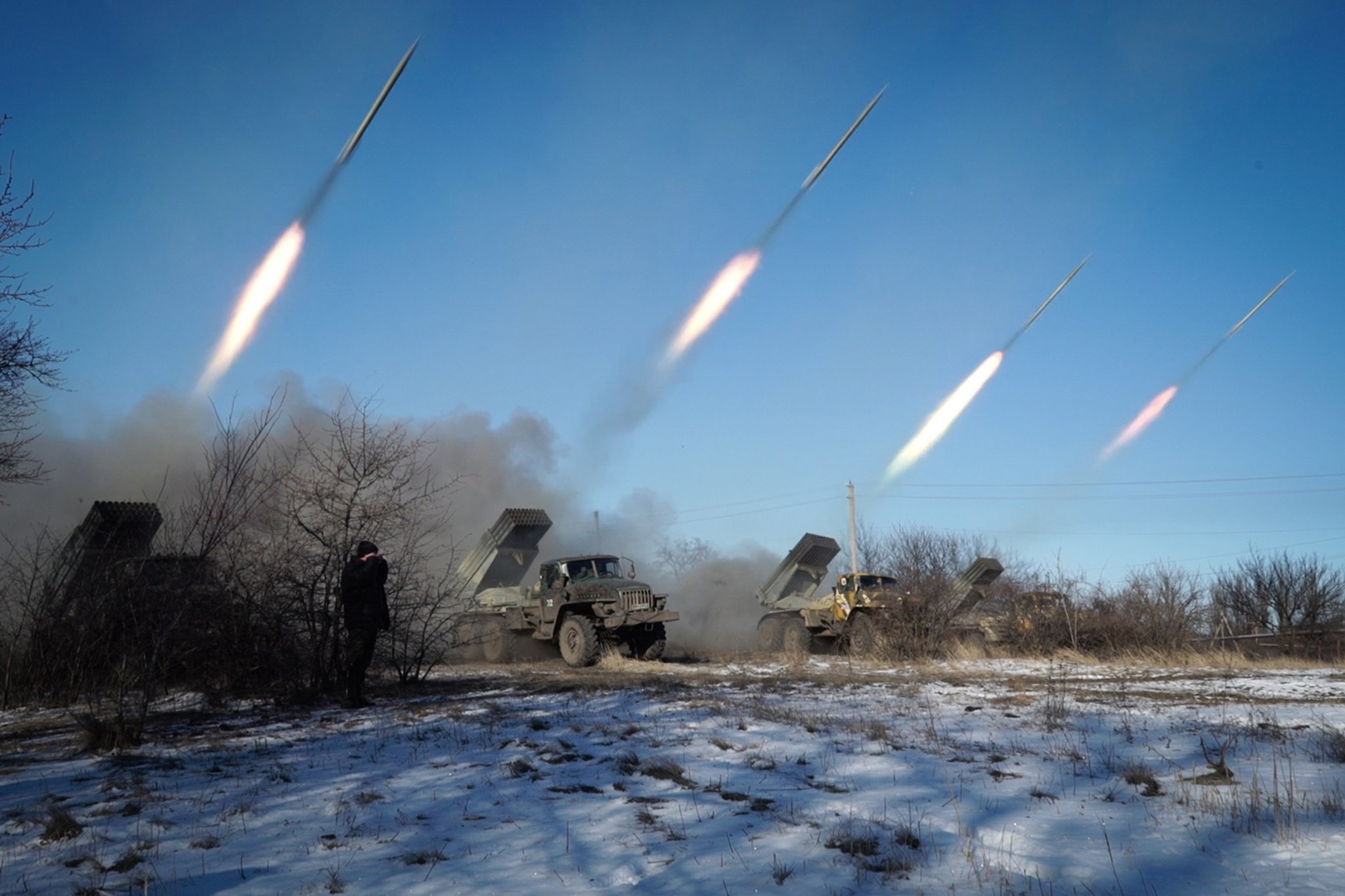 I have had guns pointed at me, slept in a shipping container and walked past the corpses of shelling victims since the separatist insurgency in eastern Ukraine began two years ago. But I had never been blacklisted as a terrorist before.

So when my name recently appeared on a "terrorist” list of journalists published by a website with close ties to the Ukrainian government, I viewed it with a mix of trepidation and sarcasm.

Trepidation because it suggested powerful people in Ukraine, a democracy that aspires to the free flow of information, were going after me and others on the list for simply doing our jobs: reporting both sides of the war, including the pro-Russian rebel side.

And sarcasm because, this being Ukraine, the list was not likely to have much credibility elsewhere. I have not, for example, had any trouble flying after appearing on what may be the world’s first list of terrorist journalists.

It is also not a secret that I and other reporters have reported from rebel territory; our publications and broadcast outlets regularly use our names and note where we are.

The list, published by a Ukrainian nationalist website called Myrotvorets, or the Peacemaker, appeared to have been born out of a simmering frustration.

Hard-liners in Ukraine have been furious at the foreign press for some time now, arguing that any coverage of the rebels from their home base in the east played into Russia’s powerful propaganda machine. Russia has portrayed residents in the breakaway regions as victims of an unjustified Ukrainian military assault by a Western-backed "fascist” government in Kiev.

The list is a compilation of reporters and others who applied for press passes to work in territory controlled by the Donetsk People’s Republic, Ukraine’s main enemy in the two-year-old war in the east. Applying for accreditation from Russian-backed rebels, according to the website, was enough to be branded a "terrorist accomplice.”

The website said it had obtained the list of names, and personal information including emails, from hackers who had stolen the rebels’ data.

Groups supporting journalists quickly condemned the publication of the names — and in some cases home addresses — for seeming to invite violence against reporters.

A pro-Russian commentator living in Kiev, Oles Buzina, whose home address was publicized in a Myrotvorets post last year, was shot and killed on a street not far from his home days later.

But this time, the site was publishing names and contact details for 5,412 journalists, drivers, fixers, soundmen and translators. Not all of us can be rubbed out.

Why were so many reporters accredited to cover the war in Donetsk? Because it served the media strategy of the Russia-backed rebels. About two-thirds of the journalists and support staff on the list were Russian nationals or locals from eastern Ukraine, who might be expected to be sympathetic to the rebels. In addition, 1,816 foreign reporters showed up over the two years and were accredited, according to the list.

The ease of accrediting ensured, for example, broad coverage of stray Ukrainian artillery strikes hitting the city and sometimes killing civilians, helping discredit Ukraine’s actions to win back territory. The media strategy seems right out of Russia’s media playbook; Western military analysts have noted Russia’s savvy at what they have called "hybrid wars” that blend lethal force with aggressive (and positive) press coverage.

For reporters, press passes to travel in rebel-held territory were invaluable for avoiding arrest, duct-taped hands or detention in a basement. To get the coveted slips of paper, journalists visited Angela, a witty woman known as the "accreditation queen.”

Angela worked in a seventh-floor office of the separatist headquarters in central Donetsk. Reaching her space meant trekking up a dark stairwell festooned with coarse propaganda for the anti-Western cause: One drawing showed President Obama’s head on the body of a monkey; another showed a Ukrainian politician, Arseniy P. Yatsenyuk, dressed in a Nazi uniform.

With few exceptions, Angela cheerily printed out press passes for anyone who asked — other than reporters from government-controlled Ukraine.

Many Ukrainians remain outraged that, as they see it, the Russian-backed groups have been able to deftly amplify their message with the megaphone of the Western media — despite the rebels’ virulently anti-Western agenda. The war has now killed more than 10,000 people.

In the face of criticism, the Myrotvorets website has doubled down, posting a sarcastic rejoinder. "Many journalists demanded an apology from us, and now we understand the reason for this,” the site wrote on May 20, two weeks after publishing the list of "terrorist accomplices” in the media. "The staff offer their sincere apologies in regards to the list not being fresh.” It then added new names.

And the interior minister, Arsen B. Avakov, appeared to endorse the leak, or at least did not condemn it.

"War is like war,” he wrote on Facebook. "A friend sincerely fighting is more important for me than opinions of liberals and latent separatists who think too much of themselves.”

Top
popular in the journal
Президент Американского университета в Москве Эдуард Лозанский в эфире НСН отметил, что ни один самолет с «помощью» не может отправиться без ...
When did you first wake up from the collective sleep? For me, it was right before the Sochi Olympics of 2014. The roll-up blinds turned loose and snapped open, letting ...
Seventy three years ago on April 25, American and Soviet soldiers met as wartime allies against Nazi Germany in the closing days of World War II near Torgau, an obscure ...
Russians can be forgiven for believing that the United States wishes their country neither prosperity nor stability
PUTIN 4EVER. (Russian Constitution text.) In January Putin suggested some amendments to the Constitution to be discussed and put to national vote in a referendum. Which ...