The Washington Post, the neocons’ media flagship, has fired a broadside at a new documentary film ‘The Magnitsky Act. Behind the Scenes‘ after it blasted a hole in the side of the anti-Russian Magnitsky narrative, which helped launch the new Cold War, writes Robert Parry. 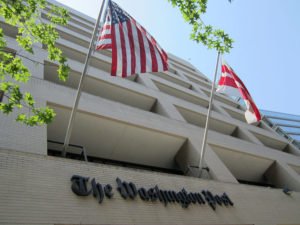 A danger in today’s Western journalism is that the people in charge of the mainstream media are either neocon ideologues or craven careerists who will accept any official attack on geopolitical "enemies” without checking out the facts, such as with the Iraq War’s WMD myth or the curious case of Sergei Magnitsky.

Magnitsky’s 2009 death in a Russian jail became a Western cause célèbre with the accountant for hedge-fund executive William Browder hailed as a martyr in the cause of whistleblowing against a profoundly corrupt Russian government. After Magnitsky’s death from a heart attack, Browder claimed his "lawyer” had been tortured and murdered to cover up official complicity in a $230 million tax-fraud scheme involving companies ostensibly under Browder’s control.

Because of Browder’s wealth and political influence, he succeeded in getting the European Parliament and the U.S. Congress to buy into his narrative and move to punish the presumed villains in the tax fraud and in Magnitsky’s death. The U.S.-enacted Magnitsky Act in 2012 was an opening salvo in what has become a new Cold War between Washington and Moscow.

The Magnitsky narrative has now become so engrained in Western geopolitical mythology that the storyline apparently can no longer be questioned or challenged, which brings us to the current controversy about a new documentary that turns the case upside-down and again reveals the superficiality, bias and hypocrisy of the West’s politicians and news media.

The West’s reaction has been to block the public airing of the documentary – to any significant audience – while simultaneously branding it Russian "agit-prop,” the attack line used by The Washington Post in a Monday editorial. In other words, the treatment of the film is reminiscent of a totalitarian society where the public only hears about dissent when the Official Organs of the State denounce some almost unknown person.

In this case, the Post‘s editorial writers under the direction of neocon editor Fred Hiatt note the film’s showing in a rented room at Washington’s Newseum and then seek to discredit the filmmaker, Andrei Nekrasov, without addressing his avalanche of documented examples of Browder’s misrepresenting both big and small facts in the case.

Instead, the Post accuses Nekrasov of using "facts highly selectively” and insinuates that he is merely a pawn in the Kremlin’s "campaign to discredit Mr. Browder and the Magnitsky Act”. The Post concludes smugly:

"The film won’t grab a wide audience, but it offers yet another example of the Kremlin’s increasingly sophisticated efforts to spread its illiberal values and mind-set abroad. In the European Parliament and on French and German television networks, showings were put off recently after questions were raised about the accuracy of the film, including by Magnitsky’s family. We don’t worry that Mr. Nekrasov’s film was screened here, in an open society. But it is important that such slick spin be fully exposed for its twisted story and sly deceptions.”

After reading the Post‘s editorial, I managed to get a password for viewing the documentary, ‘The Magnitsky Act. Behind the Scenes’, on the Internet and I was struck by how thoroughly dishonest and "highly selective” the Post’s editors had been in their attack on the film.

For instance, the Post writes, "The film is a piece of agitprop that mixes fact and fiction to blame Magnitsky for the fraud and absolve Russians of blame for his death.” While it is correct that Nekrasov "mixes fact and fiction,” that is because the documentary is, in part, the story of his planned docu-drama, which was intended to embrace and dramatize Browder’s narrative. Nekrasov begins the project as Browder’s friend and ally.

It was during the docu-drama’s production that Nekrasov begins to detect inconsistencies and contradictions in Browder’s storyline, including how a woman executive in one of Browder’s shell companies alerted police, not Magnitsky, to the tax-fraud scam and that Magnitsky as an accountant in the business was called in for questioning by police. In other words, Magnitsky comes across as a criminal suspect, not a noble whistleblower.

As the documentary proceeds, Nekrasov struggles with the dilemma as his scripted docu-drama portraying Magnitsky as a martyr falls apart. When Nekrasov’s questions become more pointed, his friendship with Browder also painfully unravels.

One of the powerful aspects of the film is that it shows Browder grow petulant and evasive as his well-received narrative begins to come undone, both in interviews with Nekrasov and in a videotaped deposition from a related civil case.

Key points of the deception are revealed not by Kremlin officials but by Magnitsky’s supporters who challenge pieces of Browder’s embroidered story, such as elevating Magnitsky from an accountant to a "lawyer”.

Another key piece of Browder’s tale – that corrupt police raided his offices to seize original corporate records and seals to set up shell companies to perpetrate the tax fraud – crumbles when Nekrasov shows Russian laws that don’t require such records and discovers that the registrations were accomplished by straw men apparently controlled by Browder and operating under powers of attorney.

Though I am no expert on the Magnitsky case – and there surely may be flaws in the documentary – what is clear is that the widely accepted version of the Magnitsky case portraying him and his boss as noble do-gooders who become victims of a convoluted police conspiracy is no longer tenable, or at least deserves a serious reexamination.

But preventing the Western public from seeing this important film – and then demonizing it in a Washington Post editorial on the assumption that almost no one will see it – amount to the behavior of a totalitarian society where ‘agit-prop’ does rule, except in this case it is anti-Russian agit-prop that escapes any serious scrutiny.

Investigative reporter Robert Parry broke many of the Iran-Contra stories for The Associated Press and Newsweek in the 1980s. You can buy his latest book, America’s Stolen Narrative, either in print here or as an e-book (from Amazon andbarnesandnoble.com).