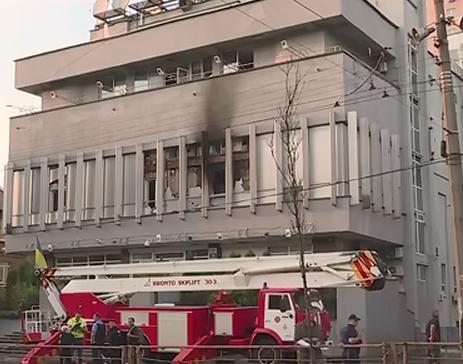 The Guardian’s report this week into an apparent arson attack on a Ukrainian TV station is the latest entry in the ‘do as we say, not as we do’ textbook of mainstream journalism. 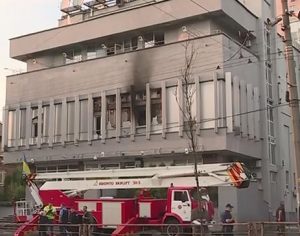 The Guardian’s report this week into an apparent arson attack on a Ukrainian TV station is the latest entry in the ‘do as we say, not as we do’ textbook of mainstream journalism.

After the Kiev offices of the building housing studios and offices of Ukrainian broadcaster Inter were set on fire by former military personnel, the British newspaper used copy from the Associated Press and the US state news agency RFE/RL, which has its own agenda, to report on the event. The added spin, however, is all their own.

The headline states: "Pro-Russia TV station in Kiev evacuated after fire.” For starters, there is no evidence that Inter TV, the channel affected, is especially favorable towards Moscow. In reality, Ukraine watchers believe it’s more pertinent to describe it as simply opposed to the current regime in Kiev. The comments beneath the Guardian’s own twitter post promoting the piece would appear to back that up. 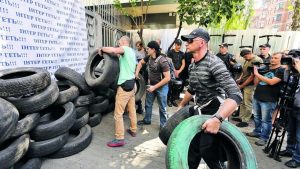 Looking at the headline, the impression given is of the local authorities as good guys, practically saving the "pro-Russia” opposition. Quite a pleasant surprise, considering that the current government in Kiev allows private armies, representing nationalist and oligarchic interests – which often align – to run amok in the country and this is why episodes of this nature occur. How do we know there’s a connection? Why, Ukrainian Interior Minister Arsen Avakov himself stated that it was former Ukrainian military personnel that carried out this attack. This statement is conspicuously missing from the Guardian piece altogether.

Isn’t it remarkable how oblique Western mainstream media’s language becomes when "their guys” are caught out doing something wrong?

The incident is reminiscent of the 2014 Odessa Trade Union building fire and the reaction to it. Back then the Guardian’s headline was "Ukraine clashes:dozens dead after trade union building fire.” There was no mention of the nationalist groups involved and the headline didn’t explain that all the deaths were on the anti-government side, once again dubbed "pro-Russian.” Despite the fact that no weapons were found in the building, Western media has pretty much ignored the massacre, in which 42 people died.

Many reports then referred to the building "catching” fire, as if by accident, and ignored ample video evidence of Molotov cocktails being hurled by the Kiev supporters.

In reporting on the story, The Guardian’s unquestioning reliance on RFE/RL text is particularly telling. After all, we regularly hear self-congratulatory boasting from the Western press about their commitment to objectivity, rejection of political agendas and a tradition of holding authority accountable – usually coupled with scolding of RT and other news outlets that dare to present an alternative interpretation of events. Well, RFE/RL is controlled by the Broadcasting Board of Governors (BBG), which is funded to the tune of nearly $800 million annually by the US government and its first listed principleis to "be consistent with the broad foreign policy objectives of the United States.”

Currently the primary aim of US policy in Ukraine is to support the Poroshenko adminstration, seemingly without any caveats, and presumably because the regime is useful for balancing Russia’s influence in the region.

So much for speaking truth to power, Guardian.