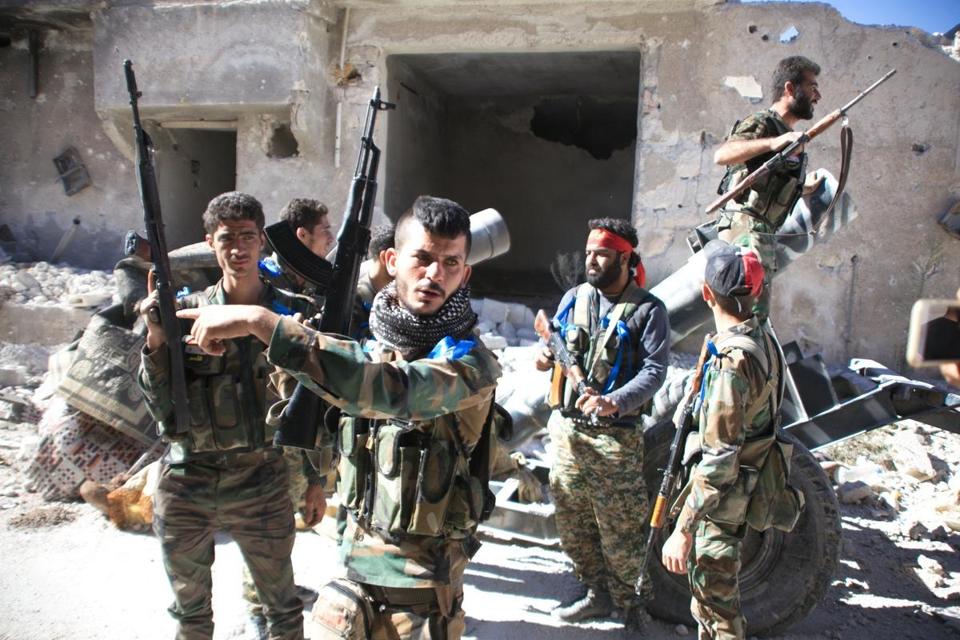 WHEN MAKERS OF American foreign policy dream of an ideal world, they fixate on one word: primacy. It used to be called "full-spectrum dominance.” On the street, it comes out as "Don’t even think about it.” Tough guys in Western movies put it differently: "This town ain’t big enough for both of us.”

However it is phrased, "primacy” is the view that the United States rules and all must accept our power. It is the new buzz word in Washington. Nothing about the idea, though, is new. The drive for global primacy is what sunk us into Vietnam, Afghanistan, Iraq, and all of our other overseas disasters. This pernicious doctrine — now summed up in a single word — has sapped American power and palpably weakened the United States. Nonetheless, it is widely accepted in the corridors of American power. That guarantees future failures on the scale of those that have already cost us dearly in blood and treasure.

Primacy is the demon spawn of "exceptionalism.” It is based on the belief that the United States is the "indispensable nation,” the only force standing between civilization and barbarism. Wherever there is conflict or trouble or upheaval in the world — and even where there is none — the pursuit of primacy requires that the United States intervene. This doctrine holds that no problem in the world can be solved without American guidance. It ignores overwhelming realities. The solutions we propose are often impractical because they are based mainly on what is good for the United States. Affected nations and peoples reject them. Our visionary projects — we will liberate millions, show them the benefits of free enterprise, and bring them under our benevolent wing — collapse amid unimaginable human suffering. Just as bad, at least from the perspective of an American, they undermine our security, turn entire regions against us, and degrade our national life by absorbing resources we need for schools, urban reconstruction, and other projects that, unlike foreign wars, truly contribute to our national strength.

Primacy assumes that there is only one good way to live and Americans have found it. It tells us that countries willing to submit to our power are friends, and the others are enemies. Worst of all, it means that "enemy” countries cannot be tolerated or allowed to survive while they navigate their path through history. They must be crushed — or at least made to realize that rejecting American power is a recipe for trouble.

This would be a dangerous policy in a world the United States dominated. It is even more self-defeating in today’s multipolar world. Promoters of the primacy idea believe that we know what the world needs better than the world itself knows. More than a century ago, President McKinley declared that invading the Philippines was a good idea even though Filipinos opposed it. "Did we need their consent to perform a great act for humanity?” he asked. "We had it in every aspiration of their minds, in every hope of their hearts.” This same precept guides our foreign policy today. It tells us that although ignorant foreigners may believe they don’t want our intervention, it is actually good for them. We are puzzled when they don’t agree — and take their disagreement as further proof of their backwardness and their need for our guidance.

Today the United States is telling East Asian countries that they should not seek compromises with China but defy China and reject its influence. In Europe, we are angry that Germany, France, Italy, and other countries want to strike a conciliatory deal with Russia; we want them to adopt our policy of confrontation. Meanwhile, the dictator of Kazakhstan just died! Nigeria is facing an insurgency! Afghanistan has made a deal with a longtime terrorist! Hungary is succumbing to authoritarian rule! Bolivia may legalize cocaine! To many in Washington, every day’s news brings the same question: How should the United States "manage” these crises?

The obvious answer is that we should not manage them at all. People in other countries are different from us. They are formed by their own histories and traditions. They resolve problems differently. Most prefer a "bad” solution of their own to a "good” one imposed from far away. We can offer to help them, but when we insist on telling them what to do, we push them away and create new enemies.

Exaggerating threats to the United States and downplaying the high cost of reckless intervention have become the daily bread of countless lobbyists, pundits, and politicians. Many would be out of work if we accepted the reality that our country is strong and safe. In the gloriously isolated Washington hothouse, there is no penalty for failure. We have forgotten the disastrous miscalculations of those who assured us that American bombs would bring stable prosperity to Iraq, Afghanistan, and Libya. They remain at the heart of our foreign policy establishment and are still taken seriously when they insist that the United States must pursue primacy everywhere in the world.

The impulse that has drawn the United States into foreign wars over the last 120 years now has a new name. It is just as dangerous as ever. The pursuit of primacy is the pursuit of our own slow and increasingly violent decline. America becomes stronger when we meet our challenges at home and respect the independence of others, not when we try to rule the world.