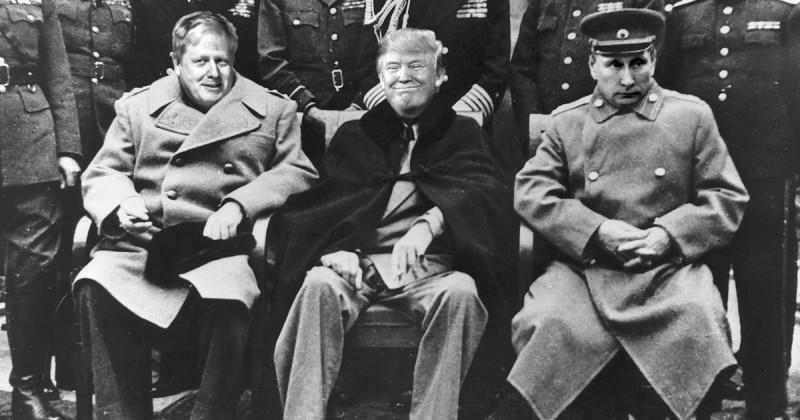 Many of you have probably seen the so-called pessimists’ guide to 2017 released by the American agency Bloomberg. This guide, or rather calendar, lists all the nightmares that could ruin the supranational oligarchy and bureaucracy in 2017. In these nightmarish scenarios, Russia occupies the first place. But before discussing all the horror movies that are depriving the global elite of sleep, I want to share one interesting historical observation with you. 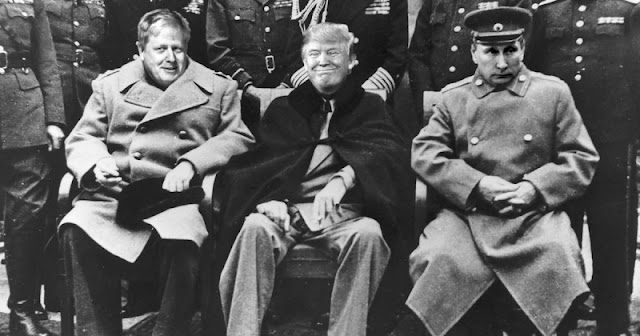 Many of you have probably seen the so-called pessimists’ guide to 2017 released by the American agency Bloomberg. This guide, or rather calendar, lists all the nightmares that could ruin the supranational oligarchy and bureaucracy in 2017. In these nightmarish scenarios, Russia occupies the first place. But before discussing all the horror movies that are depriving the global elite of sleep, I want to share one interesting historical observation with you.

The so-called "pessimists’ guide” was not invented yesterday. Bloomberg has released this calendar every December for several years, and it is really interesting to see how the fears of the supranational oligarchy and bureaucracy have evolved over time. This is practically the same as putting George Soros and Hillary Clinton on one therapist’s couch and giving them the opportunity to talk about everything that terrifies them, provokes their neurosis, and force them to have to take sleeping pills. Here are a few insights from an analysis of their nightmares over the course of three years.

Of course, Russia is their main nightmare. The details, concrete problems, and people change, but one thing does not, namely, that Russia is their main problem, the main source of their fears, and the main pole of unpredictability on the planet. Somewhere in the distant background looms China and the anti-establishment politicians in Europe, but Russia is by far their number one problem.

It’s very interesting to observe how Western analysts specifically imagine the nightmare scenarios that Russia could implement against the West. In 2014, while in shock from the "polite people” operation in Crimea, Bloomberg basically drew up a chart of the territories which could be seized by Russia in the foreseeable future. They described a world in which the Russian army takes not only Ukraine, but also the Baltic countries. And just so that their script would be really terrifying, they described in their forecasts how Russia could launch military conflicts in the Arctic against Canada, Denmark, and Norway, and even unleash a power struggle over Svalbard.

Several years ago, Russia was perceived as a sort of "man with a gun” who threatens the supranational oligarchy and bureaucracy with military operations at the most distant points across the planet. Let’s remember this and fast forward to December 2016.

Here’s the most terrifying thing. Even in the most pessimistic forecasts over the years, our opponents did not consider the possibility that Russia would actually achieve a military victory in Syria and take Aleppo. This was impossible from their point of view. Even in their worst nightmares, they never imagined such a successful application of Russian military force. What’s more, they waited in vain for such a scenario in Kiev, the Baltics, and Svalbard. Russia didn’t opt for the wars that our opponents had prepared for.

If you look at what our opponents like Soros and Clinton are afraid of, then it turns out that there is an important difference between 2014 and late 2016. In the past, they feared Russian military victories, and now they’re scared that Russia will gain control over various territories and expand its sphere of influence by purely diplomatic means.

In the ranking of nightmares for 2017, perhaps the most serious geopolitical thriller for them is so-called Yalta 2.0. This is what our opponents call a possible packaged agreement between Trump and Putin on dividing the planet into spheres of influence. Analysts at Bloomberg write that Trump could give up Syria, Ukraine, and even Belarus to Putin as part of this diplomatic agreement. I’m not even going to ask why they think that Trump has the option to "gift” Belarus to  Putin. I’ll chalk this up to the megalomania that is particular to some Western analysts. What interests me is a different aspect.

Bloomberg called a possible deal between Putin and Trump "Yalta 2.0.” Let’s delve into this metaphor which reveals to us the spirit and ideology of our opponents for whom Yalta 2.0 is a nightmare. What are they hinting at? They are hinting that Putin is the new Stalin. Fine. They’re hinting that Trump is the new Roosevelt. Well, ok. But the main question that arises is whom have Putin and Trump beaten as a result of which victory could lead to a new Yalta conference?

It turns out that those who have lost to Putin and Trump are the new Nazis, and their nightmares are being described by Bloomberg journalists. This is not good for them, but at least they are very honest. Take note that it is the American media that is writing this all, not "Putinist propaganda.” Now all that remains is wishing for ourselves and all of our situational allies that in 2017 the "Nazis 2.0” will finish just as badly as their predecessors. And now we are obliged to arrange a new conference in Yalta.