Enclosed are four texts showing the reach of the anti-Russia campaign which has opened up in the United States over unproven allegations that the Russian government interfered in the 2016 U.S. presidential election.

Enclosed are four texts showing the reach of the anti-Russia campaign which has opened up in the United States over unproven allegations that the Russian government interfered in the 2016 U.S. presidential election.

Broadcast on Democracy Now! on the proposed nomination of Rex Tillerson for U.S. secretary of state, Dec 12, 2016. Story description cites "Putin appears to have interfered in U.S. elections in favor of a Trump victory”.

The feature story on Rex Tillerson begins at the 14-minute mark of the Dec 12 broadcast; the side-story on ‘Russian hacking’ is here. It is  titled, ‘Could massive Russian oil deal with Exxon explain why Putin appears [sic] to have meddled in U.S. election?’

JOHN DICKERSON, CBS HOST: And now joining us from Burlington, Vermont, is Senator Bernie Sanders. Senator Sanders, I want to start with you on this question of Russian interference in the election. What do you make of it? 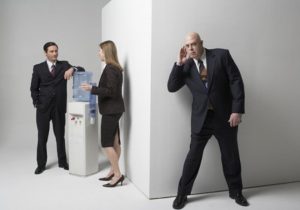 But I don’t want to go backwards. I think we have got to go forward. We have got to take a hard look at the role that the Russians played in this election process. We will see where the investigation goes. But for Donald Trump to summarily dismiss all of this makes no sense to me at all.

DICKERSON: And we are back with Senator Bernie Sanders. Senator, just going back on this Russian question quickly before we move on, I just want to get a sense from you, do you think the — a congressional investigation is sufficient? Or is that — do you have any other thoughts about how these reports should be responded to?

SANDERS: Well, I think, first of all, you need to get the facts. And I think that is what a bipartisan investigation should do. And once we get the facts, I think we go forward. But the word has got to go out to Russia, any other country on Earth, that we are going to protect our democracy, that cyber-security is very, very dangerous stuff, and we will not tolerate other countries interfering in the democratic process in this country…