Exclusive: President Trump says much that is untrue, but he draws some of Official Washington’s greatest opprobrium when he speaks the truth, such as noting that senior U.S. officials have done a lot of killing, writes Robert Parry.

Gaining acceptance in Official Washington is a lot like getting admittance into a secret society’s inner sanctum by uttering some nonsensical password. In Washington to show you belong, you must express views that are patently untrue or blatantly hypocritical. 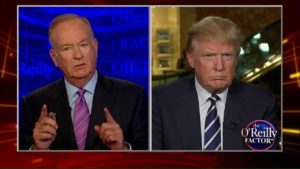 For instance, you might be called upon to say that "Iran is the principal source of terrorism” when that title clearly belongs to Saudi Arabia and other Gulf state allies that have funded Al Qaeda, the Taliban and the Islamic State. But truth has no particularly value in Official Washington; adherence to "group think” is what’s important.

Similarly, you might have to deny any "moral equivalence” between killings attributed to Russian President Vladimir Putin and killings authorized by U.S. presidents. In this context, the fact that the urbane Barack Obama scheduled time one day a week to check off people for targeted assassinations isn’t relevant. Nor is the reality that Donald Trump has joined this elite club of official killers by approving a botched and bloody raid in Yemen that slaughtered a number of women and children (and left one U.S. soldier dead, too).

You have to understand that "our killings” are always good or at least justifiable (innocent mistakes do happen from time to time), but Russian killings are always bad. Indeed, Official Washington has so demonized Putin that any untoward death in Russia can be blamed on him whether there is any evidence or not. To suggest that evidence is needed shows that you must be a "Moscow stooge.”

To violate these inviolable norms of Official Washington, in which participants must intuitively grasp the value of such "group think” and the truism of "American exceptionalism,” marks you as a dangerous outsider who must be marginalized or broken.

Currently, President Trump is experiencing this official opprobrium as he is widely denounced by Republicans, Democrats and "news” people because he didn’t react properly to a question from Fox News’ Bill O’Reilly terming Putin "a killer.”

Aghast at Trump’s heresy, O’Reilly sputtered, "I don’t know of any government leaders that are killers.”

Trump: "Well — take a look at what we’ve done too. We made a lot of mistakes. I’ve been against the war in Iraq from the beginning.”

O’Reilly: "But mistakes are different than —"

Trump: "A lot of mistakes, but a lot of people were killed. A lot of killers around, believe me.”

Though Trump is justly criticized for often making claims that aren’t true, here he was saying something that clearly was true. But it has drawn fierce condemnation from across Official Washington, not only from Democrats but from Trump’s fellow Republicans, too. Neoconservative Washington Post opinion writer Charles Krauthammer objected fiercely to Trump’s "moral equivalence,” and CNN’s Anderson Cooper chimed in. lamenting Trump’s deviation into "equivalence,” i.e. holding the U.S. government to the same ethical standards as the Russian government.

This "moral equivalence” argument has been with us at least since the Reagan administration when human rights groups objected to President Reagan’s support for right-wing governments in Central America that engaged in "death squad” tactics against political dissidents, including the murders of priests and nuns and genocide against disaffected Indian tribes. To suggest that Reagan and his friends should be subjected to the same standards that he applied to left-wing authoritarian governments earned you the accusation of "moral equivalence.”

The unpleasant truth is that all leaders of major countries and many leaders of smaller countries are "killers.” President Obama admitted that he had ordered military strikes in seven different countries to kill people. His Secretary of State Hillary Clinton rejoiced over the grisly murder of Libyan leader Muammar Gaddafi with a clever twist on a famous Julius Caesar boast of conquest: "We came, we saw, he died,” Clinton chirped.

At the start of the U.S. invasion of Iraq in 2003, President George W. Bush ordered the U.S. military to conduct a devastating aerial assault on Baghdad, known as "shock and awe.”

President George W. Bush launched an illegal war against Iraq based on false pretenses, causing the deaths of hundreds of thousands of Iraqis, many of them children and other civilians.

President Bill Clinton ordered a vicious bombing campaign against the Serbian capital of Belgrade, which included intentionally targeting the Serb TV building and killing 16 civilian employees because Clinton considered the station’s news reports to be "propaganda,” i.e., not in line with U.S. propaganda. 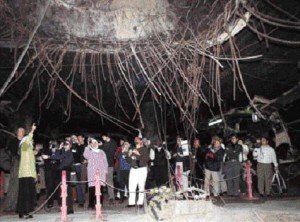 After the U.S. bombing in 1991 that incinerated more than 400 civilians, the Amiriyah Bunker in Baghdad was turned into a memorial to the victims. Since the U.S. invasion and occupation of Iraq in 2003, the memorial was closed to the public.

President George H.W. Bush slaughtered scores of Panamanians who happened to live near the headquarters of the Panamanian Defense Forces and he killed tens of thousands of Iraqis, including incinerating a civilian bomb shelter in Baghdad, after he brushed aside proposals for resolving Iraq’s invasion of Kuwait peacefully. (Bush wanted a successful war as a way to rally the American people behind future foreign military operations, so, in his words, the country could kick "the Vietnam Syndrome once and for all.”)

Other U.S. presidents have had more or less blood on their hands than these recent chief executives, but it is hard to identify any modern U.S. president who has not been a "killer” in some form, inflicting death upon innocents whether as part of some "justifiable” mission or not.

But the mainstream U.S. press corps routinely adopts double standards when assessing acts by a U.S. president and those of an "enemy.” When the U.S. kills people, the mainstream media bends over backwards to rationalize the violence, but does the opposite if the killing is authorized by some demonized foreign leader.

That is now the case with Putin. Any accusation against Putin – no matter how lacking in evidence – is treated as credible and any evidence of Putin’s innocence is ridiculed or suppressed.

That was the case with a documentary that debunked claims that hedge fund accountant Sergei Magnitsky was murdered in a Russian prison because he was a whistleblower when the documentary showed that he was a suspect in a massive money-laundering scheme and died of natural causes. Although produced by a documentarian who started out planning to do a sympathetic portrayal of Magnitsky, the facts led in a different direction that caused the documentary to be shunned by the European Union and given minimal distribution in the United States.

By contrast, the ease with which Putin is called a murderer – based on "mysterious deaths” inside Russia – is reminiscent of how American right-wing groups suggested that Bill and Hillary Clinton were murderers by distributing a long list of "mysterious deaths” somehow related to the Clinton "scandals” from their Arkansas days. While there was no specific evidence connecting the Clintons to any of these deaths, the sheer number created suspicions that were hard to knock down without making you a "Clinton apologist.” Similarly, a demand for actual evidence proving Putin’s guilt in a specific case makes you a "Putin apologist.”

However, as a leader of a powerful nation facing threats from terrorism and other national security dangers, Putin is surely a "killer,” much as U.S. presidents are killers. That appears to have been President Trump’s point, that the United States doesn’t have clean hands when it comes to shedding innocent blood.

But telling such an unpleasant albeit obvious truth is not the way to gain entrance into the inner sanctum of Official Washington’s Deep State. The passwords for admission require you to say a lot of things that are patently false. Any inconvenient truth-telling earns you the bum’s rush out into the alley, even if you’re President of the United States.