At a time when Democrats are voicing their concerns over Russian meddling in the elections of other nations, Republicans are focused on another powerful individual suspected of meddling in the working of European democracies — George Soros.

"I have received credible reports that, over the past few years, the U.S. Mission to Macedonia has actively intervened in the party politics of Macedonia, as well as the shaping of its media environment and civil society, often favoring groups of one political persuasion over another,” Lee said in a letter to Ambassador Jess Baily, who was appointed by President Barack Obama. 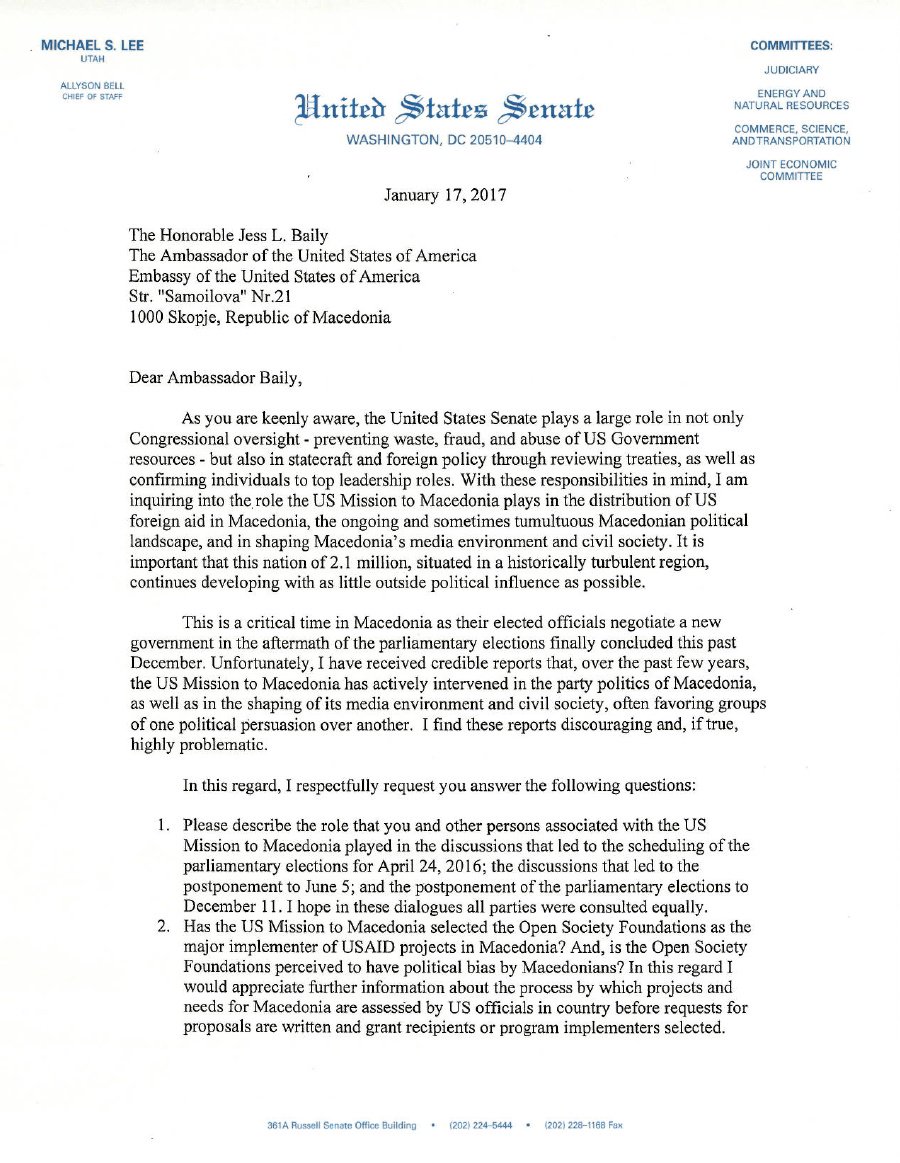 #USA Sen.Mike Lee (R-UT) asks Amb to #Macedonia Jess Baily How Was He Able to Cancel & Delay Macedonian Elections, and Why? #Soros #OSF

Rep. Christopher Smith, R-N.J, also has voiced concerns that tax dollars are supporting Soros’ activities in trying to have a socialist government replace the current conservative government in the small nation.

” … it seems that the U.S. government funded organizations that have taken sides, specifically, the side of the socialists, which is absolutely unacceptable. I think this is illegal and we will examine this case to the fullest extent,” he said.

"We need to have a detailed oversight into what the administration has been doing over the past eight years because we have been taking sides politically in other countries as well, and there have been other similar incidents. That undermines U.S. public diplomacy and our diplomacy in general. It is against the law and is unheard of,” Smith added.

The concerns of the Republican lawmakers echo those of Hungarian Prime Minister Viktor Orban, who took aim at Soros in a speech last week.

"Large-bodied predators are swimming here in the waters. This is the trans-border empire of George Soros, with tons of money and international heavy artillery,” Orban said.

"It is causing trouble … that they are trying secretly and with foreign money to influence Hungarian politics,” added Orban, a foe of unlimited immigration, which Soros supports.

Orban said Soros’ organizations seek to import hundreds of thousands of migrants into Europe despite what Hungarians want.

"If it were not for George Soros behind it with all the millions he pours into Macedonia, the entire network of NGOs, media, politicians, inside and out … the economy would be stronger, we would have had more new jobs,” he said recently.