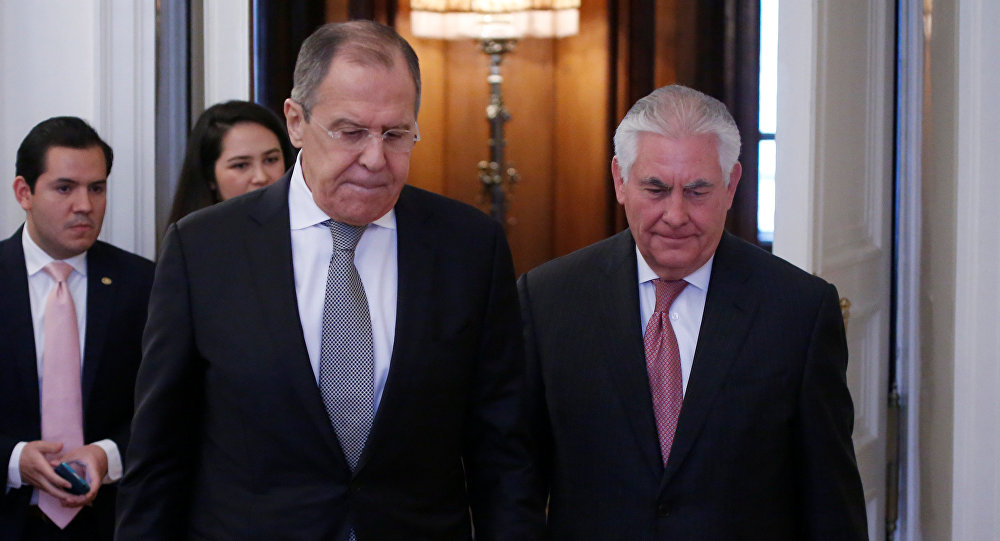 Rex Tillerson said that the United States was looking forward to further meetings and cooperating with Russia on de-escalation of the conflict in Syria.

WASHINGTON (Sputnik) — US Secretary of State Rex Tillerson in a phone conversation on Friday told Russian Foreign Minister Sergey Lavrov that the United States was looking forward to further meetings and cooperating with Russia on de-escalation of the conflict in Syria, the US Department of State said in a press release.

"The Secretary looks forward to further meetings with the Foreign Minister to discuss the respective roles of the United States and Russia in de-escalating the conflict and supporting the talks in Geneva to move the political solution forward," the release stated.

Earlier on Friday, White House Deputy Press Secretary Sarah Sanders noted that President Donald Trump was considering all possible options to reduce violence and establish lasting peace in Syria. However, the administration has not laid out any specific strategy yet.

Russia, Turkey and Iran on Thursday, during the fourth round of the Astana negotiations agreed to sign a memorandum on the creation of four safe zones in Syria. The United States did not directly participate in talks and was not party to the agreement.