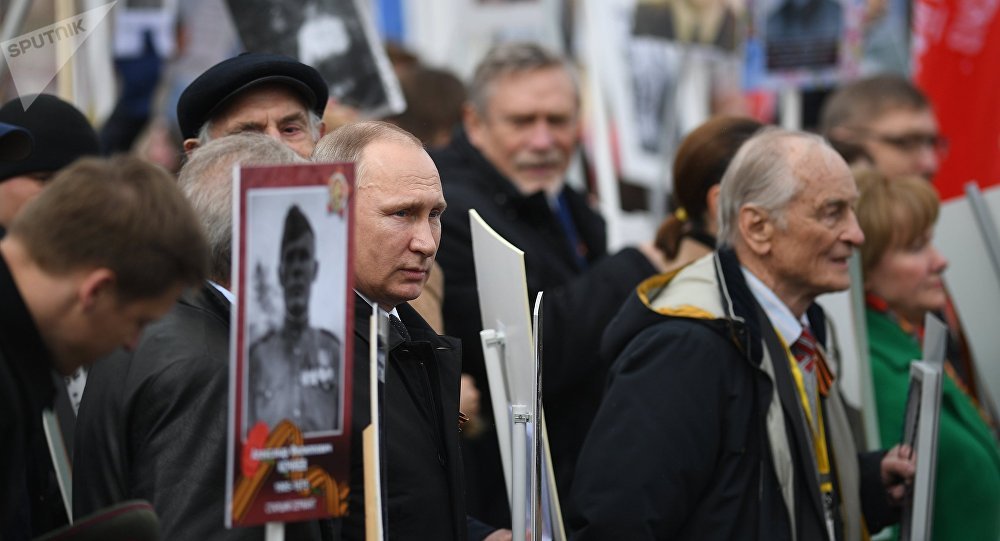 The "Immortal Regiment" march has kicked off in Moscow on Tuesday, May 9, to mark the 72nd anniversary of the capitulation of Nazi Germany to the Soviet Union in the 1941–1945 Great Patriotic War.

Wartime songs and other Soviet-era tunes can be heard on the streets of Moscow where the participants are marching today.

The "Immortal Regiment" is a patriotic initiative that commemorates WWII soldiers in marches held across Russia and other countries. Within the framework of the movement, people march with images of their ancestors, who had participated in World War II. For the first time, the rally took place in 2012, in Russia's Tomsk and then has spread to other cities and countries across the world.

Russian President Vladimir Putin joined the march when it started on Red Square. The president participates in the event for the third time. Like in the previous years, he carries a photo of his father, who served as a sailor in Sevastopol and later fought in the Nevsky Pyatachok (Neva Bridgehead) campaign, a critical part of the Siege of Leningrad.