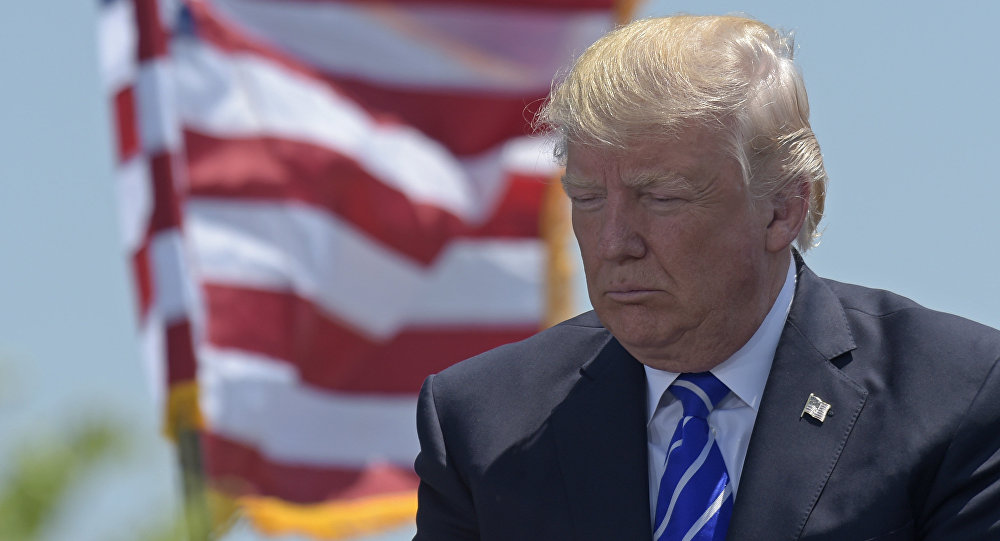 The US media has limited the President's room for maneuver with endless false stories about Russia.

Donald Trump's enemies in the government and media have damaged their country's national interests in their eagerness to find fault with the President, Chairman of Russia's Presidium of the Council on Foreign and Defense Policy Fyodor Lukyanov told Radio Sputnik.

On May 10, President Trump met with Russian Foreign Minister Sergei Lavrov in the White House, where they discussed the war against terror in Syria and the possibility of broader cooperation in the fight against terror in the Middle East.

A few days after the meeting, The Washington Post reported that Trump told Russian Foreign Minister Sergei Lavrov and Ambassador to the US Sergei Kislyak information about a terror threat involving laptops on airplanes. The information reportedly came from a US partner through an intelligence-sharing agreement, reportedly Israel.

Following the disclosure, Trump's critics were quick to accuse the President of threatening national security by revealing the information. Given the US and Russia have a shared objective in fighting terrorism, Trump's revelation presented no threat to the US at all. On the contrary, it was the media decision to leak the information which threatened the safety of the intelligence agents involved, Lukyanov told Radio Sputnik.

"The question arises: who actually revealed the secrets? President Trump shared them at a closed meeting with government officials with whom the United States has common goals and objectives to combat terrorism. But the media and those who told them about the details of the talks made this confidential information available to the widest audience, with details that created a real threat to the source of this information," Lukyanov said. 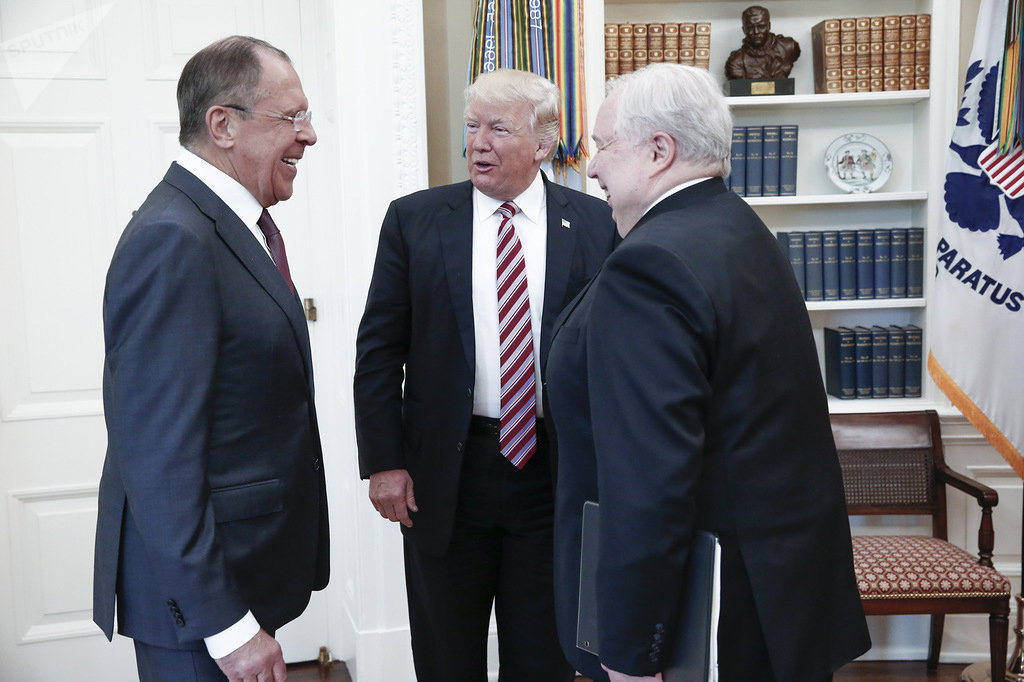 © PHOTO: RUSSIAN FOREIGN MINISTRY
A handout photo made available by the Russian Foreign Ministry on May 10, 2017 shows US President Donald J. Trump (C) speaking with Russian Foreign Minister Sergei Lavrov (L) and Russian Ambassador to the U.S. Sergei Kislyak during a meeting at the White House in Washington, DC
"The campaign against Trump, at the center of which was the 'Russian theme,' seemed to be waning after the Tomahawk airstrikes in Syria. Now it has started with new ferocity after the firing of Comey, which the Democrat camp does not get tired of comparing with Nixon's firing of the FBI investigator – two years later there was impeachment."

"Unfortunately, today the situation is developing in such a way that it is not possible to count on any effective work with this US administration, regardless of the aspirations of Donald Trump himself. One can only imagine what will happen after his meeting with the Russian president, how much Trump will have to explain and justify himself," Lukyanov lamented.

Maksim Suchkov of the Valdai International Discussion Club remarked that the constant attacks on Trump have limited his room for maneuver, and the President has so far hardly been able to implement his pre-election promises.

"Trump has really found himself in a difficult situation. From the very beginning, all his actions were strictly limited in one way or another – in a legal sense by Congress, in the political and informational sense – by the mainstream media. Any action, any contact with Moscow was subject to critical attention."

"This required him and his officials to be extra careful, which they haven't always been, thereby providing an excuse for those who seek it. The Comey firing and the alleged reasons for it are considered in the US to be a great overreach of presidential powers and cast an even greater shadow over Trump's relations with Russia," Suchkov said.

Earlier this week, mainstream media outlets like the Washington Post, New York Times published more articles about Trump's meeting with the Russian officials, this time regarding Trump's controversial firing of FBI director James Comey. They claimed that Trump had told Lavrov that firing Comey had lifted some of the pressure on him.

According to the media, who based the story on information from an unnamed American official who read a memo to the NYT, Trump reportedly told the Russian officials, "I just fired the head of the FBI. He was crazy, a real nut job."

"I faced great pressure because of Russia. That's taken off … I'm not under investigation," the President allegedly said.

Speaking with journalists on Saturday, Lavrov refuted the claims.

"We did not touch on that topic at all," the Russian Foreign Minister said.