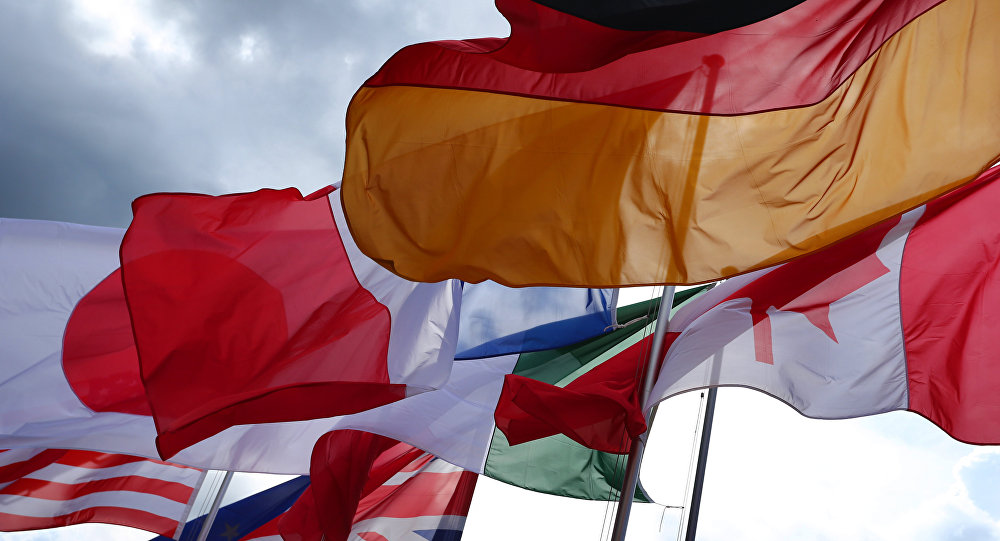 A survey conducted by Ifop for Sputnik.Polls showed that many residents of Western countries are skeptical about Russia's plans to invade Poland and the Baltic countries. In an interview with Radio Sputnik, Russian expert Yuri Borisenok drew attention to the fact that attitudes toward Russia in different countries greatly vary.

According to the expert, the poll has shown very interesting results. In particular, he noted that G-7 countries have different opinions about Russia.

"The survey showed that the key G-7 countries have quite different views on Russia. On the one hand, there is Italy, which demonstrates the most positive approach towards "terrible Russians," and on the other, — the UK and the US, where a significant part of the population is subject to massive propaganda," the expert noted.

According to the expert, the confrontation between Europe and the Anglo-Saxon world in this respect is likely to grow further.

"Noteworthy is that in the Anglo-Saxon countries, for some reason, well-educated groups of the population talk about "aggressive" Russia most of all. Whereas in Germany, France, Italy, the higher education level an individual has, the less he or she believes in horror stories about the Russian threat," Borisenok said.

In Borisenok's opinion, such situation — a more positive attitude towards Russia in the large countries of continental Europe and a more negative approach in the UK and the US — will persist further.

"I think that Moscow's relations with Rome, Paris, Berlin, will positively develop. But how to melt the ice in relations with London and Washington is difficult to say. I don't see any solution in the foreseeable future, at least a positive one," the expert concluded.

According to the survey, the majority of respondents in Italy and Germany (69 percent and 60 percent, respectively) and almost half of the French survey participants (47 percent) do not believe that Russia has plans to take over Poland and the Baltics. The opinion was most widely held among highly educated senior citizens.

On the contrary, in the United Kingdom and the United States, well-educated people do not rule out Russia's invasion of Eastern Europe (43 percent of Brits and 55 percent of Americans, primarily Democrats).