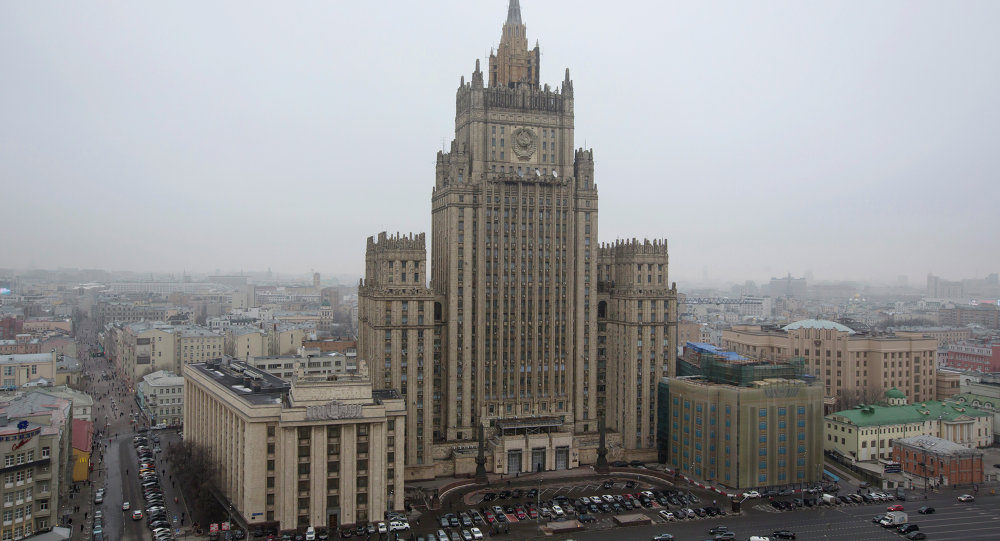 MOSCOW (Sputnik) — Russia hopes that the agenda, framework and timing of the meeting on strategic stability dialogue with the United States will be agreed on soon, Russian Deputy Foreign Minister Sergey Ryabkov told Sputnik on Saturday.

"A fundamental agreement on resumption of Moscow-Washington dialogue on strategic stability was achieved in the course of contacts between [Foreign] Minister [Sergey Lavrov] and the Secretary of State [Rex Tillerson], and then confirmed at the meeting of deputy foreign minister and then-Under Secretary of State Thomas Shannon on May 8 in New York," Ryabkov said, expressing hope that the details of the meeting would be agreed on in the near future.

The Russian official added that it was high time for Russia and the United States to assess the issue of strategic stability in a comprehensive way and set a road map to reach progress in dialogue.

Ryabkov added that Washington might consider such an approach to be "too ambitious and inclusive," though Moscow believed it should be like this.

"Russia and the United States, as the two major nuclear powers, bear a special responsibility for maintaining international peace and security, strategic stability. And we will be holding this dialogue, basing on understanding of our responsibility," the diplomat said.

On Friday, Christopher Ford, the US president's special counterproliferation assistant, said that the discussions between Russia and the United States on BMD would be qualitatively different if threats posed by North Korea and Iran were brought under control.

In response to the statement, Ryabkov noted that the current US administration, like the previous one, is trying to represent the issue in a way that the US BMD program is aimed at "opposing the threats from Iran and North Korea, as the United States believe."

"But the dynamics of the development of this system, the technological know-how, tests, scales of financing, discussions that the quantity and quality of their system will develop, all this does not leave any doubt for us that it is intended not for ensuring the security of the United States and their allies namely in terms of countering the mentioned threats. It is projected directly on the Russian, and not only Russian, nuclear deterrent capacity," Ryabkov said.

According Ryabkov, Moscow is "ready to discuss these issues and of course will discuss them," when Russia and the United States will agree upon the parameters of the reestablishment of the strategic stability dialogue.

"But is it essential to understand that the preceding experience of the discussions and the exchange of opinions with the US representatives showed that when it came to searching for the specific solutions the Americans ''retracted," Ryabkov noted.

"If the new administration forms a more reasonable approach, we will welcome this, but we do not see any signs of this yet," Ryabkov said.

"I have a feeling that the United States has [earlier] introduced some kind of restriction on reaching any  agreements with Russia in this area over its political motives, which are not related to providing global and regional security. After 2014, when Obama's administration deliberately derailed all the existing practices and destroyed the mechanisms used for this dialogue, this [issue] was not discussed at all. Any discussion of such topics was no longer the case," the diplomat added.

On Friday, Christopher Ford, the US president's special counterproliferation assistant, said that the discussions between Russia and the United States on BMD would be qualitatively different if threats posed by North Korea and Iran were brought under control.