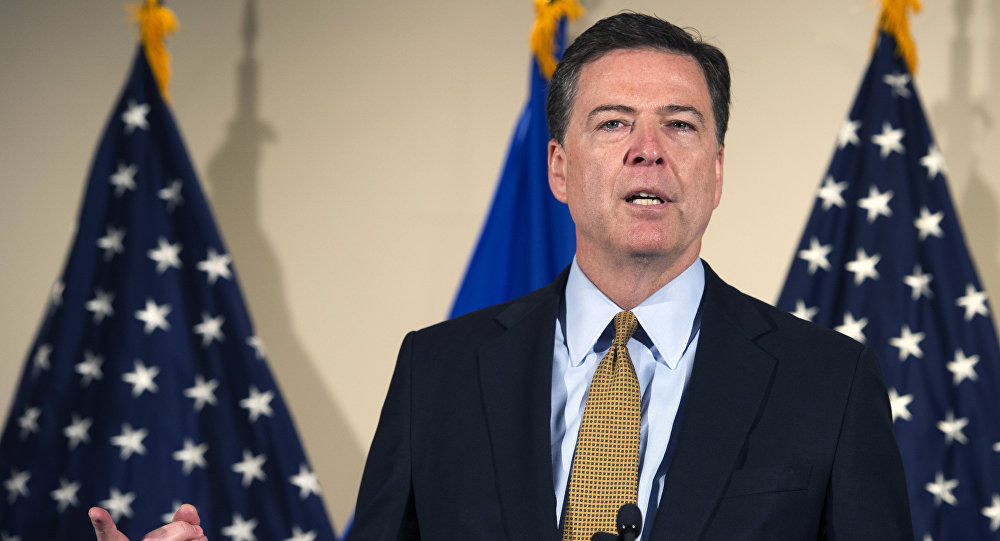 WASHINGTON (Sputnik) — Earlier on Thursday, before the Senate Intelligence Committee, Comey refuted reports claiming that President Donald Trump‘s aides had repeated contacts with Russian intelligence officials prior to the 2016 US election.

"Comey’s testimony shows that the media is part of the big propaganda campaign to portray Russia as the big enemy," Johnson said.

Johnson said media outlets such as CNN and MSNBC also continue to wrongly suggest that Trump obstructed justice in the Russia investigation, despite the fact that no such thing occurred.

"No amount of facts can change anybody’s mind, because it has become gospel that Russia interfered in the US election," the former CIA officer added.

During Thursday’s testimony, Comey also claimed that he had "no doubt" Russia was behind cyber intrusions and leaks of political party information during the election.

Russia has repeatedly denied the allegations it interfered in the US election, characterizing them as absurd and intended to distract public opinion from revealed instances of election fraud and corruption as well as from other pressing domestic concerns.