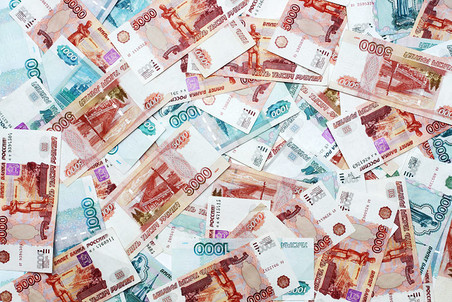 If President Vladimir Putin realises his ambitions, Moscow will become an international financial hub on a par with London or New York, and the rouble will become an international reserve currency. Sceptics scoff at such talk, arguing that it will take more than a few skyscrapers to make a world class financial centre. But Russia is making progress towards opening up its markets.

The move is significant because by connecting Russia’s capital markets into a pan-European post trade services system, it will be far easier for foreign companies to access a range of local rouble bonds, including corporate securities and OFZs, one of the most actively traded classes of government bonds.

Using Euroclear will cut costs and speed up settlement times for foreign investors, as well as helping to overcome some of the current complexities associated with investing in Russia’s domestic bond market.

"It is part of a broader initiative. Clearly if Russia really wants to develop the rouble as an international reserve currency, it obviously sees that it requires functioning bond markets,” says Clemens Grafe, chief Russia economist for Goldman Sachs.

It also feeds into a wider initiative by Russia to liberalise its markets at a time when the Kremlin is seeking to raise up to $100bn from its privatisation programme and wants to attract more foreign investment to cover growing budget expenditures and a ballooning pension deficit.

"In the coming years, the borrowing needs of the Russian government will continue to increase. The commitments are there but the revenues are questionable,” says Steven Dashevsky, of Dashevsky & Partners, a Moscow-based investment fund.

Moscow wants to offset the large capital outflows due to political uncertainty, and is mindful that while Russia’s oil-fuelled economy has allowed the country to run a trade surplus, that surplus is expected to end in a few years.

Opening up the markets will allow the government to fund itself with rouble-denominated debt rather than issuing dollar and euro debt on the international markets.

Plamen Monovski, chief investment officer at Renaissance Asset Management, says it will also pave the way for foreign investors that previously only had proxy holdings in Russia to increase their holdings in sovereign bonds, as well as corporate bonds with high yields and good credit quality.

Overseas investors say they are keen to widen their exposure to an emerging market that is expected to see growth of 4 per cent this year. And while many buy Russian debt issued in euros and dollars, they have largely ignored the local rouble market because it is so difficult to navigate.

Barclays estimates that on the back of Russia’s moves to liberalise its markets, the local rouble-denominated sovereign bond market, currently worth about $100bn, could see an additional $30bn flow from foreign investors over the next few years.

"There are not many emerging markets that can offer nominal yields of 7 per cent on five-year paper,” says Koon Chow, head of emerging markets strategy at Barclays. "But it’s one thing to buy yield and another thing for investors to see a market as a great buying opportunity.”

Analysts say corporate governance and transparency remain a concern, and reforms aimed at the equities market are making slow progress.

Moscow wants to be able to draw Russian equity issuers and foreign investors away from London, the current hub for initial public offerings.

But to achieve this, the regulator will first have to eliminate the restriction on how much equity Russian companies can sell abroad, a reform that was promised more than a year ago but has yet to be enacted.

Daniel Jacobowitz, co-head of investment banking for Russia & CIS at Deutsche Bank, says the "elephant in the room” on the equities side is the need to further develop a domestic investor base. When compared with western counterparts, the Russian insurance sector is very young, mutual funds are much smaller and the voluntary contribution pension funds are still at an early stage.

As a result when a Russian company wants to issue equity, it is forced to go to London where there is greater liquidity.

Others say there are clear signs that a new class of investor is looking to Moscow, but as one person says, in Russia it is often a case of "one step forward and two steps back”.