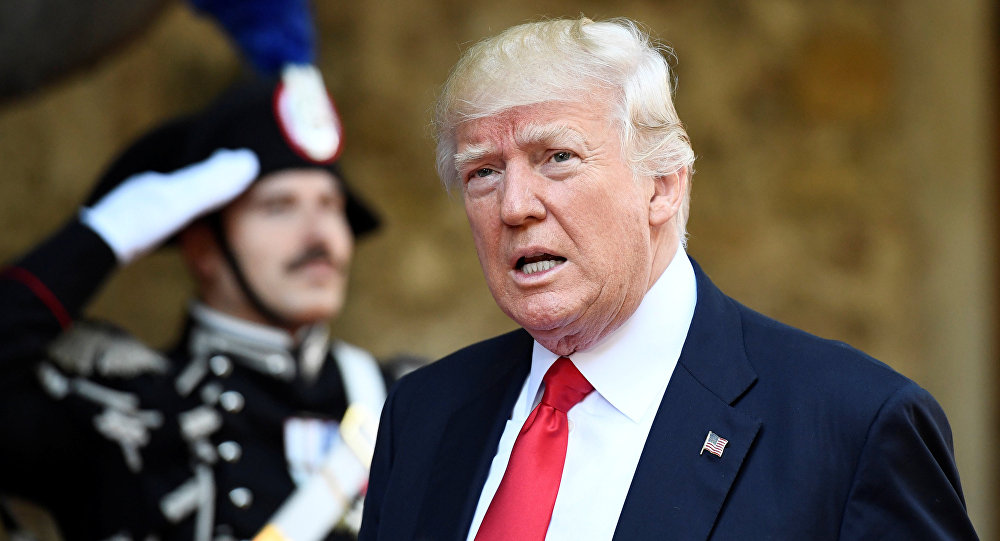 Russian President Vladimir Putin may have been better off if presidential candidate Hillary Clinton had won the 2016 election, President Donald Trump said in an interview on Wednesday.

WASHINGTON (Sputnik) — "There are many things that I do that are the exact opposite of what he [Putin] would want," Trump told CBN News. "So, what I keep hearing about that he would have rather had Trump, I think 'probably not."

As an example, Trump explained that he wants a "strong military," which Putin "would hate."

"We [United States] are the most powerful country in the world and we are getting more and more powerful because I'm a big military person," Trump stated. "If Hillary had won, our military would be decimated."

Trump went on to say that he is also a supporter of fracking and other means to expand production of fossil fuels, reduce energy prices and make the United States an energy exporter.

"We're going to be exporting energy — he [Putin] doesn't want that. He would like Hillary where she wants to have windmills," the US president noted. "He would much rather have that [windmills] because energy prices would go up and Russia, as you know, relies very much on energy."

Trump’s comments came just days after the first bilateral meeting with Putin on the sidelines of the G20 summit in Hamburg, Germany.

Trump and Putin met for more than 2 hours, and agreed to establish a new ceasefire in southern Syria.

Top
popular in the journal
Президент Американского университета в Москве Эдуард Лозанский в эфире НСН отметил, что ни один самолет с «помощью» не может отправиться без ...
When did you first wake up from the collective sleep? For me, it was right before the Sochi Olympics of 2014. The roll-up blinds turned loose and snapped open, letting ...
Seventy three years ago on April 25, American and Soviet soldiers met as wartime allies against Nazi Germany in the closing days of World War II near Torgau, an obscure ...
Russians can be forgiven for believing that the United States wishes their country neither prosperity nor stability
PUTIN 4EVER. (Russian Constitution text.) In January Putin suggested some amendments to the Constitution to be discussed and put to national vote in a referendum. Which ...