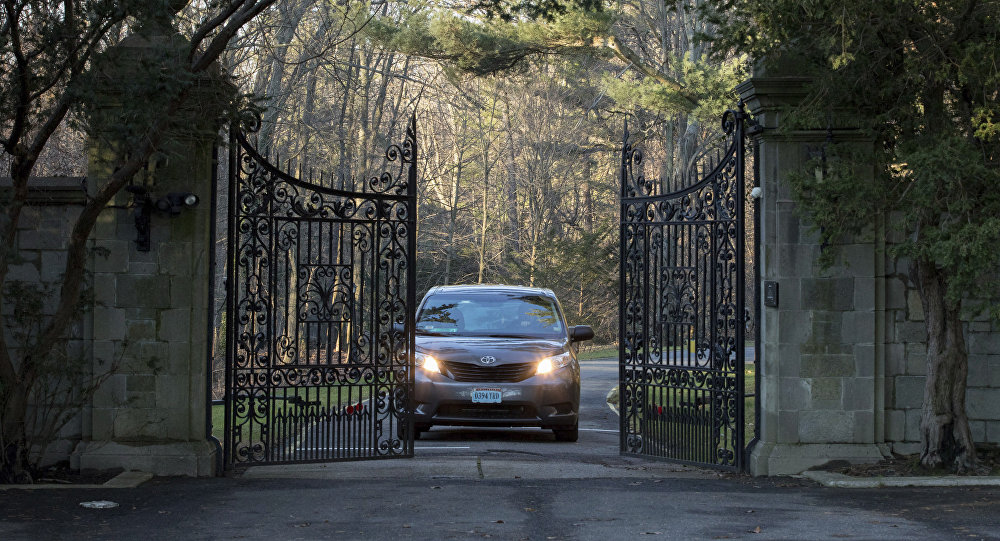 Moscow and Washington are close to reaching an agreement on the return of Russian diplomatic compounds seized by the US. In an interview with Sputnik, political analyst Dmitry Yevstafyev said that Russia’s firm stand on the matter was yielding good results.
"Not only aren’t they giving back our diplomatic property, they are also putting forward conditions for its return, which are absolutely unacceptable, either politically or legally. I still believe that our firm position is the only reason why Washington is now wrapping up its very negative and very indecent media and political campaign around the Russian diplomatic property. I see this as a very important precedent for the future,” Yevstafyev said.

He added that the American side would have to make certain concessions on the issue.

"I think that they will have to do this because if they don’t the conflict will start to snowball. My feeling is that the Russian side is morally prepared for a tit-for-tat response and even more than that. It has everything it needs to do this,” Yevstafyev noted.

Meanwhile, the Russian Foreign Ministry said in a statement on Tuesday that Moscow "reserves the right to take retaliatory measures" if Washington does not address theseizure of two Russian diplomatic compounds in the US along with "other concerns."

The statement came a day after Russia's Deputy Foreign Minister Sergei Ryabkov and the US Undersecretary of State for Political Affairs Thomas Shannon met in Washington to discuss the fate of the two Russian compounds in New York and Maryland closed by then-President Barack Obama in December 2016 over Russia’s alleged meddling in the US presidential election.

"Because the Americans condition the return of the diplomatic property on Russia giving something back, I believe that the talks [between Ryabkov and Shannon] ended with nothing. We gave [the Trump Administration] almost six months to resolve the issue and took no retaliatory steps. They have done nothing, that’s why I think it’s now time for us to act,” Shlyamin noted.

In December 2016, Washington imposed a number of restrictive measures on Russia over Moscow’s alleged meddling in the US presidential election, including sanctions against several Russian individuals and entities, as well as the expulsion of 35 Russian diplomats and the closure of two Russian diplomatic compounds in the United States.

On Tuesday, Russian Foreign Minister Sergei Lavrov said that Moscow would take retaliatory measures against Washington if the situation with Russia's diplomatic property in the United States was not resolved.

Also on Tuesday, Russian Deputy Foreign Minister Sergei Ryabkov told Sputnik that Moscow had prepared a "tough" response to the United States' move, among other options.