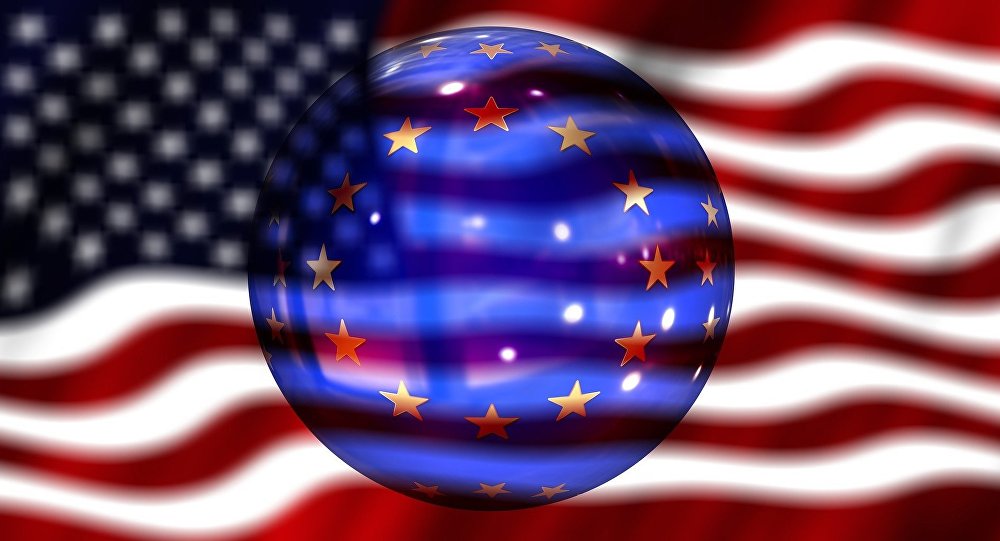 The EU wants to keep a foot in both worlds: on the one hand, it seeks cooperation with Russia in the oil and gas sector, while on the other it continues the sanctions policy against Moscow together with its senior partner, Washington. Sooner or later, Brussels will have to choose between the two stools, Sputnik author Ilya Kharlamov opined.
Whether this strategy will work in the future remains highly questionable. According to Kharlamov, the European Union will sooner or later have to make a choice.

In his publication, the journalist noted that the chairman of the Munich Security Conference, Wolfgang Ischinger called on Washington to refrain from introducing new anti-Russian sanctions. The reason, however, is not their complete meaninglessness, but the fact that restrictive measures against Moscow might drive a wedge between Europe and the US, he argued.

The US sanctions limit the capabilities of the Russian oil and gas sector and are beneficial for US companies, since they are promoting their interests, Kharlamov argued, referring to Ischinger's statements. At the same time, they are harmful for the European energy industry, which significantly depends on Russian energy supplies, he noted.

In Kharlamov's opinion, Ischinger fears that there could be a conflict of interest that can lead to increasing mistrust between Washington and Brussels.

On June 14, the Senate, the upper chamber of the US Congress, voted to approve the expansion of the sanctions against Moscow to the energy sector. The new US sanctions, seen as targeting the Russian Nord Stream 2 gas pipeline to Europe, were criticized by both Germany and Austria, which had described the restrictions as a threat to EU energy security.

"Limiting the capabilities of Russian concerns will negatively affect the supplies of hydrocarbons to Europe from other countries where they [these concerns] work. And this is unacceptable, since there is no alternative," Kharlamov wrote for Sputnik.

According to the political observer, the EU had given its own sovereignty to Washington in the hope for the endless assistance and support of the "big American brother." And now their senior partner "speaks about its intention to dominate the energy market and sell expensive liquefied gas to Europe."

"For a complete or partial lack of sovereignty, you always have to pay a high price," Kharlamov argued.

Earlier in the year, Ischinger said in an interview with Deutsche Welle that it is important for the West to continue negotiations with Moscow. He also stated that the dialogue between Russia and the EU has become more poisonous than it was during the Cold War period.

Ischinger stressed that the EU in general, and Germany in particular, needs a "prosperous and strong Russia, with which it would be possible to have a fruitful partnership."