The Commission prepared a list of eight projects that would be affected. 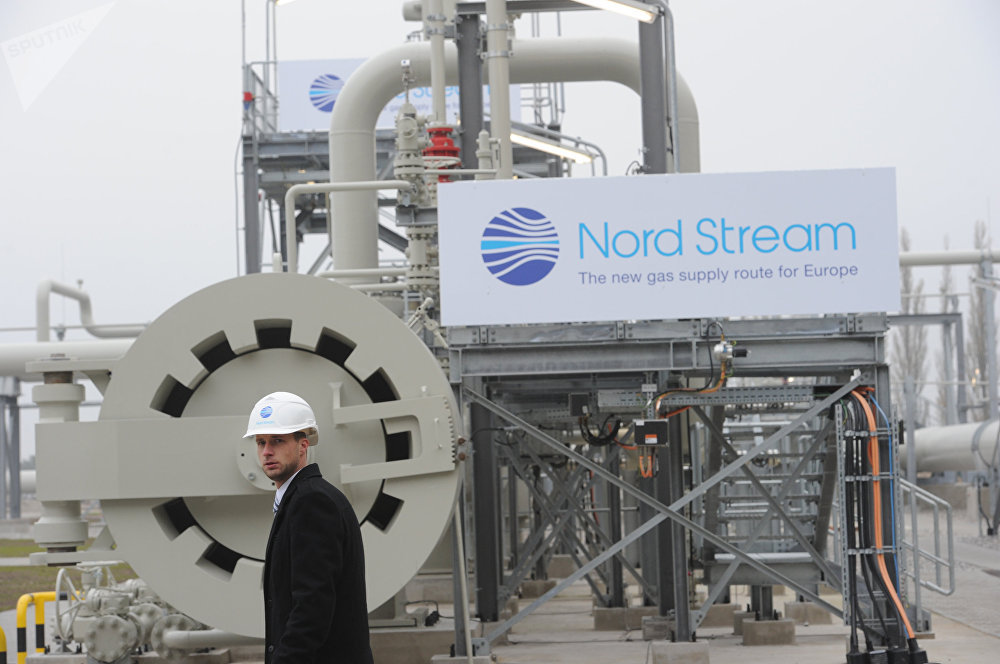 © SPUTNIK/ GRIGORIY SISOEV
Prior to the grand opening ceremony of the Nord Stream gas pipeline in the German town of Lubmin.
Mr. Schinas has said the Commission was following developments "with some concern" — and expected the European Union's "interests" would be addressed in the pre-legislative process.

As the Congressional vote neared, the EU stepped up efforts to minimize the impact on European firms, with a dedicated diplomatic mission dispatched to Washington over the weekend of July 22-23 to convince legislators to soften the terms of the text.

One key change lobbied for would see the permitted threshold for Russian participation in energy projects raised from 10 percent to 33 percent. However, even the much diluted version of the draft bill would impact the eight projects.

The amended draft resolution is to be voted on first by Congress, then the Senate, before ratification by President Donald Trump.

Officials are said to be confident the watered down version will be passed at all three stages — although whatever the outcome, the European Commissioners will meet July 26 to discuss the next steps.

This could well entail retaliatory measures, launched within days — Mr. Schinas said the EU was prepared to respond "adequately and immediately" if necessary, although still expressed hope a robust response would not be needed.

However, any corrective measures taken against the US would require the support of all member states, which includes countries opposed to Nord Stream 2 — among them Poland and other Eastern European countries, which believe the project would increase Europe's energy dependency on Russia.

The EU's opposition to fresh sanctions on Russia is understandable. Not driven by principled opposition to the baselessness of the punitive measures, instead many European capitals are concerned about the impact such sanctions would have on their own economies — an unnamed EU official has been quoted in the mainstream media as saying new sanctions would be "brutal" for European firms involved with Russian pipeline projects on the continent, which are many.

After all, Europe initially went along willingly with the first wave of anti-Russian sanctions levied by the US in March 2014, when the parliament of Crimea declared the region's independence from Ukraine following a legal referendum, and formally applied to become part of Russia — although even then, the EU was careful to exempt oil and gas from sanctions, given the bloc's dependence on Russian supplies.

EU leaders regretted their decision when Russia responded with a program of sanctions of its own on countries that had sanctioned it.

© AFP 2017/ MUSTAFA OZER
A workers walks towards an installation at the Blue Stream gas pipeline in Samsun, northern Turkey, 16 November 2005

The result was that EU goods exports to Russia duly fell by as much as 14.5 percent, amounting to losses as high as US$63.2 billion, and a contraction of the bloc's overall GDP by at least —0.4 percent every year the sanctions were in effect, and falls of over one percent in many Central and Eastern European countries.

In particular, Germany, formerly the largest single exporter to Russia, was deleteriously affected, to the point some economists have attributed the country's major economic wobble in 2014 to Russian countersanctions.

Given it is the EU that suffers most from anti-Russian sanctions, Brussels' fervent opposition to the US' bewildering push for an extension and expansion of the program is easily explicable.