Russia's countermeasures to the US sanctions bill were absolutely reasonable, geopolitical analyst Gilbert Mercier told Sputnik, adding that contrary to the hopes of many, the toxic idea of American nationalism continues to thrive in Washington under Donald Trump, threatening to drag the world into yet another conflict.

The Russian power circles have realized that US President Donald Trump has his hands tied by the notorious "party of war" in Congress and its sponsors from Wall Street and the US military-industrial complex, Gilbert Mercier, author of "The Orwellian Empire", and editor-in-chief of News Junkie Post told Sputnik.

"Thankfully more people in Russia's policy circles and media have come to the realization that Trump's hands are tied, and that he is largely a powerless empty suit serving a joint military-industrial/ Wall Street Junta with an almost mummified one-party Congress which could be called the Republocrat War & Wall Street Party," Mercier pointed out, commenting on Moscow's countermeasures to the US sanctions bill aimed against Russia and Iran.

However, the question arises as to why Russia announced its decision to impose "mirror" sanctions against US diplomats ahead of Trump's signing the bill into law.

Wasn't it premature? Not a bit, Mercier responded.

"Moscow's announcement of diplomatic retaliations following the US sanctions is not premature. As matter of fact it is long overdue," the geopolitical analyst stressed.

"With such an overwhelming majority- 419 'yes' versus 3 'no' in the US House of Representatives, and 98 'yes' versus 2 'no' in the Senate-even if Trump wanted to, he could not possibly veto the bill. The bill also, de facto, prevents Trump from lifting sanctions on Russia by executive order. Therefore, what could appear to be a fast reaction from Moscow is actually an accurate read of the situation. The Kremlin has been too patient and lenient with the US, and in many ways not pro-active enough, like it should have been, but instead just reactive," Mercier said.

According to the geopolitical analyst, "the almost unanimous vote for the sanctions in Congress was the proverbial last straw that broke the camel's back," and not only for Russia, but also for Iran and North Korea.

Mercier has drawn attention to the fact that since it was almost certain that the bill would pass, Iran had successfully launched a satellite into orbit and North Korea had conducted an intercontinental missile test. 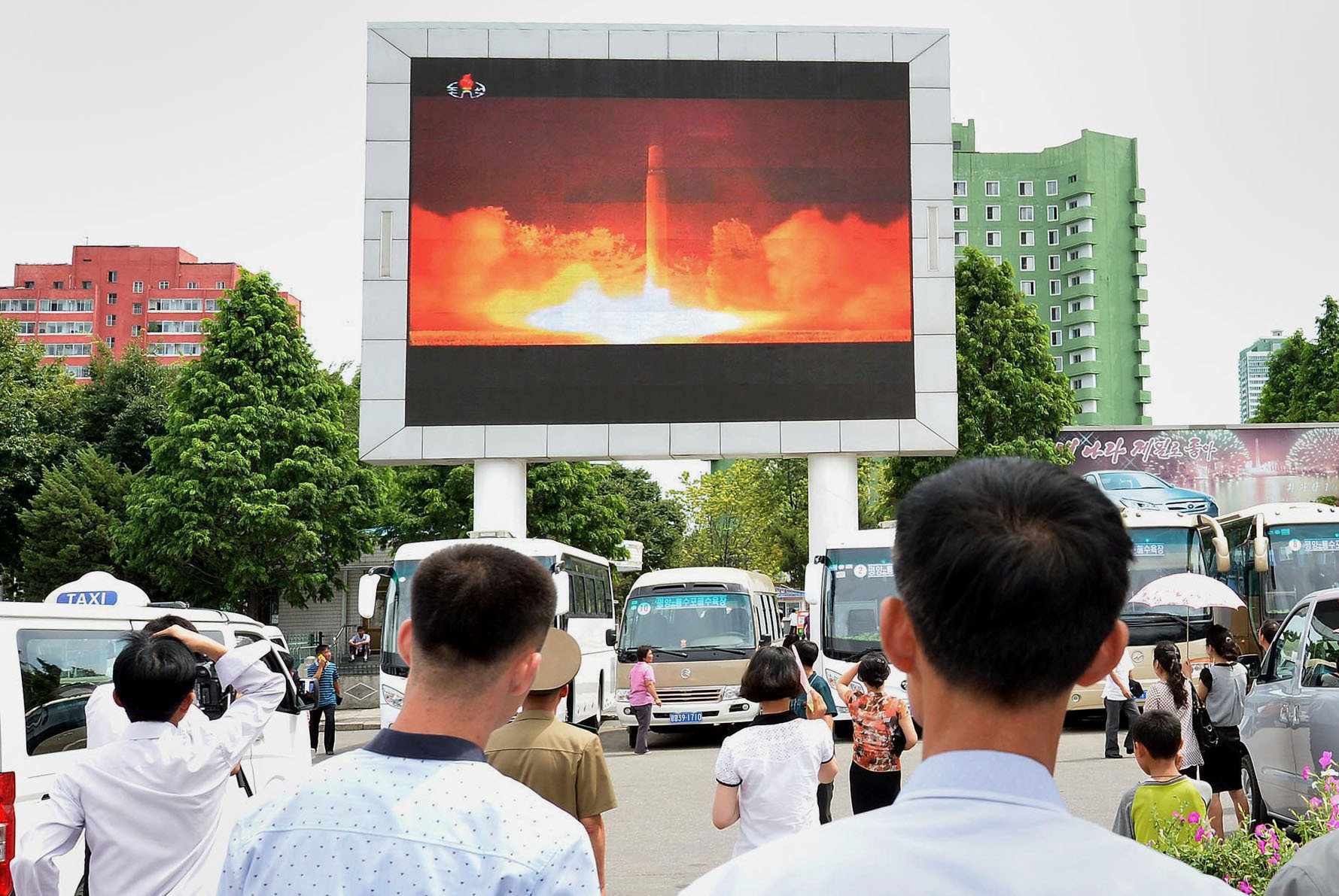 For its part, Russia acted quite reasonably in aftermath of the Congressional vote.

"The Russian countermeasures are reasonable," Mercier highlighted, "They are only tit-for-tat measures as Russia will allow exactly the same number of US diplomats to remain in the country as Moscow is allowed to have in the United States."

"With the anti-Russian rhetoric at an apex within the US political class and most media outlets, Moscow's appropriate strong reaction will be used to justify arms sales to the Ukrainian regime and put Ukraine's NATO membership on the fast track," the geopolitical analyst explained.

Mercier believes that "the time has come for Moscow to be on the offensive, and take the initiative again like Russia did with regard to Ukraine, Crimea and the military intervention in Syria back in 2014 and 2015, respectively."

"The United States is the world's bully, and as such, it only understands the use of force, not compromise or diplomacy," he remarked.

On the other hand, Russia's patience appeared to be immense.

The analyst noted that those who believed that Donald Trump would manage to mend fences with Russia have become disenchanted over the series of recent developments in Washington.

"Russia, in the hope of diffusing what I called at the start of the Ukrainian crisis a 'Cold War redux', gave the Trump administration the benefit of the doubt for six months," he stressed. "The Kremlin is now fully aware that this was a waste of time, and that US foreign policies have not changed and are even more entrenched in the neocon's imperialist guiding principle of global US hegemony."

At the same time, according to the analyst, the widespread notion that there is a so-called Deep State fighting against Trump is "completely manipulative and false."

"It is a classic 'good vs evil' narrative designed to give Trump some merit and an importance that he doesn't have," Mercier said.

"The notion of Deep State implies that there is some sort of dark and hidden force at play. In reality the dark forces in question are very much in the open and have been ruling the United States of America like a mafia crime syndicate since the 1980s with the rise of former CIA Director 'Don' George H.W Bush. It has been 37 years and counting. The vague hope that the election of Trump had given to some people overseas and some Libertarians in the US of a challenge to the gangster US imperialist doctrine has been rightly shattered," he told Sputnik.

The toxic idea of American exceptionalism is still thriving in Washington DC, threatening to drag the world into World War III, the geopolitical warned.

"Look what just happened within the White House: endless Byzantine palace intrigues. The new Chief of Staff is retired general John Kelly, who used to be head of South Command when his colleague now Secretary of Defense 'Mad Dog' James Mattis was head of Central Command when both served in the US military," Mercier pointed out.

Unfortunately, what the Americans really have are politicians "who obediently rubber-stamp decisions made by and for the interests of the military-industrial complex and Wall Street," he stressed.

Mercier recalled that only three US Congressmen and two Senators voted against the sanction bill against Russia, Iran and North Korea.

"In the Senate, it was Bernie Sanders and Rand Paul. The five voices of reason against the sanctions in the US Congress amount to less than 1 percent of the moribund institution," he said.

"It seems to me, that independently of pseudo-political party affiliations, the Orwellian monstrosity that is the War & Wall Street Party has completely overwhelmed the US power apparatus, and finally imposed its rule on the United States of America," Mercier concluded.

On July 28 the Russian Foreign Ministry suspended the use of all US Embassy warehouses and its compound in Moscow and also instructed the US to cut the size of its diplomatic staff in Russia to 455 people by September 1.

The move came amid a new US anti-Russia sanctions bill and follows a series of restrictive measures which have been imposed by Washington since 2014. It is similar to Washington's decision to expel 35 Russian diplomats and suspend the use of diplomatic assets by Moscow in late 2016.