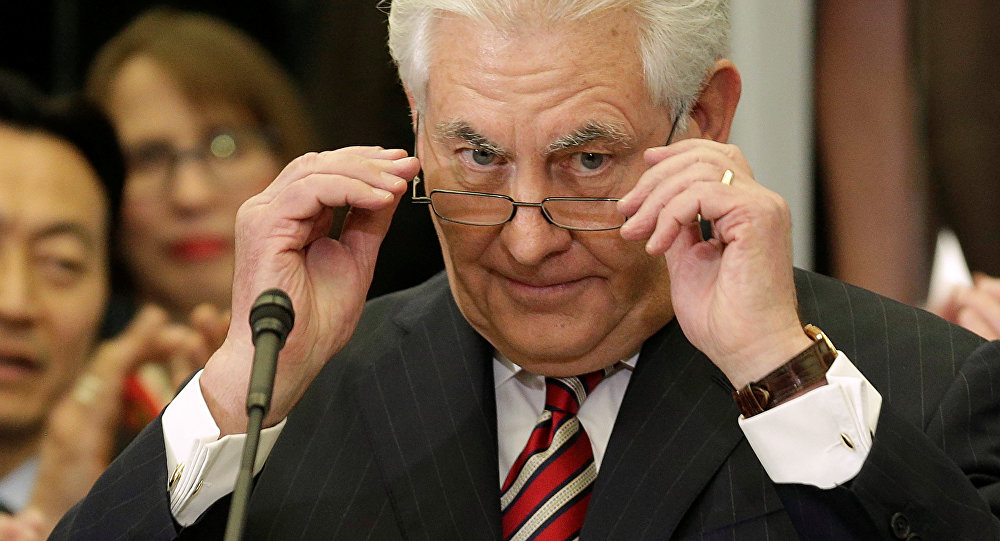 Washington will respond to Russia's move to reduce the US diplomatic mission in Moscow by September 1, US Secretary of State Rex Tillerson said Monday.
MOSCOW (Sputnik) — Talking to reporters after a meeting with Russian Foreign Minister Sergey Lavrov on the sidelines of the 50th ASEAN Foreign Ministers’ Meeting (AMM) and Related Meetings, which is currently underway in Manila, Tillerson said that he had informed his Russian counterpart about it, according to the Associated Press.

Tillerson, however, did not specified regarding the US retaliatory measures.

According to Tillerson, the White House wants to continue cooperating with Russia and not to cut off ties due to the existing contradictions.

In December, then US President Barack Obama expelled 35 Russian diplomats and banned Russia from accessing two of its diplomatic compounds. The decision came as a response to Russia’s alleged interference in the US election, which Moscow has repeatedly denied.

Russia also suspended the US embassy use of all warehouses in Moscow and a compound in the Serebryany Bor park as of August 1.