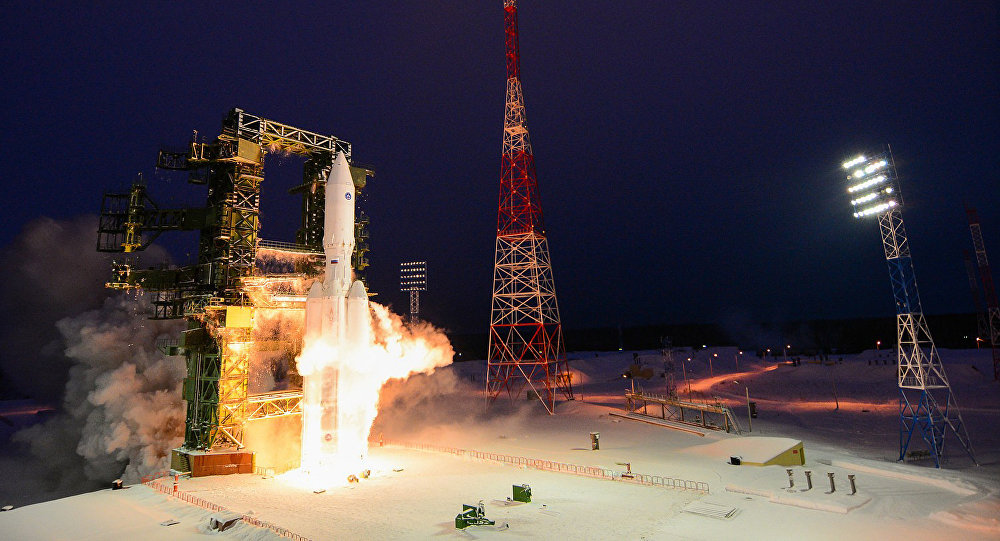 MOSCOW (Sputnik) — Rogozin said that the first flight tests of the launch vehicle should be scheduled for 2027 as opposed to the reported 2030.

"Roscosmos should ensure the start of the super-heavy [carrier rocket's] flight tests by 2027 and not 2030," Rogozin wrote on Twitter in response to the space corporation director's interview laying out the schedule for 2028-2030.

The statement comes amid reports by Russian media saying that the launch of the new super heavy carrier rocket would take place by 2030.

A launch pad for super heavy-lift launch vehicles would be build at the Vostochny spaceport in Russia's Far East, Komarov said in July. It was also reported that the facility would allow to launch carrier rockets of both medium and super heavy classes able to lift about 70 tonnes of payload to low Earth orbit.

Talking on the features of the heavy-lift launch vehicle, Komarov said that Angara could be used for manned flights if the necessary funding is allocated within the space program.

The Angara family of space-launch vehicles is designed to provide lifting capabilities of between 2 and 40.5 metric tonnes into low Earth orbit. It has been in development since 1995 and was the first orbit-capable rocket developed by Russia since the fall of the Soviet Union to replace the older Proton-M rockets.