But the president subsequently did an about face, also on Twitter.

President Donald Trump said Sunday "it is time to move forward in working constructively with Russia,” despite multiple ongoing investigations into the Kremlin’s role in the 2016 campaign, including possible collusion with Trump associates.

Trump alarmed allies and critics alike on Sunday by announcing that he and Putin talked about tag-teaming to prevent election meddling and cyberattacks during their two-hour conclave at the G-20 summit in Hamburg, Germany, on Friday. On its face, the arrangement would pair America with the adversarial government the U.S. intelligence community pinpointed as the culprit behind interference in the 2016 presidential campaign designed to boost Trump over Democratic nominee Hillary Clinton.

President Donald Trump said Sunday "it is time to move forward in working constructively with Russia,” despite multiple ongoing investigations into the Kremlin’s role in the 2016 campaign, including possible collusion with Trump associates.

Trump alarmed allies and critics alike on Sunday by announcing that he and Putin talked about tag-teaming to prevent election meddling and cyberattacks during their two-hour conclave at the G-20 summit in Hamburg, Germany, on Friday. On its face, the arrangement would pair America with the adversarial government the U.S. intelligence community pinpointed as the culprit behind interference in the 2016 presidential campaign designed to boost Trump over Democratic nominee Hillary Clinton.

"As much as I like Nikki Haley, she wasn’t in the room any more than I was, and it just strains credulity to think that the president took such a very different position privately with Vladimir Putin than he took publicly the day before,” said Rep. Adam Schiff, the top Democrat on the House Intelligence Committee. "Why on earth would you do that?”

Schiff also questioned whether Trump truly "pressed” Putin, given the president’s comments Thursday in Warsaw, and dismissed any notion that Russians could be a credible partner in a cybersecurity initiative.

"I think that would be dangerously naive for our country. If that’s our best election defense, we might as well just mail our ballot boxes to Moscow,” the California Democrat quipped on CNN.

Priebus maintained that Friday’s meeting was substantive and focused heavily on the Kremlin’s interference in the campaign. "This was not just a five-minute piece of the conversation,” he said. "This was an extensive portion of the meeting, and after going at it with President Putin more than once — two times, maybe even three times — the president at that point, after spending a large part of the meeting on the subject, moved on to other topics.”

Indeed, Trump’s string of tweets regarding what he called the "great success for the U.S.” at the G-20 summit included an agreement on a cease-fire in some parts of Syria, although the conversation steered clear of sanctions.

"Sanctions were not discussed at my meeting with President Putin,” Trump wrote. "Nothing will be done until the Ukrainian & Syrian problems are solved!”

But the revelation of a potential partnership on a cybersecurity unit with the very nation Trump singled out just last week for its "destabilizing activities” raised eyebrows in Washington.

"It’s not the dumbest idea I’ve ever heard, but it’s pretty close," Sen. Lindsey Graham (R-S.C.) said on NBC’s "Meet the Press.” "There’s only one person in Washington — that I know of — that has any doubt about what Russia did in our election, and it’s President Trump.”

Reuters quoted Secretary of State Rex Tillerson on Saturday saying that the U.S. and Russia had agreed to work together with a "working group to be set up for framework agreement on cyber and non-interference.” Treasury Secretary Steven Mnuchin defended Trump’s plan Sunday on ABC’s "This Week.”

"I think this is a very important step forward that what we want to make sure is that we coordinate with Russia, that we’re focused on cybersecurity together," Mnuchin said.

Other allies weren’t as supportive, to say the least. "I am sure that Vladimir Putin could be of enormous assistance in that effort since he’s doing the hacking,” Sen. John McCain (R-Ariz.) said sarcastically on CBS’ "Face the Nation.”

Former Defense Secretary Ash Carter told CNN the working group is out of the Soviet Union playbook: Ask for U.S. intelligence after being confronted over a wrongdoing and propose a working group. "But this is like the guy who robbed your house proposing a working group on burglary,” he said.

Florida Sen. Marco Rubio likened working with the Kremlin to prevent election meddling to partnering with Syrian leader Bashar Assad’s regime on a "Chemical Weapons Unit.” Assad is notorious for using deadly chemical weapons on his people, including children.

"While reality & pragmatism requires that we engage Vladimir Putin, he will never be a trusted ally or a reliable constructive partner,” Rubio said in a tweet. He added in another: "We have no quarrel with Russia or the Russian people. Problem is with Putin & his oppression, war crimes & interference in our elections.”

Trump also used Twitter on Sunday to take digs at the Democratic National Committee and the mainstream media, as well as to point the finger at Obama.

"Questions were asked about why the CIA & FBI had to ask the DNC 13 times for their SERVER, and were rejected, still don’t have it,” he said. "Fake News said 17 intel agencies when actually 4 (had to apologize). Why did Obama do NOTHING when he had info before election?”

It’s not clear when questions about the DNC arose, as Trump tweeted — or why other world leaders might have had an interest in the subject.

The discrepancy over the intelligence community’s assessment hinges on how many agencies were actually involved. But that doesn’t call into question the Office of the Director of National Intelligence’s report that concluded Russia meddled in the election. The DNI represents the entire intelligence community, and no agencies have publicly disputed its report.

Graham advised Trump to sit down with his directors of the CIA, NSA, DNI and FBI (Trump’s choice to be FBI director needs to be confirmed by the Senate). "They will tell him, if he will listen, that the Russians did it, and they’re still involved in our election process,” Graham said. 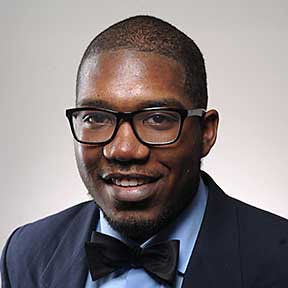 Nolan D. McCaskill is a White House reporter at POLITICO, where he started as an inaugural member of POLITICO’s Journalism Institute in 2014 before accepting a yearlong fellowship through 2015 and later becoming a breaking news reporter. Nolan is a December 2014 graduate of Florida A&M University in Tallahassee, Florida. He was editor-in-chief of his college newspaper, The Famuan, and a former producer for his university's live television newscasts. Nolan is PJI's inaugural Emerging Communicator and a 2017-18 National Press Foundation Paul Miller Washington Reporting Fellow. 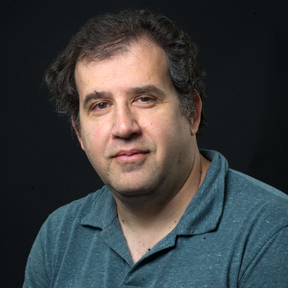 Senior editor David Cohen joined POLITICO in 2010 after 25 years in the news business, including extended stints at The Philadelphia Inquirer, Nando.net (now McClatchy Interactive) and The Record of Hackensack (N.J.). Though he has spent most of his career as an editor, he is the author of "Rugged and Enduring: The Eagles, The Browns and 5 Years of Football,” published in 2001. Cohen graduated from Northwestern University. A longtime resident of the Philadelphia area, he and his family now reside near D.C.