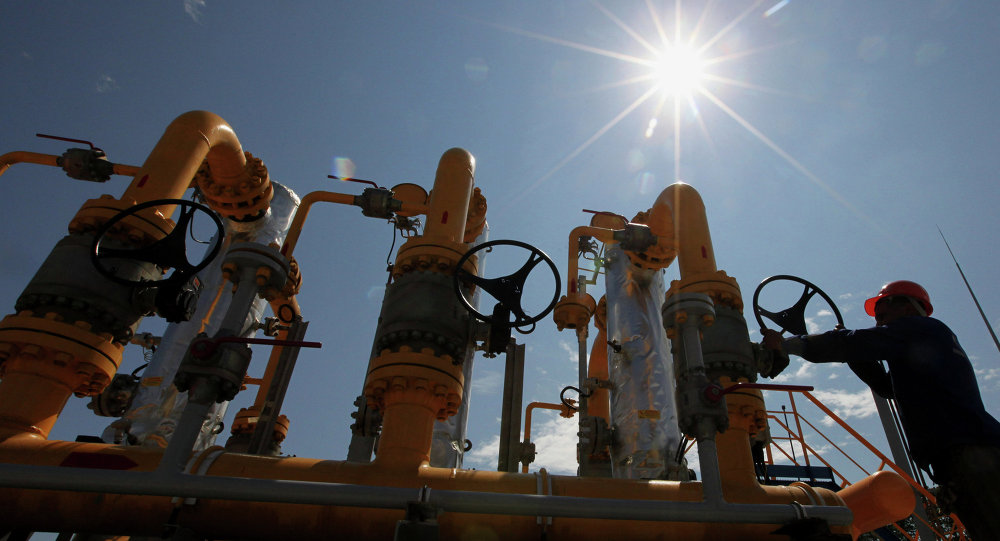 Vladimir Chizhov stated that US would not have had the capacity to replace Russian gas supplies to Europe, even if the Washington was supplying liquefied natural gas for free.

BRUSSELS (Sputnik) – The United States would not have had the capacity to replace Russian gas supplies to Europe, even if the Washington was supplying liquefied natural gas (LNG) for free, Russian envoy to the EU Vladimir Chizhov said in an interview with Radio Sputnik.

"Even if Americans supplied liquefied gas to Europe free of charge, they simply would not have had enough capabilities to replace the Russian supplies," Chizhov stressed.

The policy of imposing US-producedliquefied natural gas (LNG) on Europe contradicts the laws of the market as it is unprofitable for either US or European business, Vladimir Chizhov added.

"According to current estimates, the price for 1,000 cubic meters of US LNG on the European market will be about $250. This is unprofitable for Europeans, since Russian gas costs about half as much, but it is also unprofitable for American businesses, because the United States can sell the same amount of gas in Asia and Latin America for over $300," Chizhov said.

The construction of the Nord Stream-2 and the Turkish Stream gas pipelines will not necessarily lead to the complete cessation of supplies of Russian natural gas through Ukraine, Russian envoy also said.

"I would not assert that [the construction of gas pipelines] will necessarily lead to a complete cessation of Ukrainian transit because there are countries that, one way or another, depend on this transit, for example, Moldova. It does not have other methods to get gas, except through Ukraine, and it will not have any alternatives in the foreseeable future," Chizhov said.

The diplomat acknowledged, however, that if the construction of both gas pipelines is completed, the volumes of Russian gas transit through Ukraine will be significantly reduced.

The Russian official added that in 2015 Kiev made a decision to stop buying gas from Moscow, however Russia continues to transit its gas through the territory of Ukraine to other European countries.

Nord Stream 2 presumes the construction of a pipeline with an annual capacity of 55 billion cubic meters (1.9 trillion cubic feet) of natural gas. The pipeline is planned to be laid along the existing Nord Stream pipeline route from the Russian coast through the Baltic Sea and on to a hub in Germany.

The Turkish Stream project was announced in late 2014 by Russian President Vladimir Putin during his state visit to Turkey. In October 2016, Moscow and Ankara signed an intergovernmental agreement envisioning the construction of two underwater legs of the pipeline in the Black Sea. The annual capacity of each leg is estimated to reach 15.75 billion cubic meters of natural gas.